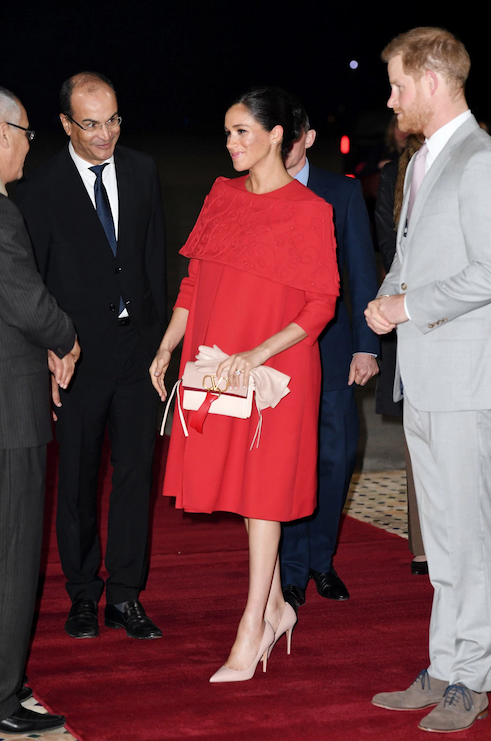 A couple weeks ago, as Mr. B was putting our preschooler to bed, I was lying on the couch, balancing a container of creamy Icelandic yogurt on my lap, and scrolling through People.com. It’s something I do a lot these days because I’m four and a half months pregnant, and my brain has completely turned to mush.

In order to grow a human being, one of the first things you grow is a placenta, the protective sack of nutritious lifeblood that makes its appearance at the end of a pregnancy as an unimpressive blob.

But for nine months, the placenta is a living organ that needs to support the baby. to grow the placenta, your body takes that energy out of you to allocate to that task. Throughout the process, you feel like you are going through life trying to cut a never-ending fog with a dull butter knife.

All of your attention is immediately diverted to this process of growth and replication, and where once your brain was, happily thinking about emails and alerts and Kubernetes and agile, is now just a fuzzy void that wants to do nothing but sit on the couch and gestate quietly, away from the world and all of its demands.

During this period of quiet growth, I don’t want to read about global warming, or container architectural paradigms, or that email alert that just popped up on my phone again.

What I do want to read about is Meghan Markle.

Meghan is about three months ahead of me in her pregnancy - she’s due in April - and boy has she been busy. Since she announced she was pregnant, she’s travelled to Fiji, Australia, New York, and Morocco.

In between, while she was in Great Britain, she’s gone to community kitchens, the Fashion Awards, and even became the patron of a charity. She also wrote a cookbook.

Did I mention she also does prenatal yoga and is decorating her new house?

As I am sitting on my couch in my maternity sweatpants, brain wrapped in a gelatinous mound of goo, eating my whole milk Siggis, I am thinking about Meghan Markle in her high heels, in front of the cameras halfway across the world.

I’m feel a great deal of sympathy for her, and exhaustion on her behalf.

It’s true that, in some ways, she chose this life, but no one should have to wear heels after their first trimester.

Really, when I dig deeper into the bottom of my mixed berry yogurt, what I’m feeling sorry for is not just Meghan, but what she represents.

The Duchess is a living representation of what is approved and permissible in Western society for women during their pregnancies.

Whereas in centuries prior, women would try to conceal their pregnancies through physical means, today, in our Instagram-driven society, it’s fashionable to show your bump.

But, we want women to conceal the true effects of pregnancy through favorable images and elision of details of what pregnancy really entails. Today, pregnant women should be successful at work, at home, look stylish and put together, and carefully tuck away any physical indications that they are growing a baby into pictures they never post to Instagram.

I read an article recently, one of the fifty million I’ve read on the subject, about women in the workplace. The interview subjects were two female professors who did research into why women weren’t advancing in corporate America.

They were indignant about many things. One of the things they were angry about was pregnancy. “Employers make assumptions that women who are pregnant can’t do certain things. It’s such a visible indication of being a mother.”

This idea seems to come from the well-meaning thinking that women are equal to men in all ways, even when they are growing a placenta.

But as for me, personally, there are lots of things that I no longer can do. It’s hard for me to bend down to pick things up off the floor. I get winded going up the stairs.

During the early weeks of my previous pregnancy, I physically had to leave work and nap in my car (because there was no other place to do it), as I keeled over from exhaustion. Today, spending afternoons with my toddler after daycare is hard, and I gratefully check out with my laptop and yogurt as Mr. B takes over bedtime. I now have to always be on the lookout for a nearby bathroom, and to make sure it hasn’t been too long without a snack.

These limitations are different for different women. It’s true that some women run marathons.

But there are thousands, millions more of us, who are normal. Who are tired, have to skip months of work due to morning sickness, some of whom have to go on bedrest. We are doing are best, but we are also doing it carrying a growing human.

This side of pregnancy is extremely rarely portrayed. I was shocked when I read (On people.com, of course) that poor Jessica Simpson took a picture of her swollen feet, an ailment that is so extremely common and yet never, ever discussed.

Once, long before I became pregnant for the first time when I was watching the Olympics with my parents. I don’t remember the year or location, but I remember that a pregnant woman was part of the opening ceremony. She walked, alone, out into the middle of the stage, dressed in white, her bump visible, and the whole auditorium started clapping. I was incredulous. “Why are they clapping for her,” I asked my mom. “She’s not even doing anything.”

“Because she’s growing a life,” she said. It was something I didn’t understand then, but that I think about that moment all the time, now, and wonder how hard it was for her to walk, and whether she, too, had bloated feet.

The side that is portrayed is what Meghan Markle’s handlers want us to see, what they think is appropriate. In the corporate ranks, there is a symmetrical equivalent in the world of Sheryl Sandberg’s egregiously harmful Lean In, and Marissa Mayer’s glib “I’ll be taking two weeks of maternity leave”

Where are both of those women now? One, having lost her husband, continues to work insane hours defending a company continuously in the headlines for some of the deepest ethical violations of our time, and the other lost her CEO job at a company that no longer exists. Was it worth it for them to continue to push these power structures for an industry that’s grinding through them as much as they are grinding through it?

The story that pregnancy and early motherhood are special, liminal classes that need to be accommodated, and that pregnant women and mothers to newborns can and should lean out for a bit in society until they are physically and mentally ready for re-entry, is simply not a story that ever plays in the Western narrative of what it means to be a working mother.

If you ask any woman you know who was pregnant, she’ll have stories of having to throw up in random places, of having to board planes, of having to do 12-hour shifts in hospitals wearing leg supports, of being close to the breaking point.

Mothers of newborns will tell you that they went back to emails the next day, that they had to pump in bathroom stalls or server rooms, that they wept before depositing their six-week-old at daycare.

They’ll tell you this in private, though, at playdates and in whispers. What they say on LinkedIn, Twitter, and at board meetings is a completely different story. They are starting businesses, taking babies to board meetings, and generally leaning in all of the ways that new mothers exactly shouldn’t be.

In many cultures, pregnancy and particularly post-partum is considered a special time, when the limits of what is physically possible for women is acknowledged.

In modern-day America, all of this has been swept away, and lean-in culture is enabled and encouraged by the fact that we have no legal leave, and no legal recourse to let our bodies rest, either before or after delivery..

Is it any wonder that we don’t come back to work? Or that when we do, we find ourselves scrambling for care, stretched thin by multiple demands?

We, or at least I personally, don’t need to see women in high heels and power suits rocking a bump as they make their way to a case. We need to see Meghan Markle at home in her sweatpants. We need to see more pictures of swollen feet, of messy houses, we need to read more about early mother (and also fatherhood), and how it impacts us as a society.

We need more realistic expectations, and empathy for a process that is so normal and so common that it impacts 86% of women in the country, (with 70% of those mothers returning to work) but that no one ever talks about.

For several years after my first pregnancy, I was extremely sensitive to all the discomforts and indignities of pregnancy and the post-pregnancy body and mind. I scrambled to give pregnant women my seat. I was always extra-conscious of scheduling long meetings that bled into lunch. I asked how pumping was going, if I could get them water or a snack.

Then, I slowly forgot these habits, having integrated back into society from the hazy first year of being with a child. I forgot about the sweatpants, the frantic rush to the bathroom, the bottles, all of the small, private discomforts and indignities that encompass early motherhood.

But now I’m (very happy and fortunately) back here again, in this vulnerable space, my back aching, my insomnia flaring up, my brain full of fog, laying on top of my pregnancy pillow, looking at poor Meghan’s heels. And, I want to talk about this feeling so that I personally don’t forget, and so that maybe someone reading this will talk about it, too.