The case of the missing Lulu 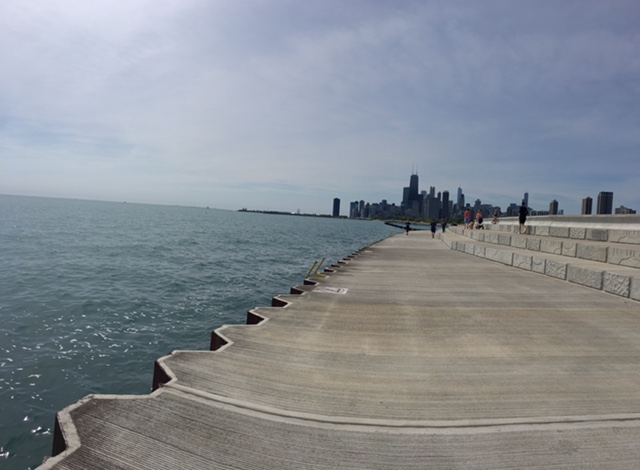 The same dishes need to be washed, same foods cooked, diapers changed, songs sung, and Mama-mama-mama, over and over again, in an endless cycle of needs. There is nothing that is less fun for parents of toddlers than long weekends, which are a three-day-marathon of being a maid,chef,entertainer,and paramedic. So, Mr. B and I decided that rather than deal with four days at home over Memorial Day, we’d brave travel with a toddler. New environment. Exciting! Fun! Adventurous! So, we flew to Chicago to visit friends.

Usually, when Mr. B and I are traveling, we like to learn about the history of the place, take some guided tours, stay in a nice AirBNB - all the things that millennials love (minus avocado toast).

But when you’re traveling with a toddler, all the aesthetics go out the window, and it’s all hands on deck. In Chicago, we didn’t see any interesting architecture. We did stay at a cool AirBnB, but as soon as we got there, we spent an hour setting up the child-friendly air mattress and convincing the toddler that it was ok to sleep there. We spent another half hour telling her where she couldn’t put stickers. Then, in a panic move, we drove to Whole Foods in rush hour holiday weekend traffic so she could have the same yogurt she has at home, while at the same time being terrified that she was hungry-and-or-tired. We were really Experiencing It All.

We didn’t go on any cool tours, but we do now know every single children’s playground in Lincoln Park. We didn’t go to any fancy restaurants, but we did go to an empty Roti at 10:55 am, and we got to eat alone without embarrassing or inconveniencing anyone around us.

We messed up our toddler’s nap and sleep schedule, had her eat weird things in weird places, had to do diaper changes on lawns and near cars, and generally were completely out of our normal element.

I know you’re waiting for me to say that we had a great time, got to spend a lot of face time with people that I haven’t seen in years, that all of our kids played together and it was the sweetest thing ever, and that it was all worth it in the end because travel is important and our kid needs to adjust to our lifestyle, not we to hers. Well, sure.

But, you know it’s me, and there is something terrible coming.

And that something is that we lost Lulu.

Lulu is our toddler’s lovey. She’s slept with her since she started sleeping alone, at around four months, and she has since become a friend and a comfort, especially in unfamiliar situations. Lulu is there when our toddler wakes up and when she goes to bed. Lulu has her teeth and her hair brushed, is constantly petted, and sometimes is fed yogurt from a spoon held by small, kludgy hands. There is a separate Lulu specifically for daycare, and a spare one in the closet. We don’t take chances. There are usually two or more Lulus in rotation in the crib at any given time.

On the plane, Lulu was extremely helpful in fighting fear, and, in the inflatable crib, Lulu went in first and helped our toddler go to sleep. Lulu was great in helping her stress levels in the car, in the stroller, and around the city.

And then, as we were walking to the zoo, our daughter fell asleep in her stroller as she was holding Lulu, and relaxed her grip. Somewhere on the way to Lake Shore Drive, Lulu was lost. We only noticed she was gone once we’d gotten to the zoo, and the street we walked on was long behind us.

In our infinite wisdom, we bought tons of extra diapers, wipes, cold medicine, bathing suit, hats, three different seasons’ worth of toddler clothing, an iPad, food, and endless activities. But we had brought no spare Lulus to Chicago.

Telling a two-year-old that her comfort animal is probably one of the hardest things I’ve had to do, and my heart nearly broke. She cried inconsolably, and so did we. The rest of the morning, I found myself completely stressed out and unable to enjoy our friends’ company, my mind constantly racing, thinking of alternatives. Mr. B ordered several new Lulus online, but they would only come to our house, an entire universe’s away, four days later.

The zoo and Lake Shore Drive were beautiful. The waves on the enormity of Lake Michigan sparkled with the hint of summer, and the Chicago skyline in the distance held a hint of promise. Everything was fabulous. But Lulu was gone, and so was my idea that I could always provide everything for my child, all the time. In half an hour, the toddler calmed down, but would frequently ask about Lulu. “She went to go visit Chicago,” I said, crestfallen.

We did our day at the zoo. And then, as we were walking back, exhausted and sticky, to our AirBNB, a miracle happened. As we were passing an apartment building close to the park, we saw our very own Lulu, neatly draped over a fence post.

“Lulu,” the toddler exclaimed from the stroller happily, as if she’d expected her there all along. “Lulu,” we cried with relief, and she reached for it, and held her softly to her cheek.

As we were enacting this exchange, a mom and dad who looked as tired as we felt, paused in their task of wrangling two small children into a minivan parked nearby on the leafy, quiet street.

“Oh my God, is that hers,” the mom asked. We nodded. “Did she lose it, and someone found it and hung it there?” She looked at us, incredulous.

“Wow,” the dad said, pausing over the baby’s seat straps, and both shook their heads, thinking about how narrowly it could have been them, and we exchanged a look of pure and complete empathy as parents, as human beings.

And it was in that very moment that I felt one with the human race, with the person who so very, very kindly realized that someone would be missing their Lulu and placed it gently on the fence, with the parents who realized what we had just been through, with humanity and the universe.

And it was also in that moment that Mr. B and I vowed to ourselves that we’re never leaving the house again.