Russia's window to the West 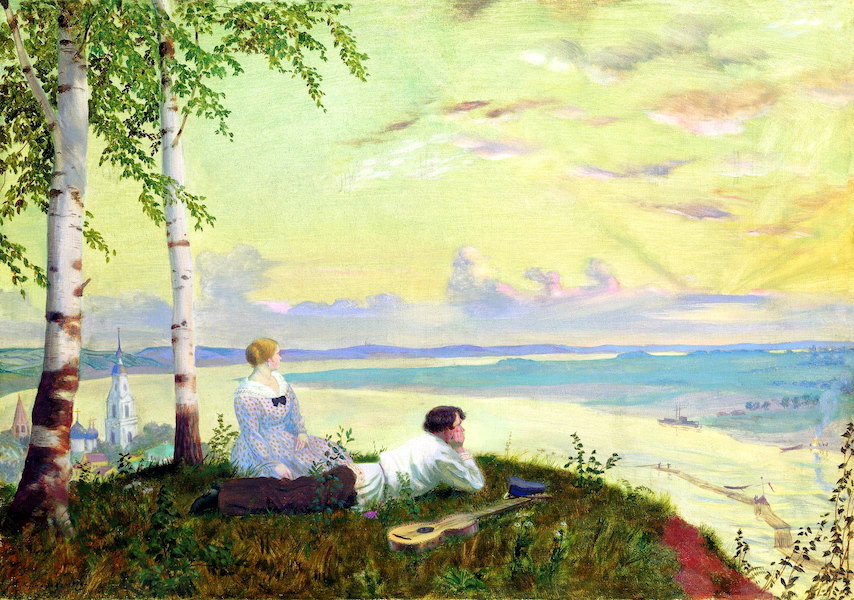 I am trying to teach my daughter Russian as her first language, so most mornings while she sits in her high chair and I spoon feed her yogurt, we listen to Russian radio news. While the sun is just rising over Philadelphia and the day is fresh here, it’s already closing in on mid-afternoon in Moscow, and both the news and announcers seem stale, worn.

A traffic jam on the Garden Ring, administrative graft and bribes at a hospital in Podmoskovye. Today’s temperature, 17 degrees and partly cloudy. And then the national news. The ruble is still falling. Putin went to Minsk for talks with Lukashenko. The EU is extending sanctions against Russia. And, finally, the minister of culture accusing the U.S. government of funding Netflix to brainwash people around the world.

Often when I listen to the news from Russia, I wonder why I am trying to teach my daughter a language and culture she will have no access to. Because it’s very clear to me that Russia is closing to the West.

I mean that Putin’s Russia is going to become a country that is impossible for Russians to leave, and for foreigners to enter. It is going to become a country that runs on a sanitized, censored Russian internet, and literature and culture that focus on the glory days of czarist Russia and the accomplishments of the Soviet Union. Russia is losing everything it gained in its twenty years of independence and moving towards an extremely Slavic and myopic future. It is going to atrophy and decay in a world that values openness.

It is already fast on its way. When a country becomes a place where it is not at all ludicrous to claim the White House is backing Netflix as a propaganda machine, the rest is not far behind. This terrifies me.

This is not a new pattern. Russia’s gate to the West has been swinging open and closed for centuries. Caught between Europe and Asia, Russia has been vacillating between complete openness and the need to protect the derzhava, the consolidation of power that only occurs when Russia is focused completely inwards. 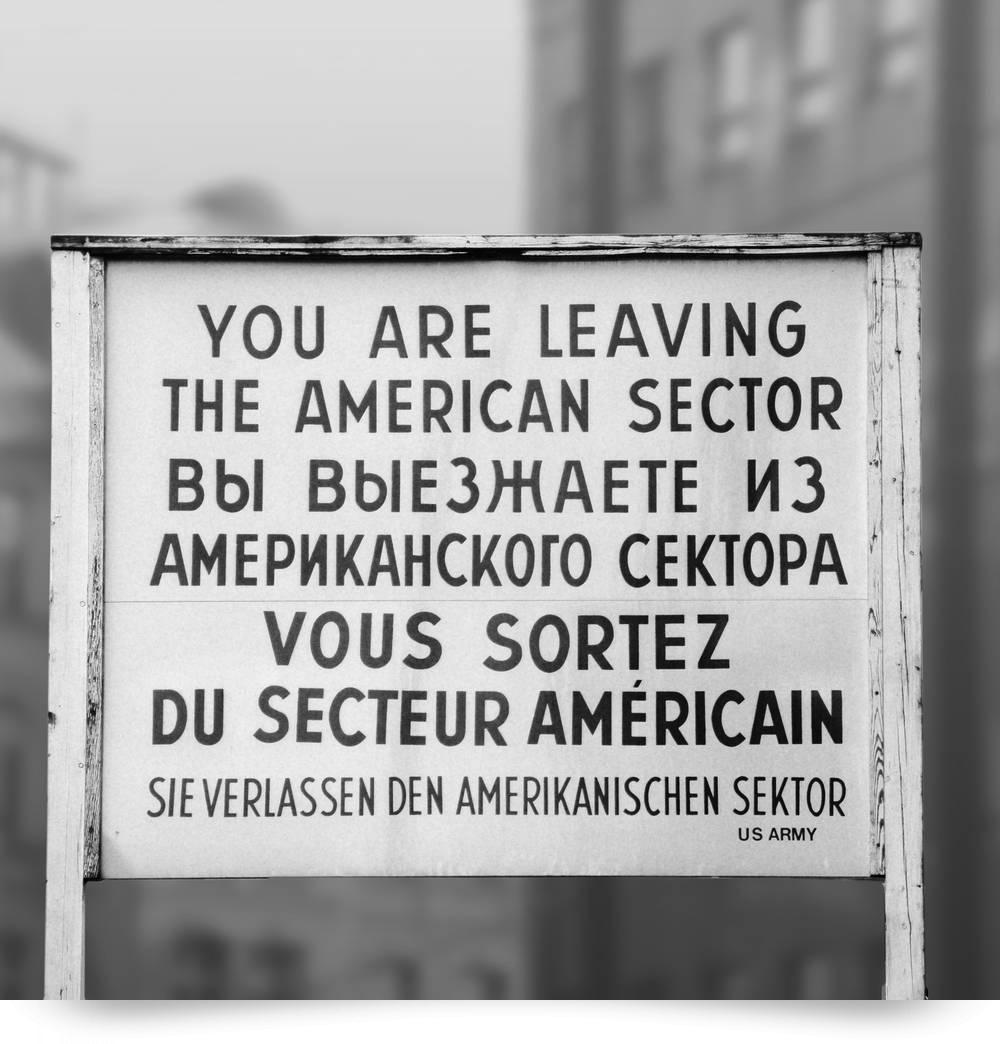 In the 17th century, Peter the Great created St. Petersburg to embrace Western values, to chop a hole through years of Russian superstition and insularity. Then Alexander the III pushed back reforms to make Russia more Slavic and less tolerant of non-Russians.

Stalinism closed the gates for good in the 1930s, before many people even realized what was actually happening, and by the time they did, they had no way out. The sheer bleakness of Soviet conformity is portrayed extremely well in the recent movie Stilyagi (“Hipsters”), a musical about wanna-be secret hipsters in Russia in the 1950s.

In Stilyagi, the main character grows up in the bleakness of early 1950s Stalinist Russia, thinking there must be more to life, and finds it in underground American jazz. His life becomes all about trying to subvert the constant message of “we, we, we” that he gets from school and home, and more about finding his individuality, by learning to dance like he thinks they do in New York.

For decades, Soviet citizens thirsted for contact with the West, be it by dancing to jazz, reading worn contraband samizdat books passed around hundreds of times, listening to records smuggled from Latvia, or buying jeans on the black market.

The Soviet Union was rotten to the core in 1990, and it collapsed. Openness again reigned in the early 1990s, particularly as Russian leaders realized they again needed the help of NGOs and Western governments to get a country A nation starved for contact with the West came full-force into a collision course with it. There were, suddenly, commercials and McDonald’s and exit visas and Adidas, and everything that came with being a proper Western country.

As wonderful as the West seemed to ordinary Russians, it was something to be suspicious of by politicians. Just as many times as the United States tried to help Russia, it also tried to subvert it. For example, the United States printed copies of Dr. Zhivago, a novel that was banned in the Soviet Union for questioning communism, and smuggled it back in through the CIA. It funded mujahideen in Afghanistan. And just as the United States helped provide hundreds of thousands of pounds of food and ammunition through the lend-lease act, it also tried to edge the Soviet Union, who had given most of its cities and citizens over to World War II, out of negotiations with the Nazis.

Russia has always yearned for the culture and cache that Western life has provided and has tried to mold its life around Western culture. Russia loves American culture and copies it every step of the way. Check out the following shows: Воронины, aka Everyone Loves Raymond, and Интерны, aka Scrubs, to name a few.

There is a late-night show directly modeled off Leno and SNL, where they interview Hollywood stars. There are Russian rappers who have only one name and rap about BMWs (while wearing Adidas.)

There is and a huge vocabulary of words that are taken directly from English: retweet, resume, business, image, password, target, basketball, and on and on, to the point where sometimes when I listen to the radio, I check to make sure it’s not New York I’m streaming.

In the days of Catherine the Great, the great mark of the cultured elite used to be speaking French. These days, it’s а rapper named Timati who drives a Benz and wants to move to London.

On the other hand, Russia hates about the West and America particularly what it perceives is blatant intervention in its internal and external politics. Russia sees itself as a major global power, and any question of that as a sign of enormous disrespect.

Hundreds of years of fighting with the West, including direct wars with Napoleon and Germany, and proxy wars in Afghanistan, as well as a genetic memory of the Mongol invasion in the 1300s, has made Russia suspicious and inwardly drawn. And on a daily basis, it wrestles with these two parts of its identity. 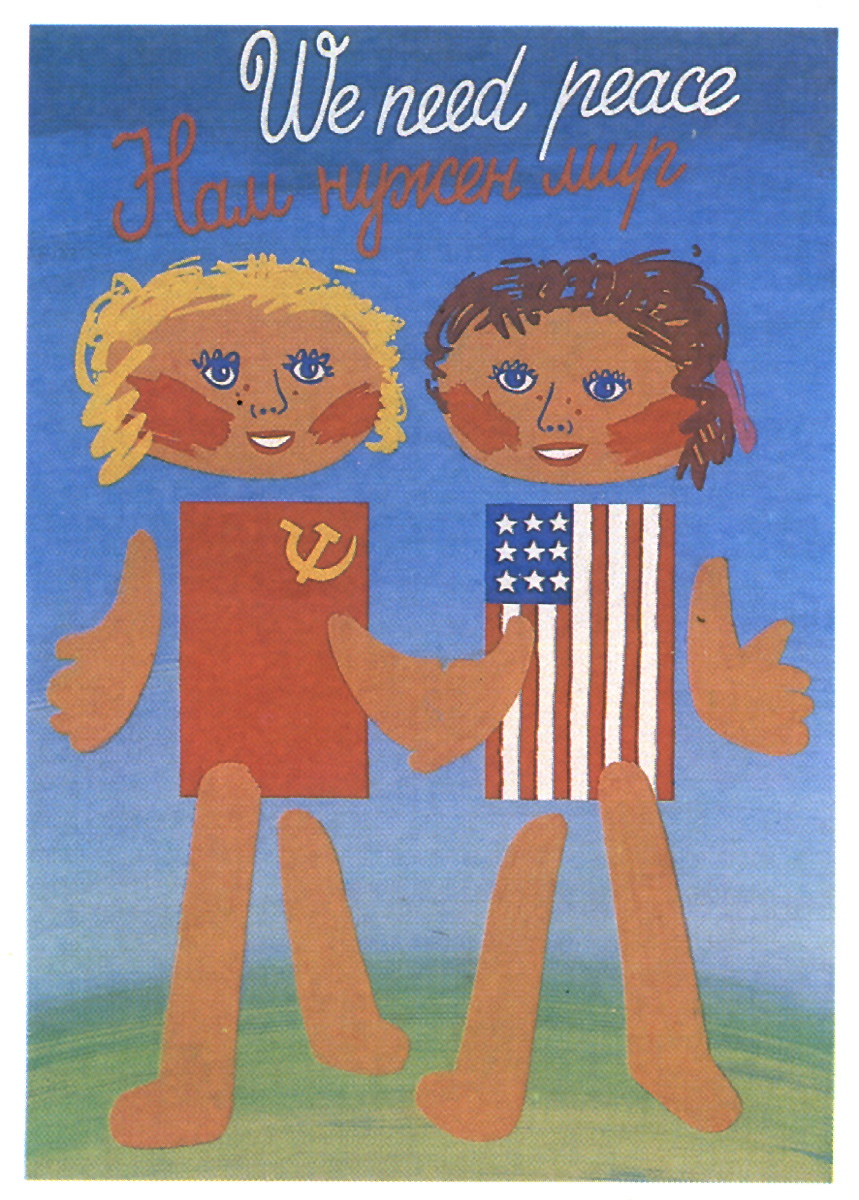 Today, I am worried that the gates of Putin’s Russia, swayed by the winds of external politics and the fervernt Russian nationalist mood, is again creaking closed.

There is the big news: sanctions, the ban of Western goods and the further ostracism caused by the annexation of Crimea, the deterioration of the relationship between Russia and the United States, Syria.

But, there is news that major papers don’t report which troubles me even more. Just recently, I read that Russia is quietly revoking dual citizenship. Then, I read about a restaurant across from the Red Square that only takes cash or Russian-only payment card Mir. Russian journalists and the middle class are emigrating en masse, so much so that there is a blog dedicated to the experience, called “Pora Valit,” or, “Let’s Hightail it out of Here.”

Before the window closed the last time under the auspices of the Cold War, not many people realized how serious it was. In one of my other all-time favorite movies, Est-Ouest, a Soviet engineer who has escaped to France in the 1930s, comes back after World War II, when Stalin lovingly recalls Soviets to come back and rebuild the homeland. He and his French wife at first are cautiously optimistic about the challenges of living in an isolationist dictatorship, first chalking it off to the newness of the experiences. Only too late does the idealist realize that the noose is closing around his neck. 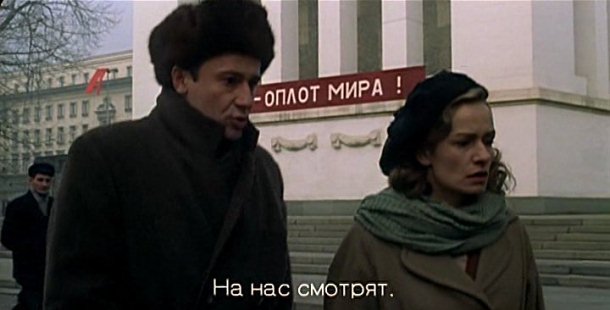 The doors closing started innocently enough: first, foreign external passports were confiscated. Then, the government started mandating Russian words for foreign ones. Then, foreign firms were kicked out of the country. Then, in several years, the West was completely sealed off to the population by a government determined to go at it alone.

For someone spending time between these two cultures and wondering how she will explain all of this to her kids, feeling the two countries move apart politically is not unlike standing with my legs on separate, moving tectonic plates. My aunt, who lives in Russia, has so far been able to get a visa to come most years, but every year for the past few, we’ve treated her visits as if they might be the last for a while.

My parents’ friends, who built a house following American plans when the two countries were still friendly in the mid-1990s, are no longer able to buy American replacement parts for heaters, appliances, and plumbing that are now starting to need to be updated 20 years on, because of the sanctions, and, as a result, their house has started falling apart.

I used to be able to buy children’s books directly from Russia; no more. Sanctions mean declined payments by Visa. But I’m small potatoes compared to the madness that’s barreling down the pike.

I’m not a political expert, and I can’t predict the future. But I can read the tea leaves, and the signs are all there.

Homophobia and the murder of journalists is on the rise. International adoptions from Russia have been banned. Sanctions mean no foreign food. World War II Victory Day, at first a meaningful way to remember the millions of innocent people lost during the war, has now become a state propaganda tool to celebrate the might of the former Soviet empire, and to parade new army machinery to the world at large.

As the toddler and I listen to the radio, I hear less and less of the traffic and the weather, and more of the wind, that frightening, all-encompasing wind that determines which way the Russian nation leans. And these days, the wind is blowing Eastward.