How to become an American Jew

A couple nights ago, Mr. B and I were fortunate enough to get out of the house while his mom watched the baby (who was fortunate enough to get some time away from us.) We went to the house of a couple my mom met at a Philly Russian Meetup. This couple graciously hosts a bunch Russian-speaking Jews once a month or so at their house to hear speakers talk on a variety of topics related to Judaism.

Yesterday’s topic was let by a very awesome educator from the National Museum for American Jewish History, who brought a suitcase of artifacts a single woman’s family had generously given to the museum. We then worked in groups to reconstruct her life, from immigration from the Russian empire, to getting acclimated, to raising a family in Philadelphia.

This is a workshop she often does around Philadelphia public schools, but she mentioned that she was interested in how our crowd, Russian Jews in their 20s-40s, would react differently, having been through the immigration process ourselves. “American kids react differently to these artifacts. For them, immigration is something very distantly in the past.

For us, it may have been as recent as a couple years ago.” Katerina had us go around the table and say where we were from, how old we were when we left, and if we still read and wrote in Russian. I was the youngest at age of immigration, at five. Everyone else had come either as a teenager, or on their own, as a student or worker. Everyone gasped when I said that I still read and wrote in Russian (I was just relieved that they hadn’t read my blog.) She said this kind of information was important in understanding the woman’s story.

The woman was named Eva, just like my baby. She came from Ukraine in 1913 to join two brothers already in Philadelphia. Her artifacts included her Russian empire immigration papers, vouchers for having completed public school in Philadelphia, and her English composition practice. The whole exercise in reconstructing Eva’s life was extremely interesting for both myself and Mr. B since we are both history fanatics.

But it really made me wonder how our own Eva, born one hundred years after this one, would be American.

“Her original name was Chava Brucha,” Katerina said, “But she changed her name to Eva to Americanize, to lose the old, and she spoke English until she died. Her daughter, who gave an oral account of Eva’s life to the museum, did not speak any Russian or Yiddish.”

When Jews came from Russia, they were assimilated into American Jewish culture by the shared common virtue of religion, because, in spite of what the Pew Portrait of Jewish Americans survey says, American Jewish life is still religious life. During the Russian empire period, this was particularly salient: many Jews came from shtetls where Yiddish, Jewish boy’s schools, and Jewish rituals guided life in much the same way they did Jewish life in America, especially New York.

Today, even though we are all post-racial, post-national, post-everything, the structures of that original Jewish culture are still in place. Being Jewish in America on the surface means asking other Jews which synagogue they belong to, which bagels they like, where they spent Passover last year, and whether their children will go to Israel for a bar mitzvah.

However, since the 1930s, Russian Jews have not defined themselves in any of these ways, because they were not allowed to by the government. When the Soviet Union outlawed Judaism in the 1930s, being Jewish for most Russian-speaking families has meant your Jewish last name, studying math or science, supporting Israel, and trying to figure out — more secular definitions of what peoplehood means, outside of traditional structures of hierarchy.

This definition of being Jewish often clashes with the American one, leaving Russian Jews feeling excluded and rootless. In our family, we do Judaism like jazz does covers of popular songs; it only sometimes sounds kind of like the original. We do Passover, but we always have multi-tiered Russian cakes because you can’t have a meal without a good dessert. We (rarely) light Shabbat candles, but when we do, we usually have a movie going on in the background. We have a mezuzah, but it’s not hung correctly.

Our Jewish identity is very much formed individually inside our heads, outside of group structures. Neither Mr. B nor I had bar or bat mitzvahs. We never went to Hebrew school or Jewish day camps. We’ve never kept kosher or even done anything on a regular basis for Jewish holidays. I was never forced to take Hebrew classes: I came to the language on my own, not from the Torah, but through rap lyrics. Mr. B had never been to Israel until I took him, by myself, sans Birthright, in 2009. None of this has ever stopped us from feeling 100% Jewish.

But since Eva was born, my mom has been encouraging me to make sure she has a good foothold in the American model, so that she fits in with other American Jewish kids. Because babies don’t understand Hadag Nachash or Lev Landau. Babies understand routine, structure and ritual. So how do will she understand what being American and Jewish is? By watching Prince of Egypt alone on YouTube? Or attending services with a large, joyous group?

Spurred on by that Jewish guilt, I’ve gone to three or four different synagogues to look at memberships. I wanted to see if there were other young families, hopefully also Russian-speaking, but not necessarily, just as unsure and uncomfortable in their new roles as parents and guardians of ritual, to see if we could bond together in our wobbly unsureness within the larger, solid structure of a congregation, kind of like a wobbly toddler to walk by holding the wall. Unfortunately, no matter how welcoming the synagogues were, or how many times I talked to admission officers, though, they all made me feel uncomfortable.

First, everyone knows each other at a synagogue. If you are new, you are an outsider. I had to get an introduction to several synagogues – I felt awkward approaching them on my own. And when I did, they automatically asked me if I had belonged to another congregation, what my affiliation was, whether I had been in BBYO, and what my Hebrew name was. Hey, I just got in the building, what’s the hurry? (No, no affiliation, no, and Vered, but only by accident.)

All synagogues assume you already know everything: the songs, how services work, things about high holidays. But we have no idea how any of this stuff works. We need training wheels. 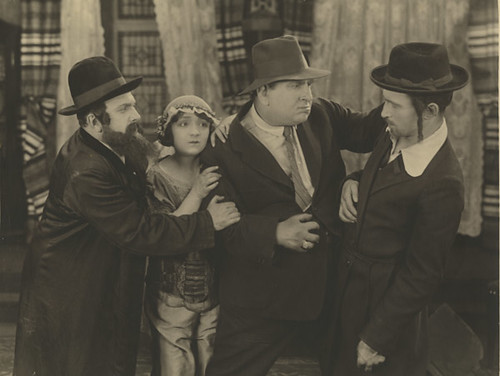 The other problem was that, the synagogues in my area of the Philadelphia suburbs are, to put it delicately, full of people that are closer to their yahrzeit than their bar mitzvahs. In the second half of the twentieth century, the Philadelphia suburbs had a rich Jewish community that Eva Baen had probably been a part of. Just within ten miles around me, there are seven synagogues. One was built by Frank Lloyd Wright. However, as the Philadelphia economy declined and Jews left for New York and other places,these communities stagnated. Today, all of that community is gone. Every congregation I talked to is losing young people my age and losing them quickly. Most services are made up of people over 50, over 60 even. The number of families with babies Eva’s age is very small.

And finally, I guess my largest hesitation in joining a synagogue is that I don’t want Eva to be assimilated, to be completely American. Eva Baen’s children may have belonged to synagogues, but they didn’t speak Russian. If Eva expresses desire, I would love for her to join BBYO and go to Israel. But I would also love for her just as much to travel the Trans-Siberian Railroad with me and be able to talk to the attendants on the train in Russian without hesitation. I would love for her to go to Hebrew school, but with the understanding that no one in her family did, because her family couldn’t afford things like that as they were going through the early stages of immigration. I want Eva to understand that Pushkin is as much her culture as Tevye, that she was named first in Russian before she received her Hebrew name, that there is a part of her that is different and distinctly not American and not American-Jewish.

Eva Baen seemed like she had an easy time assimilating into American life. And I have no doubt my Eva will be great at English and American culture, either. I have big dreams and hopes for her. But I’m also worried about how she will be Russian and Jewish, but I guess we have to wait for that story to unfold. Unlike Eva Baen’s story 100 years ago, my baby’s Jewish, American, and Russian story is just starting (as soon as she wakes up from her nap.)