It is hard to talk to my baby in Russian 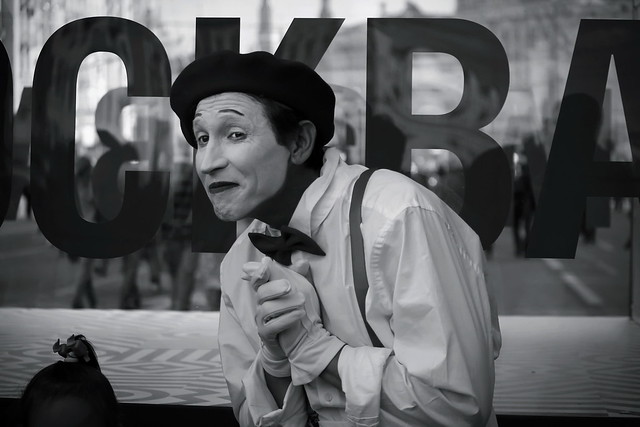 There is a meme going around the internet that is a picture with two eggs on it. The first, on the left, is a whole egg, round and white and smooth. The second, on the right, is the egg smashed into tiny bits and pieces. The whole egg is your brain before kids, and the right egg is your brain after kids.

I’ve found this to be accurate. Before I thought about all kinds of esoteric things, like the Kurdish oil region in Iraq, random blogs I used to read three years ago (what happened to Gubbi of Arabia?) , people I hate online, and losing weight.

Now, my thoughts usually go in this sequence: I’m glad baby is fed. Wait, do we have enough formula? I need to order more on Amazon. While I’m at it, I need to buy more diapers. Is she still size three? Maybe I should buy some in size four just in case she fits those? She’s been growing so fast. Oh, that’s right, she has her four-month checkup this Friday. I need to make sure she’s ok because she didn’t handle the vaccinations well last time. Her check-up is at 1:45, which means we have to start getting ready to leave the house at 12. We’ll need to pack the diaper bag. Oh, right, wipes. I think I’m low. I guess I should buy some of those too. Essentially, my brain loops around Amazon.com in an endless cycle of worry.

When my brain is not looping around the baby and Mr. B, it’s looping around work. I’m working three days a week now, which means I need to get everything done and squared away before I’m unreachable with the baby for two days a week. Which means my brain loops around work projects, and then, since they’re tied to staying home with the baby, it goes right back to the baby.

For some reason, my drive to and from work breaks the loops. I listen to music or audiobooks, and I feel a little bit like my old self again.  Yesterday, I thought about the California water crisis and avocados. But, as usual, no matter how far away my thoughts start, they always come back to my daughter.  Avocados are a recommended first food because they are soft and mild in flavor, and the baby will be able to start solids soon.

In order to save my sanity,  I’ve been trying to get further and further away from babies on my commute.  Two weeks ago,  for example,  I was thinking about  about Ben-Zion Ben Yehuda.

When Ben-Zion Ben Yehuda was born to his parents  in British Mandate, the first sounds he heard from his adoring parents were most likely in Hebrew. This may not have been remarkable, except for the fact that Ben-Zion, who later called himself Itamar, was the first native-born modern Hebrew speaker in the world. His father, Eliezer, a Zionist from Belarus,  was almost singlehandedly responsible for reviving Hebrew from a dead holy tongue where God be blessed this and God be praised that, to a living, breathing language full of refrigerators, telephones, and swear words.

Ben Yehuda the elder  spoke Yiddish, French, German, and Russian. But,  he believed that the only way Jews around the world could develop a single identity was to have a single language.

In order to raise a fluent Hebrew speaker in a country that was full of intellectuals from Germany, British soldiers, Arabic-speaking Bedouins, and Romanian refugees, Ben Yehuda imposed very strict rules on Itamar’s upbringing. In his autobiography, Itamar describes an incident where his mother forgot herself and started singing a lullaby to him in her native Russian. Ben Yehuda overheard her, come in shouting, and caused a great scandal. Friends had to pantomime around Yiddish in intellectual discussions, all newspapers were translated or banned in the household, and New words were invented to encompass modern every-day life. Yiddish and Russian, the language both of Itamar’s parents had grown up with, were persona non-gratis.

I thought about Itamar’s mother, Hemda, and how hard it was for her. To start with, her original, real Russian name was Paula. Ben Yehuda made her Hebraize it. Her whole identity was wiped out in an instant.  Then , there was the matter of the lullaby. I can just imagine her, hopped up on post-natal hormones, sitting in the filthy, undeveloped swamp that was British Mandate Palestine, trying to offer her screaming baby, and herself a bit of comfort in a song from her childhood. Maybe it was Ryabina. Maybe it was Oi, to ne vecher. Whatever it was, she couldn’t sing it because her husband had a Vision.

I thought about everything she gave up, and as usual, my thoughts circled back to my new tiny family because I speak to my baby in my first language, Russian, instead of my native language, English because I want her to know her roots, her culture, her people.   But,  good God is it hard to talk to my baby in Russian.

When I was in college,  I decided that I would marry a Russian speaker, and from that moment, I, like Ben Yehuda, had a Vision for my baby. My baby would not grow up monolingual.  She would not be described in biographies as “of Russian extraction,” or “having Jewish roots,” a vague way of abstracting away a person’s culture, of dissociating them from their family. My baby would not be plain American. 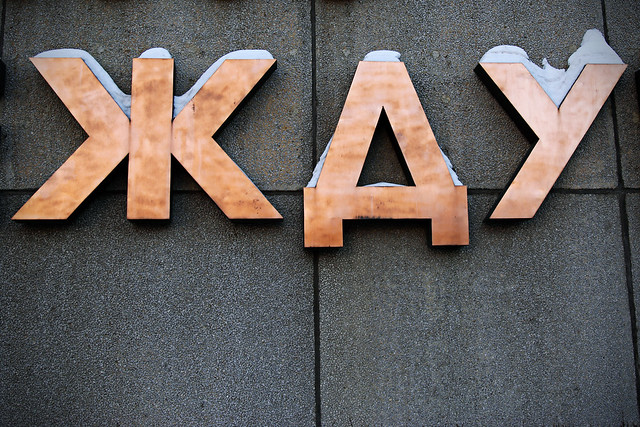 I had a lot of grand plans for my baby.

As soon as I became pregnant, my husband and I would start speaking to each other only in Russian.

But then I actually became pregnant, and even saying, “я беременая”, instead of “I’m pregnant,” felt false and fake. The former felt like I was speaking from the mouth of a 60-year-old woman, or some show on tv, like I was putting on an act, like I was distanced from myself, like a puppet in a play. The latter felt like I was really saying what I felt.

I am Russian and Jewish to my very core, in my values, my beliefs, my sense of humor, my pride of my culture.  But I was five years old when I left and all of my Russian is my family’s Russian, not my own thoughts and ideas. My Russian is a shallow barrel of utility words that I’m constantly scraping the bottom of in an effort to explain myself, a pool that doesn’t include any of slang, cultural references,  or silly words I can make up myself.

My Russian is children’s books I was read when I was four, words for food that are untranslatable like kalbasa and kotleti, my parents murmuring to each other downstairs on Saturday mornings when I am warm and comfortable under the covers.

My English, on the other hand,  is a vast ocean that I have explored on my own. It’s my entire adolescence, my youth, my college experiences. It’s all of the slang I learned in AOL chatrooms, all of the nicknames my friends and I made up for each other. It’s the Babysitters Club Series, Shakespeare, Lev Grossman, any, every book I’ve ever read under the blankets late at night. It’s the language my husband and I lavish each other with endearing nicknames in. It’s this blog.

So when I became pregnant, I couldn’t bring myself to speak in Russian to my husband. And on the day my daughter was born, I lay in the hospital bed at 7 in the morning, three hours after her delivery. “Are you tired,” my husband asked me in Russian. “Yes, I’m tired,” I said in Russian back to him, cotton in my mouth.  We were starting this thing, but I was resisting it with my entire being.

Later, when they brought her in, I asked her, “Eva, how are you,” in Russian, and it felt, again, like a completely different person, a cheerful and fake paper doll, talking to my baby, instead of the real me. I almost cried from frustration, because I had just had my first baby, and I couldn’t tell her my emotions in the language that I felt them.

Every day, I almost gave up. I almost switched to English. Mr. B didn’t even talk to her in Russian at all for the first week. I tried to police him, to remind him to switch, but eventually I realized if I did that, I was just being a hypocrite, because I didn’t want to speak Russian, either.  I wanted to call her “kitten,” and “my baby,” and tell her about my understanding of the world, make up stories for her, do all the things I had been dreaming about when I was pregnant.

For a writer not to be able to tell stories in the language they are most comfortable in is sheer torture.

Every day, I would ask her if she was hungry, if she was thirsty, why she was crying, all in Russian, and I just felt like a fraud, because there was no emotion attached to those words. It got to the point where I didn’t even want to talk to her, so I would go for hours at a time of being mute,  just changing her diaper, feeding her, watching her, waiting for her to fall asleep so I didn’t feel the guilt of not saying anything. Nighttime, when you’re not supposed to talk to the baby anyway so they understand that it’s time for sleep, was my favorite time. I felt like a hollow robot.

Relatives continued to come and heap praise on her in Russian, making up cutesy nicknames for her, singing songs that I didn’t know, making up handclapping games that I couldn’t replicate because I had never been to Russian kindergarten or daycare, even.  I started reading books to her because that way I didn’t have to make up the words- they were there for me. We read Konek Gorbunok, the first couple pages of A Young Doctor’s Notebook, Meduza.io. 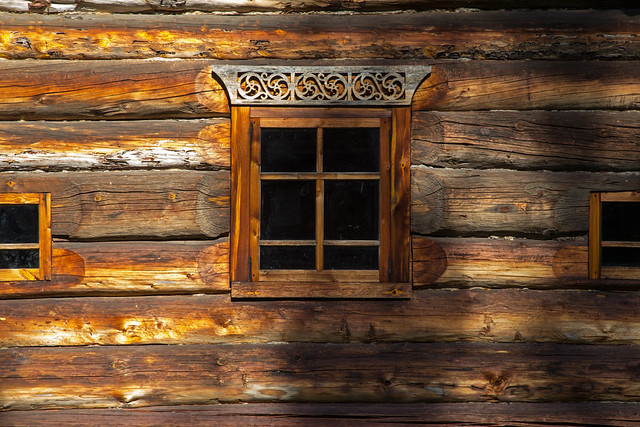 I can’t say when it started to get better for sure, but probably sometime around six or seven weeks old, I started feeling less like I was forcing cold, jagged letters through my mouth and more like I was actually talking and saying things I want to say.  Eventually, I was able to come up with some Russian nicknames for her, which I started using, although the number of English nicknames I have for her is 11. The number of Russian nicknames is 2.

The only thing that helped was constantly forcing myself, and Mr. B to speak Russian to her. We still speak English to each other, but we’ll cross that bridge when we get there.

Today, speaking English to her feels strange and foreign. But Russian, somedays, is just as unnatural. And so here I am in a land of in-betweens, unable to be truly affectionate with my baby, but unable to bring myself to deny her of a second language that will open an entire universe to her, as well as a much better connection to her family.

So, I’m still speaking Russian to my baby. It is the hardest thing ever, to speak Russian to my baby. I feel like Hemda-Paula, stripped of myself.  But, I think of Itamar Ben Yehuda, and I still do it, in the hopes that I will get somewhere, and that her first word will be Mama, not Mom, and that by losing a part of myself, I will be able to give that part to her to keep.