The one about Friends 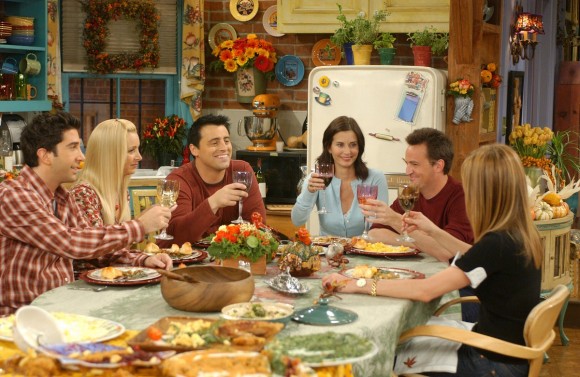 The entire series of Friends was released on Netflix on January 1, just in time for my maternity leave to start.  Friends is the perfect show to watch when you’re dealing with the rhythms of a new baby because it’s so lighthearted that you don’t need to concentrate on it for more than a snippet at a time. It’s perfect to have on in the background while breastfeeding, pumping, changing diapers, or while you’re dozing off at 2 in the morning. Plus, I’ve already seen each episode so many times in syndication on TBS that I approximately know each story line very closely, making it easy to dip in and out.

Today, I finished the 230th-some episode, which means I’ve been watching Friends for over 90 hours. When you watch something for that long, you’re bound to have questions. I’ve discussed it with Mr. B, but now I’m putting these questions out into the world, since the show’s re-release hasn’t prompted that many  thinkpieces  (except for this one, this one, which is a whole DISSERTATION, and this one, which is a PODCAST. ):