This is six years 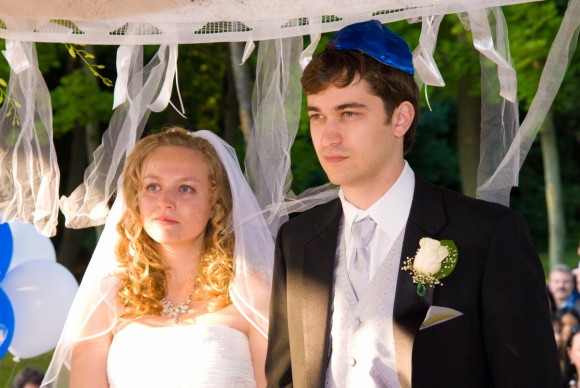 Two weeks ago at 3:45 in the morning, Mr. B’s phone rang. I heard it in my sleep. This the call, I thought mechanically, automatically. We’d been waiting for it, but not wanting it, for the past month. It was his mom, and it meant that his grandmother had succumbed to the heart problems that had been plaguing her for the past thirty years and reduced the warmth of her life to a series of emotionless medical statistics in cardiac intensive care units across Philadelphia for the past month.

I held Mr. B’s hand in the darkness as he fumbled for the phone, and in those three seconds between when the phone rang and when he answered it with someone else’s voice, I felt like he and I I had turned forty years old and the weight of the world descended on us in the early morning gloom. The baby kicked her quiet early-morning kicks, breaking up the silence of our small space. Mr. B got up. He was going to drive with his family to his grandfather to spend time with him before the funeral, four, five people trying to fill the space one person had created through over fifty years of marriage. He didn’t say a word, putting on his shirt methodically. I went downstairs to make him bagels and oatmeal and tea, anything hot, as if that would solve everything, wondering what I would do if he died, how I would fill the him-shaped space in my life. It was still 4:03 am.

Three hours before his grandmother’s funeral, my mom called me. “We’re going to the hospital,” she said. “Your grandfather called himself an ambulance because he was having strong chest pains.” My grandfather had open-heart surgery the following week. Before his triple bypass, all of my family was uneasy. We are not quick to turn to superstition, but when we do, we turn hard. The night before his surgery, I lay quietly in bed, just me, my beluga-sized pregnancy pillow, and whatever room Mr. B still had to sleep on, and I waited for the world to shatter.

I imagined my grandfather in his hospital room with just machines for company, beeping coldly. I imagined that the night before his surgery would be the last time I would see him alive. I imagined him all alone, over 80, in the operating room, under anesthesia, and my heart crumpled into a ball, sending out weak, helpless waves of empathy that couldn’t reach him. I tried to go to sleep on my own but the world weighed heavily on me, mortality lurking at the corners of the peaceful room in the suburbs. I listened to Mr. B. He was breathing the even, slow breath of dreamers, his lanky shoulder blade rising and falling, rising and falling, steady like a wave, and I closed my eyes, confident that everything was still alright.

When I made my vows, I just was afraid I was lying when I said I loved Mr. B, and I was terrified he would find out. Because, I thought, love is big and grand and patient and kind and all of that, and every second of every day that I didn’t feel that exact feeling, it meant that I didn’t love Mr. B and this whole thing was just a huge fraud.

Love means going on a business trip and thinking, “This is a great city, but why isn’t he here, enjoying the view with me? He would have loved this little store that sells tea.” It means waking up every day and thanking God he is still there, alive, breathing, mine.

When Mr. B’s other grandmother died three months into our marriage, I was heartbroken for him and for the woman she had been. When his grandmother died two weeks ago, I became heartbroken for his grandfather, because, after six years, I have finally begun to understand what it is to build love with someone, to carve space inside yourself for someone else, and then to have them leave. I saw ourselves, fifty years later, floating ghosts, soul-less, the love we had built into the other person, draining out, leaving a bottomless world void of meaning.

As he sat in the kitchen at 4:05, ashen, unshaven, drinking his tea, I looked at him, but I didn’t say anything. I could tell he felt the same way. I could tell he was thinking about the ghosts.  I moved to the toaster and quietly cut his bagel in half, turning the setting up to 5, the way he liked it.