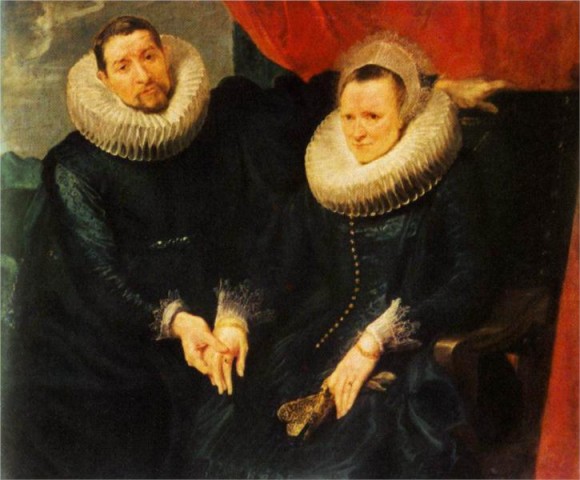 Companies do use cases to figure out which technologies work best for what kinds of purposes, but I am betting you a million dollars companies will never be able to figure out my parents.

Since I force-gifted my mom an iPad for her birthday last year (“It’s too expensive! I don’t need it! Why are you giving me this thing! It’s too complicated! Oh wait…do you have WiFi in your house? I need to sync my iPad…just a minute, I think I forgot my iPad and I can’t leave the house without it”), she has been becoming progressively more technical.

She’s been reading Kindle books (that I buy and force-gift her through the Kindle lending library,) listening to Russian radio through TuneIn, and generally doing crazy things like using Yelp.

On the other hand, If there’s anyone the NSA won’t be able to find, it’s my dad, because, although he is extremely smart and has repaired non-working televisions from start to finish, he is too lazy to internet. “Google me up some information,” he’ll tell my mom from the couch.He has checked his email probably once in the last six months (“too much work to log in. Just tell me over the phone.”)

“Google it yourself,” she’ll say, not looking up from Flipboard, and he’ll sigh and wonder why he married her.   Even though he’s lazy, he still needs all the latest information about Mashina Vremeni, so he’ll get up and find the laptop.

Things have been progressing in this manner for a couple of months, with the iPad really fueling some new use cases for them. For example, last week, my mom called me on Skype from vacation in Costa Rica to tell me that A) This was the most awesome hotel she’s ever been in and B) I needed to call my grandfather.

My dad, while refusing to learn how to use the iPad has, on the other hand, been lovingly accessorizing it, like a pet. “This is a good case,” he said, lovingly showing me the leather stand-up folio he purchased. “It will protect it. I also got Bluetooth speakers.”

“But what are you going to use them for, Dad? Have you used the iPad at all? Downloaded any guitar apps like I told you to?”

One of my dad’s burgeoning fantasies has been to hook up the iPad to TV  so they can watch movies off their WiFi.

I’ve never heard of the iPad-movie use case before, and this problem gets more interesting with the fact that, although I bought them an iPad with 3G capability, they refuse to pay the monthly fee for it, partly because it seems expensive to them, and partly out of principle, because paying for things is for suckers and Americans.

Between the laziness, the payment workarounds,  and the technology splurges, things finally came to a head a couple weeks ago, when they decided to get smart phones.

“We’re getting smartphones,” my mom told me via Skype.

“We’ll see,” I said. I have been hopeful that they’ll convert to 21st century for the past five years so I can finally send my dad texts in Russian and email my mom stupid articles people are posting online so we can judge them in real-time.  That’s MY use case for my parents.

But they’d been talking hazily about smartphones since 2011. The only thing stopping them, really, is that you have to pay for them.

“Really,” I perked up. She was talking specific models. This was serious.

“Yeah, we need a phone that’s compatible,” my dad yelled in the background of the chat.

“Compatible with what,” I asked.

“Why would it need to be compatible with the iPad?”

“I want to hook up the phone to the iPad and watch movies on it for free.”

“Let me get this straight. You won’t get 3G access on the iPad, but you’re willing to get a cell phone, connect it somehow to the iPad, and pay for the streaming data anyway, because you think it’s more free than just paying for the iPad?”

Companies, take note to design your use cases around my parents. And Verizon or AT&T, watch out. You have two new super users coming on board. (Maybe.)