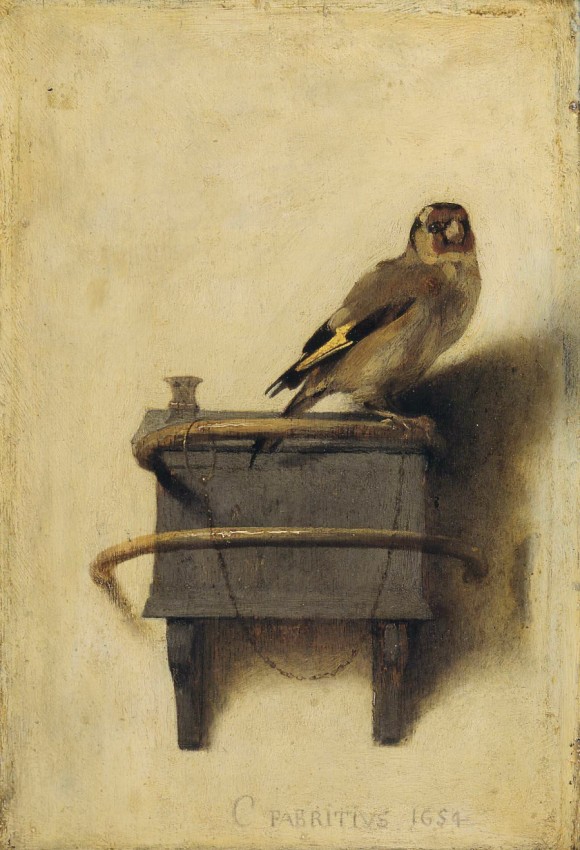 Interviewer:So. Vicki. You hated The Goldfinch.

Interviewer: You must hate humanity.

Vicki: No, I just…did not like this book at all.

Interviewer: Are you a secret Nazi?

Vicki: What? No! This interview became inflammatory very quickly.

Interviewer: I just find it hard to believe that someone doesn’t like one of the most-well-regarded books of 2014 so far. Donna Tartt took ten years to write this thing (probably wearing pantsuits the whole time), she sweated, she labored over Theo, just so you could have this thing to read. Do you have a soul?

Interviewer: You didn’t try hard enough. Donna Tartt died so you could have this book.

Interviewer: The book is on Amazon’s bestseller list. It was hailed as a “The Goldfinch is a rarity that comes along perhaps half a dozen times per decade” by Stephen King. “With a Dutch master’s attention to detail” by the Washington Post.  And a “stunning success, one of the most striking novels I’ve read in years” by some dude on Amazon.

Vicki: I know, I know, I know. I tried to get into it! I liked some of the characters! I liked Boris, the creepy Eastern European dude, and Popper, the dog. But I had to slog through every single page. But there is no feeling, nothing interesting, in ANY of the characters. I didn’t care that Theo’s mother died or that he was trying to get back to the East Coast, or about that stupid Goldfinch painting. I was just BORED. I was waiting for someone to die in a horrible fiery death again. Only if I didn’t have to read about Kitsey. KITSEY. STOP TALKING. SHUT UP KITSEY. I HATE YOU. I ALSO HATE EVERYTHING ABOUT FURNITURE, I DON’T CARE ABOUT FURNITURE AND I DON’T CARE ABOUT HOW DRUNK THEO GETS EVERY FIVE MINUTES.

Interviewer: You have no taste and you’re never allowed to blog again.

Vicki: But I LOVED her Secret History! I stayed up late at night reading it! I had high hopes!

Interviewer: You don’t know how to read English.

Vicki:  I’m not alone! I can’t be! PLEASE SOMEONE OUT THERE WHO HATED THIS BOOK.

Interviewer: The English-speaking Society for Classy Guys and Gals Who Read Pretentious Books on the Train hereby outsts you. Hand in your badge and your condescending smirk.

Vicki: I love that smirk. It’s how I know I’m better than  Danielle Steele.

Vicki: Am I allowed to read The Luminaries? Or my Yiddish book?

Interviewer: You can’t handle allegories, allusions, or explanations of art and society. You can’t empathize with characters, and you don’t understand the pains of real Authors. I hereby only allow you to read Dan Brown from now on.

Vicki: *quietly sobs in the corner*