That movie about Joaquin Phoenix’s mustache

–Welcome, new readers. I don’t always write about Russian toilets!  Check out some of my other posts on almost being shanked in Jerusalem, Russian medical advice, being Jewish, my MBA, Big Data,  being terrible at cooking, and women in tech.  — 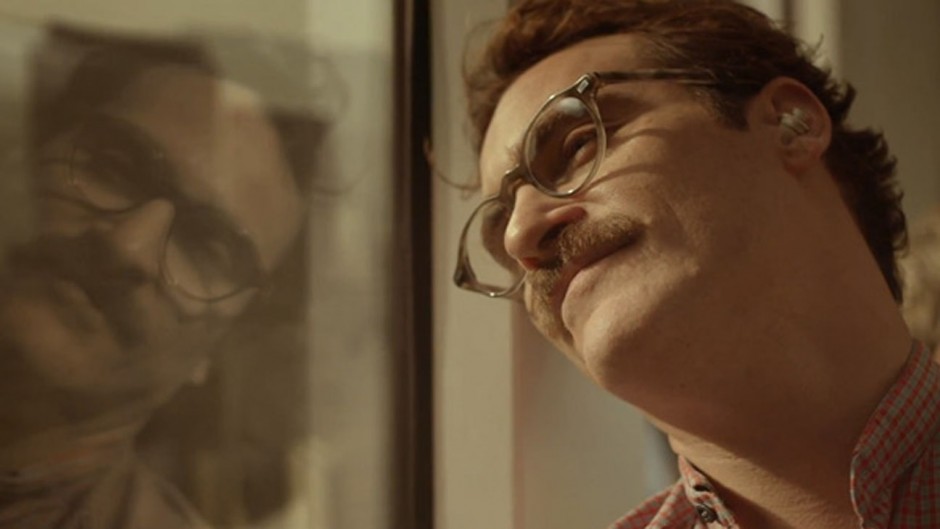 Mr. B and I went to see “Her” last week  because all of my hipster news sources (The New York Times) mentioned that this was The movie to see.  If you have a couple hours  to kill and feel exceedingly happy about your life (and who isn’t feeling positively joyful in this bleak unending Northeastern nuclear winter?), I highly recommend watching it. You will leave feeling like you hate computers, humanity, the fact that it has an unGooglable title, and most importantly, Joaquin Phoenix’s mustache.

I wanted to see Her because everyone has been raving about how seamlessly Spike Jonze integrates human life and technological interfaces.  Also you’re legally not allowed to continue owning an Apple product until you’ve seen this movie. Spoilers below.

The film is about Theodore,  in his late 30s, who is recently-divorced. Theodore is sad, not only because he was emotionally unavailable to his now ex-wife,causing said divorce, but also has an artisinal (but soul-crushing!) full-time job which allows him to afford  an incredibly large,well-decorated, and  sunny (but empty!)  apartment in Future Los Angeles, which looks a lot like current Los Angeles, only with higher-waist skinny jeans. Also, everything in Theodore’s world looks like Instagram,because in the future, the X-Pro filter is vintage again. 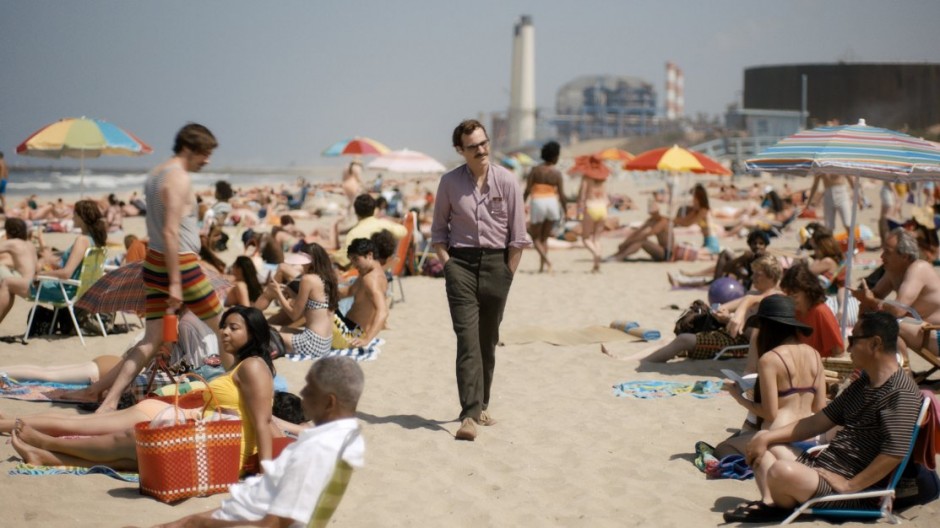 One day while after writing handwritten letters for beautifulhandwrittenletters.com ( in the future, the internet still exists and we are back from the current fad of websites named like the author was having an involuntary keyboard spasm {Zap.ly, spark.io, blarf.er}) Theodore spots an ad for a new operating system that learns about you as you interact with it, and evolves.

He installs it and decides to give her a female identity, Samantha. This is a deceiving name because she has  only none of the fun, hijinks, and nose-twitching of the actual Bewitched character.  She doesn’t have much of anything. Samantha exists solely as a voice in Theodore’s  futuristic media center (just an earplug) and his futuristic phone (just a phone), so it’s up to the viewer to imagine the implications of interacting with something that is entirely non-human but acts like a human, and something that can never be seen, only heard. 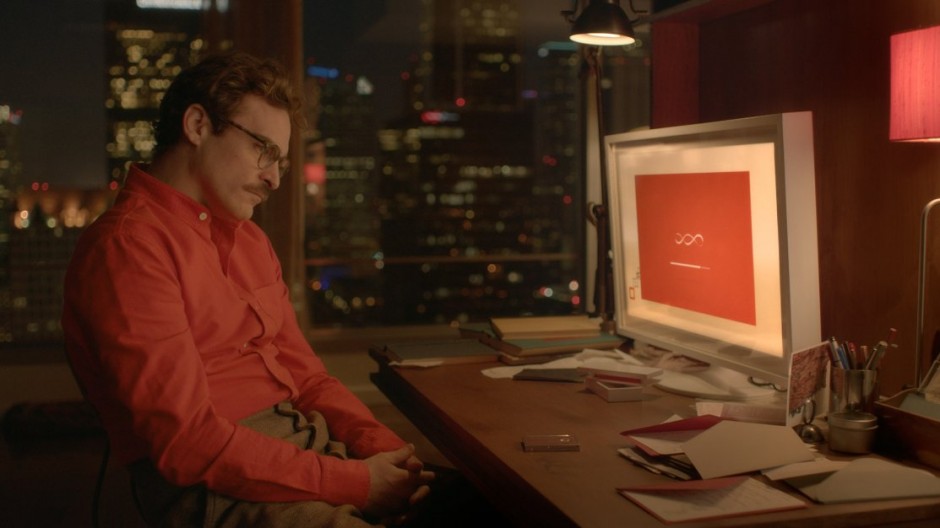 Theodore, lonely because he cannot commit to anyone in his real life, decides to commit to what is essentially the smarter,  futuristic equivalent of a call-center voice recognition system.   The rest of the movie is about the implications of having a relationship with something that is not real, but that challenges the viewer’s perception of what “real” means, and what computers will be capable of in the future. (In the future, computers are capable of phone sex, and it is awkward to watch. Really awkward. )

The questions the movie is supposed to bring up are all Kurzweil-ish: how do you know when something’s intelligent enough to make its own choices? How do people deal with technology, and how will this impact us in the long-run? How will humanity change in the face of things it invents?  And, most importantly, how can we get a cushy job at beautifulhandwrittenletters.com?

The future as Jonze envisions it would probably be easier to imagine if it wasn’t so much like the present; his brave new world  is a huge Apple commercial, and if this is where we’re headed, then, I speak as a loyal Apple user who wrote a creepy eulogy about Steve Jobs, but get me a ship off this planet. There is nothing in this movie that makes me believe it was shot at any time other than two weeks ago.

A month ago, Mr. B went to New York for a hackathon and I went to the Museum of Sex (yes.) One of the exhibits was the printout of Anthony Weiner’s explicit Facebook chats with all of his various mistresses. The timestamp was 2010-2011. Does something like that belong in a museum yet? I had the same feeling watching this movie. 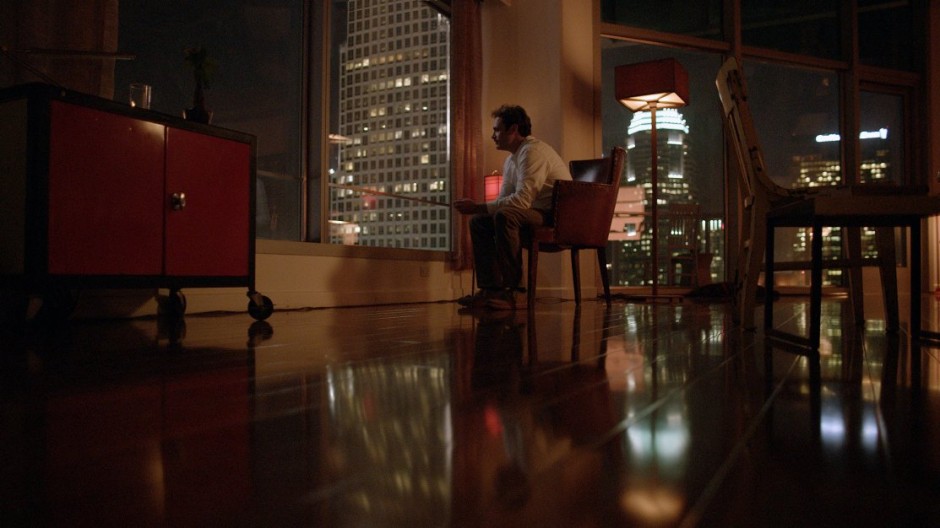 The second issue is that Theodore was a character who was insanely hard to sympathize with. His marriage ended because, as he says, he was hiding feelings from his wife and couldn’t communicate, he delayed signing his divorce papers, and he went on dates where he couldn’t emotionally commit to Olivia Wilde. He is a wishy-washy individual who can’t get excited about anything except video games and nude pictures of pregnant celebrities. He ear-dials a phone sex operator just to hear the sound of someone’s voice. Most unforgivably,  he wears impeccably-ironed button-down shirts. No one can iron that well in real life.

The last problem is that Jonze doesn’t offer any hints or solutions to this problem of human loneliness, which is so pervasive in our society. I already know that I’m addicted to my phone, and I already know that Google’s search algorithms are getting so smart that they are filtering out search results that are otherwise valuable, thus altering our collective understanding of the internet.  Some people are more connected than ever on Facebook, but don’t know their own neighbors.  My question is, what do we do about it?

I know I use my phone as a crutch.  Tell me how to stop. Or, don’t tell me. Artistically show me through Instagram shots and strategically-placed emo music.  1984 takes us through the logical conclusion to the invasion of privacy. What’s the logical conclusion to being married to our phones? “Her” doesn’t make it clear, because the ending is a bit of a cop-out.  There’s nothing at stake, and nothing lost. 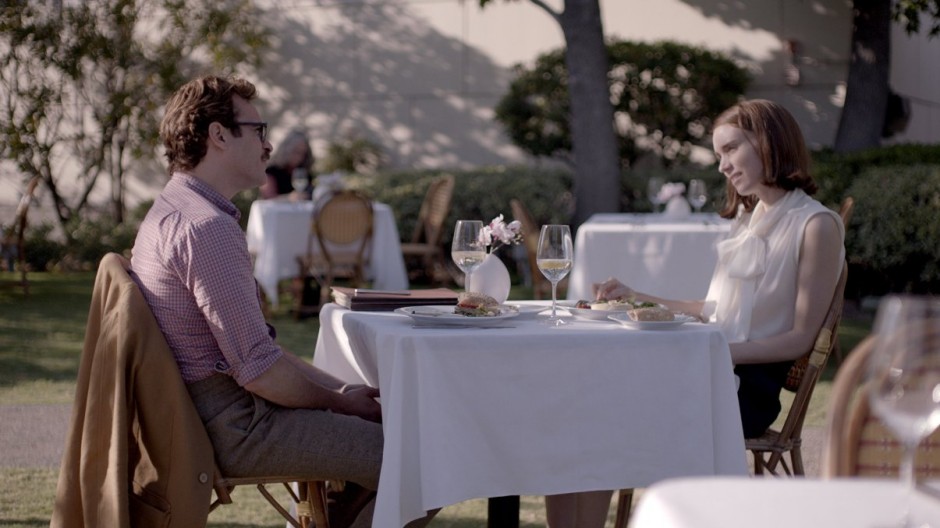 No matter how good the machines get, they’re missing something intrinsically human. When Mr. B and I discussed this after the movie, his position was that even humans are programmed. We’re just a collection of random reactions that are limited by what our meat-brains think. How are we different than a computer, really? At least a computer as advanced as Samantha. And I didn’t have an answer then, but I have one now: humans can override their programming. Humans have free will. Humans that didn’t like chocolate when they were born eat gallons of Nutella now. Computers can never do that. They are constrained. And because they’re constrained, they’re not genuine.

The next question is, if machines aren’t better than humans, as they’re not, then how do we reclaim human contact ? How do we start to trust people more than computers again?   This was the point of thinking in the movie where my circuits, sugar-rushing from theater Milk Duds, overloaded. I just wanted to see a movie, man. I didn’t want to be sucked into existential discussions of singularity.

Of course, this line of thought may be exactly what Spike Jonze was looking for in a reaction, in which case, damn you Spike Jonze, and yes, I would like a pair of the high-waisted hipster pants in women’s large, thanks. Oh, right, and please invent an interface to make me less depressed in February.