The two types of cold 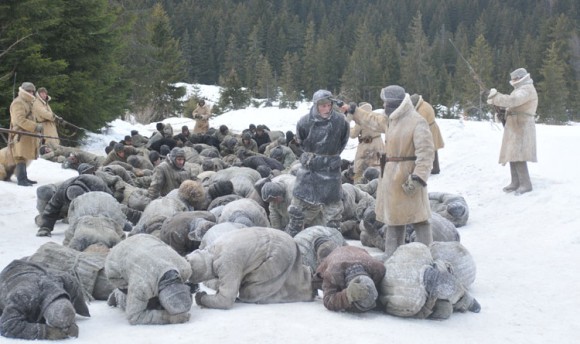 For the first half of the cold, I hide away from it, the American way, with blankets and mugs. I pace the living room, I memorize our couches and our plants,  and then I sit and I dream.  Mr. B and I are inside, near the TV, our world small and warm, going slowly insane.  I am not dreaming about anything specifically warm, because warmth is too far away, but I am just dreaming about the next day of the cold and how I can make it through.

We are, masochistically, watching and reading things about the cold. First, we watch The Way Back, a movie about escaping from a Siberian gulag featuring the guy from Cloud Atlas and Colin Farrell’s eyebrows. 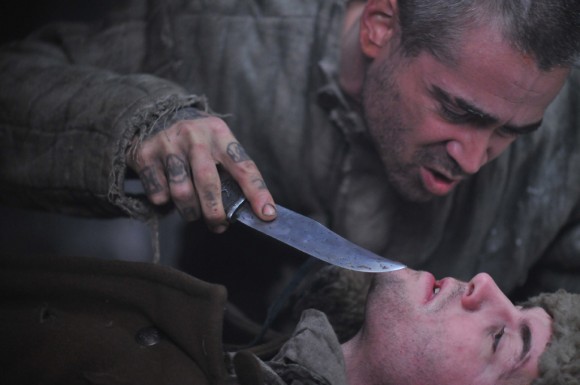 The Cloud Atlas Guy is Polish and accused of crimes he didn’t commit, so he goes to the Gulag, along with an American guy and other Russians. The first half of the movie is of them doing brutal, backbreaking work, and just cold, brutal cold.  My hands become numb in my gloves while I’m walking to the car, and I can’t even imagine this cold. I can’t imagine how humans can survive it. I can’t imagine having to unthaw from that.

Varlam Shalamov, who was in the gulags in Kolyma, wrote poems and stories about the frost.

How are roads beaten through virgin snow? A man walks in front, sweating and swearing, barely able to place one foot in front of the other, constantly getting stuck in the deep, powdery snow. He walks a long way, leaving behind him a trail of uneven black pits. He gets tired, he lies down on the snow, he lights a cigarette, and a blue cloud of coarse tobacco smoke spreads over the white shining snow. The man has already gone on further but the cloud still hangs where he rested – the air is almost motionless.  (translation not mine)

I stay indoors and drink my tea and bide my time, and catch colds and lay in bed and hallucinate during fevers, and then the Yellow Wallpaper starts to happen in my mind.

I hate being in my house, I hate my furniture, I hate my plants. I hate that in America you have to be snuggled up and warm with a mug of hot chocolate and popcorn. I’m miserable with this kind of winter.

I realize I’m doing it wrong when I read a story about a woman who goes to compete in an Alaskan wilderness contest in January.

In past years, temperatures had plunged as low as minus-30, and the spilled water had turned the course to ice in moments. Spectacular wipeouts had been commonplace. Today, with the air hovering around freezing, the slushy street seemed perilous, but manageably so. I bobbed on the balls of my feet at the line, feeling the same ripples of nervous energy and excitement I’d always had before the opening kick when I played rugby. Carmen stood on my left, with the two local girls — “We’re representing the Denali dames,” they told me — on my right. My two buckets sat on the snow in front of me.

If she can be outside, so can I.  Mr. B and I go to New York, and even though it’s snowing, or raining, or haling, I  put on my mittens and my boots and go walking through the city. I run outside in the winter, and it’s the most liberating experience in the world. We take hour-long walks, and we see deer.

This winter is magical, because I own it, instead of it owning me. This is Russian winter. I still get sick, I still get colds, but I’m not afraid anymore. I’m just counting down the days, one by one, when the two winters converge into longed-for spring.