Pinterest is ruining America, and by America I mean Thanksgiving

Yesterday, while I was debating whether to kill myself or finish the accounting homework, Pinterest sent me an email. This itself is not unusual. Despite the fact that I haven’t been active on Pinterest in months (even to update my Hot Dead Guys board,) Pinterest is hoping I come back often for the click$, so they send me emails when someone repins my pins,when someone starts following me, and sometimes, just to be nice.

“Hey friend, look at this inspiration board we made for Halloween,” they’ll say, batting their eyelashes, like the street hawker in New York, hawking shady Chinese massages, handing you a card, shifty-eyed. “We just thought you might want to know about this pumpkin that you can paint black and use as a road sign for the kids that are sure to trash it!” 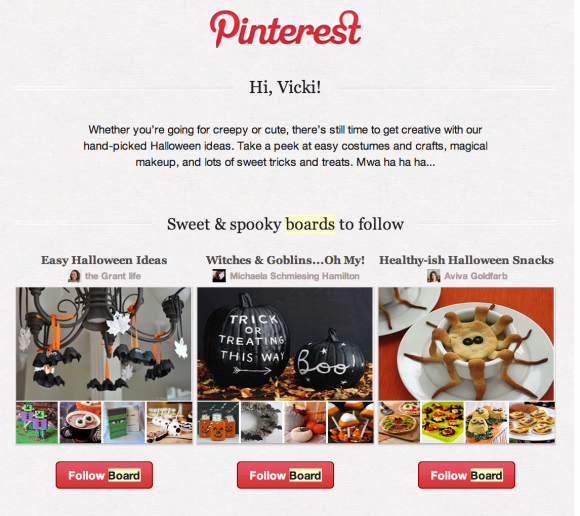 “Or maybe you can take the time to hang bats on your chandelier, because it’s an easy, no-frills way to tell everyone that you’re teetering on the edge of sanity.”  It’s true, I am an unusually grumpy Old Person when it comes to Halloween.

So usually I can withstand their charms, because I hate 90% of everything on Pinterest, by which I mean it inspires jealousy in me that people*

*1.5 million unique women who skew Midwest normally distributed in the 25-45 demographic with a household income median of $60k

are able to and have time to do this stuff.

Maybe I should know how to do this stuff. I have no idea how to sew, almost no baking skills, and I consider Photoshop to be my crafting tool of choice. What I’m saying is that I would die on the Oregon Trail, or even in my favorite Siege of Leningrad.

Look at these brownies I made from a box last night. Jesus. They look like something you would give the livestock while you’re yelling “sooKEEEE, here SOOOKIIIEE.” Mr. B was the victim of choice for these. 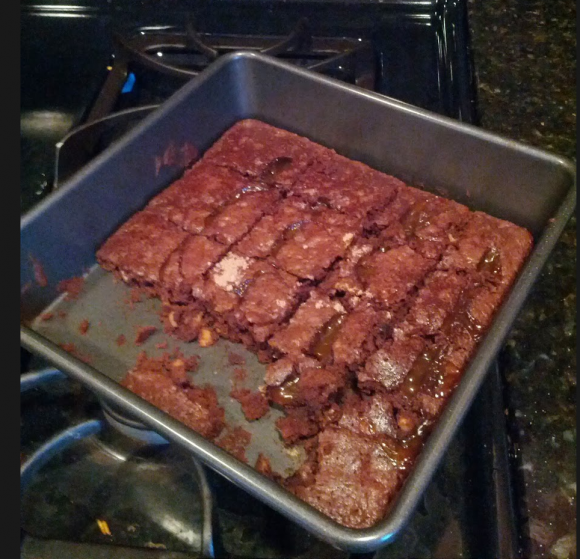 Since I’ve realized how much I suck, I’ve been reflecting on how I can be more hostess-y and welcoming for Thanksgiving, since I’m hosting at least 12 people again.

So when Pinterest walked up beside me in an alley and flashed open its coat to reveal hanging plastic baggies of Pins for Thanksgiving, I jumped on it and started looking for cute, do-able Thanksgiving recipes.

The problem with Pinterest is, that it is highly aspirational, and there is no way you can host a Russian-majority party with these ridiculous pins.  You see, the Russians and the Jews are a people of deep tradition. Be it bar mitzvahs, vodka, or sorrow, we like to do things as we’ve known them to be done. And, from our early days in the New Country, we know Thanksgiving to be done with turkey, mashed potatoes, and a little bit of the dreaded herring under fur coat.

We don’t take no B.S. from anyone. We want a dead bird and mashed potatoes from spuds that were grown in GMO-enriched soil and that’s final.

And Pinterest is aspirationally B.S.-ing  the true meaning of Thanksgiving with hipster food moments.  B.S. in this case includes “meatless main dishes for a holiday table,” for when you hate your guests: 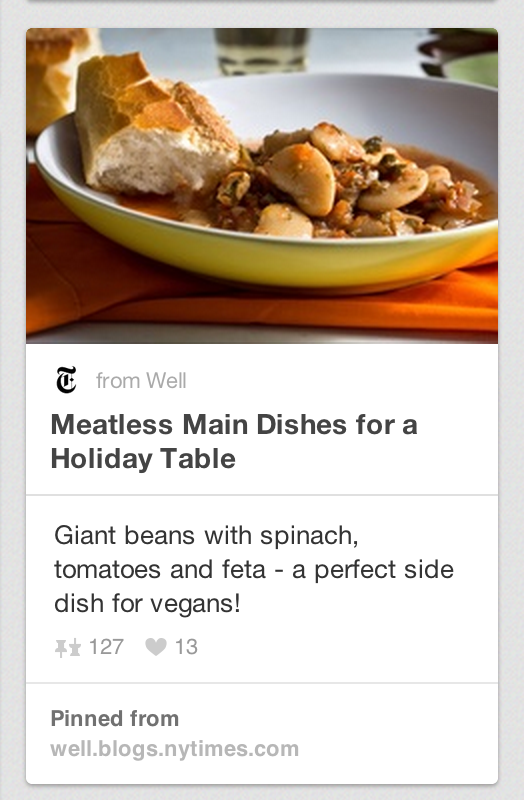 Paleo ideas for when you’d like to remind your family of the food shortages they experienced in the 80s: 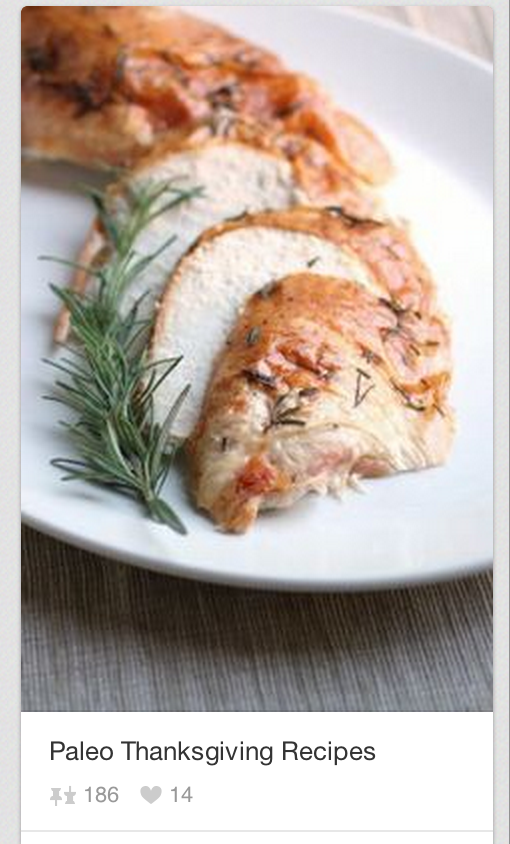 And bacon on top of turkey because America as a country is not living up to its emergency-room cholesterol potential this year, and because if you cook, you have to mention bacon: 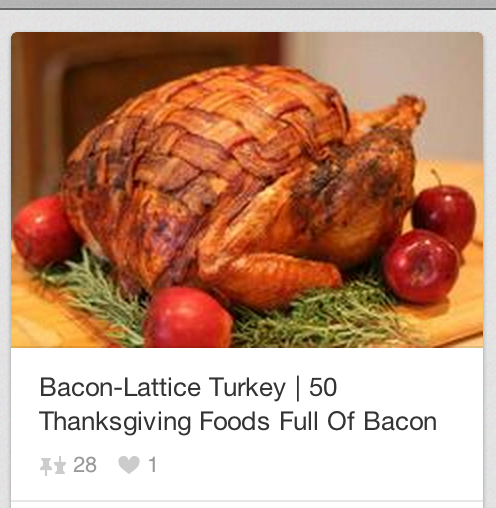 Then, when you’re done with the main course, you can eat quinoa until you die: 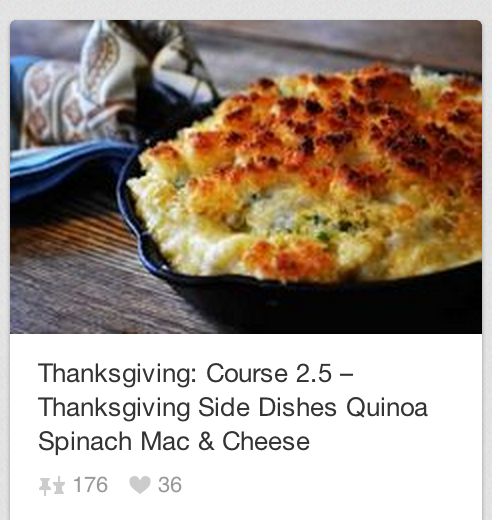 And! As an added bonus, since Hanukkah falls on Thanksgiving this year, I can buck hundreds of years of tradition make spinach, feta, and potato latkes. To get some schadenfreuede out of the fact that the Greeks destroyed us and now their economy is in the toilet, I guess?  GTF out of here. 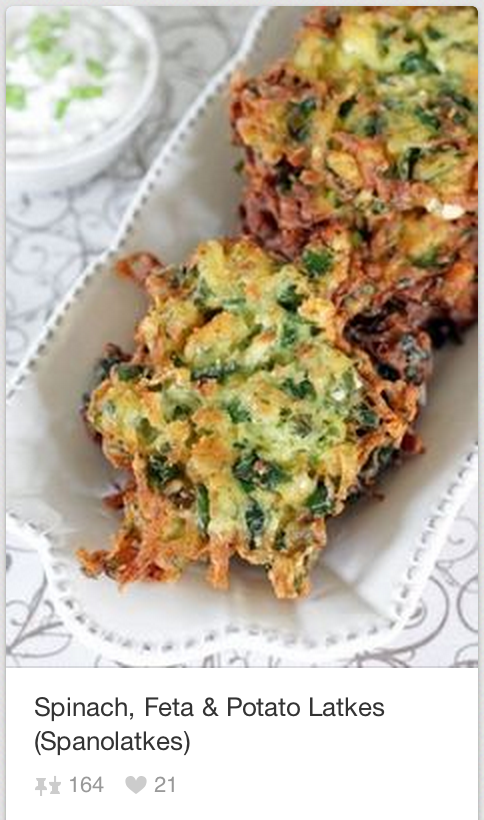 In Russian, we have a word,выпендриватся, vipendrivatsya, which basically means being spoiled about your choices to the point where you are considered irrational to people around you.

I have a new word suggestion: Vipinterestvatsya, which means don’t make anything you see on Pinterest if you want your guests to like you ever again.