The state of the Jewnion 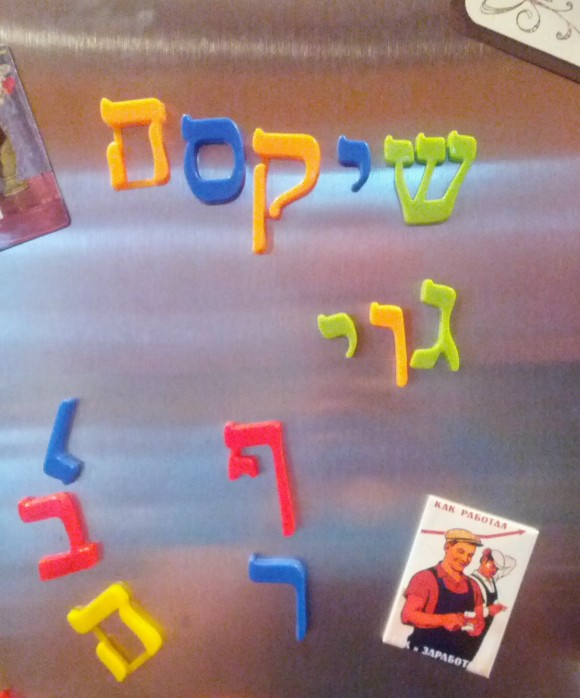 If you come to my home, it will be hard to tell that Jews habitate within. Sure, there is the kiddush cup from our wedding, sitting on a side shelf, or a menorah in the library, or the mezuzah tucked away in our front door. Our ketubah is lying around somewhere upstairs.  There is a vintage travel poster urging you to “Come Visit Palestine!” with a picture of Jaffa sprawled out near the sea. Hebrew letter Jewish? Or just hipster?

We are not extremely outwardly Jewish in our daily lives, if being Jewish means going to services, knowing anything about prayers, or not eating shellfish. And, according to a new poll by the  Pew Research Center’s Religion & Public Life Project, because of us, the Jewish people of America are screwed.

The poll found that,

Two-thirds of Jews do not belong to a synagogue, one-fourth do not believe in God and one-third had a Christmas tree in their home last year.

The poll has just described the entire Northeast Philadelphia Russian population, and probably half of Israel. And yet, I’ve never met more a Jew more fervent than my atheist grandfather.

Of course, religious Jews are up in arms and Jewish organizations that rely on telling Jews that there are no more Jews are FRANTICALLY UPSET,

“It’s a very grim portrait of the health of the American Jewish population in terms of their Jewish identification,” said Jack Wertheimer, a professor of American Jewish history at the Jewish Theological Seminary, in New York.

But I’m angry, too. Are you saying that just because I don’t go to Friday night services, that you won’t count me as one of your people? I guess even crying at Prince of Egypt doesn’t count?

American Jewry has always had a stupid relationship with what it means to be Jewish that starts and ends by measuring how many times someone goes to a synagogue, which is like counting how many foodies there are by how many 4-star restaurants they go to. Maybe they’re eating at hole-in-the wall places you don’t know. Maybe they’re cooking at home.

That shit is hard to measure, but the Jewish community can’t be bothered to measure it, because that would mean actually thinking instead of panicking and trying to raise money from rich Jews who are also concerned about the Situation.

None of these are measured in the survey, and yet all of them are my reality as a non-religious Jew who is as Jewish as you can be without knowing the difference between mincha and bracha.

Try these on for size, Pews and Jews, shut up,  and don’t come back until you start making sense again.