Boy, European movies sure are depressing

This post contains spoilers about a movie you probably never want to watch anyway because it will make you want to stab yourself, and all of humanity. 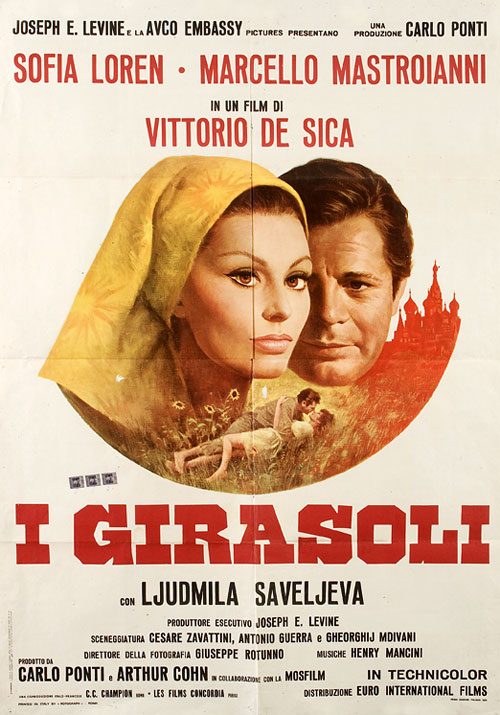 A couple weeks ago, Mr. B and I watched I Girasoli (The Sunflowers), a 1970 Italian movie featuring Sophia Loren and Marcello Mastroianni.

We’ve had great success watching other Loren-Mastroianni combinations. They’re electric on screen together. What’s astounding is that they played opposite each other for close to 20 years and they never once played the same characters. They’re that good. 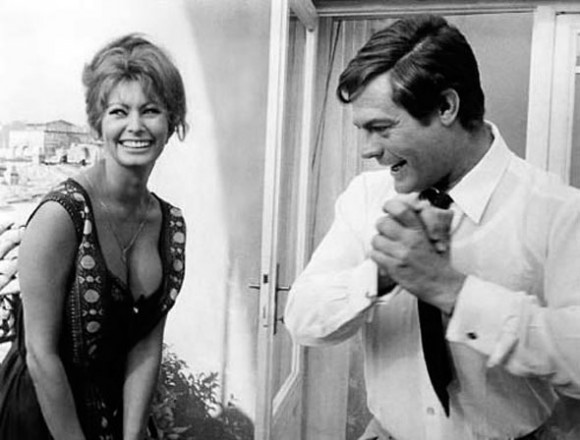 Our favorite so far has been Leri Oggi Domani, a comedy with three scenarios about men and women, including a woman in Naples who keeps having babies so she doesn’t have to go to jail, a Milanese socialite bored by her husband, and a prostitute who urges the local priest to commit comedic sins.

So, I decided this one also would be great, especially since it was directed by the same guy who did most of their movies.

The thing you have to understand about why watching this movie is important is that Mr. B and I have diametrically opposing tastes. I like to watch movies that teach me something about humanity, make me think about myself, and show me places I’ve never been before. Mr. B likes watching Pacific Rim.

So, the wheedling has to start a couple days beforehand. First, I curate the movies available to watch by going through them, one by one. Then, I watch the first five mintues of about six movies a piece to see if it could ostensibly interest him. Then, I have to bring it up casually over dinner, usually via guilt trip.

“We don’t do anything after work together anymore,” I’ll cry into my stir-fry. “Ok,” he’ll say. “What do you want to do?”

“Let’s watch a movie,” I’ll say, brightening. “I have a couple picked out.”

But that’s not the end. Because he has to be interested in the movie. So the first five minutes are critical. Otherwise, the whole exercise goes down the drain.

So, I Girasoli being a Loren-Mastroianni collaboration, I thought we were golden.

We start watching. A field of sunflowers. Ok, great! Nice, light-hearted movie! About Italy! And Sophia. All is well. I had also made popcorn for this viewing, so we started eating.

The sunflowers and the opening credits end, and we see a woman, late 30s, dressed all in black, at an Italian train station or post office, begging for information about her husband, who is a prisoner of war in Russia.  She is struggling to hold herself together. (But she has great eyebrows) 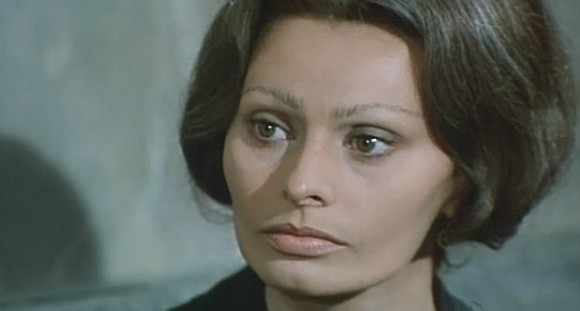 That’s cool, I thought, still eating the popcorn. She’s going to be classy and widowed until the middle of the movie, when her and Marcello reunite and have tasteful European sex. Go ahead and cry. It’s going to be ok.

Sophia goes to another, stooped, elderly woman, also in black. This is Marcello’s mother. “I’ll find him,” Sophia says with resolve, and the camera pans out to a wall full of photos of Italian soldiers, lost forever in the Soviet Union as sad music plays. That’s fine, I thought, but I could already feel Mr. B tensing up beside me.

“Hey, so, how did the Italians even get to Russia,” I asked him as Sophia was going home, to her lonely house, her lonely, uninhabited marriage bed, a broken woman, broken by years of war and years of promises, and the elderly mother shuffles along. “Didn’t they fight for, like, three days?”

“They fought?” Mr. B asked, grabbing a handful of popcorn.  We were still at the sarcastic jokes portion of the film.

But then, oh crap, Sophia looks at the picture of her husband in uniform, and it’s time for a flashback. Of how they were young and stupid, of how they were carefree, of how they met and got married in a week so Marcello wouldn’t have to go the army, of how they made love and honestly, quite a large amount of pasta in a small, romantic hut somewhere in the Italian imagination. Of how the war exploded around their regular human lives and seeped into the cracks of their existence like misery.

Oh God, it was starting.  I put down the popcorn.  Mr. B tried to move away on the couch, feeling that this movie was about real human emotions. He was already plotting his escape. 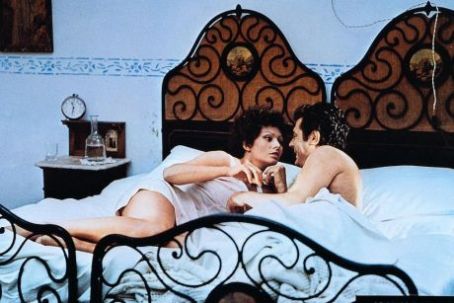 And then,  after two weeks like this in limbo, their nerves strung out with love and fear, Marcello went back to the army, to the front.  This, apparently, was not a lighthearted Italian comedy. 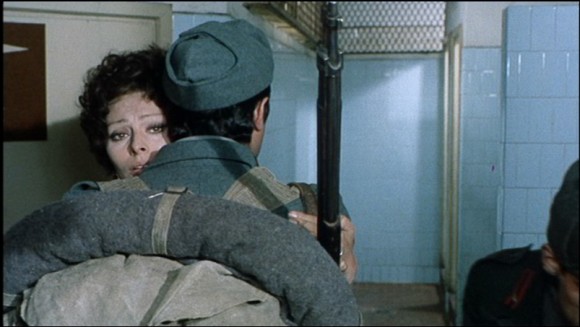 And then the Eastern Front. Jesus Christ.  I mean, I know I’m ready to do Stalingrad, but not like this. 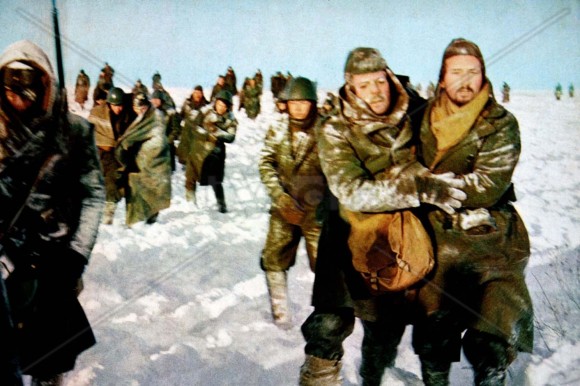 You can’t eat popcorn when people are losing toes right and left.

Ok, so Marcello somehow makes it through the winter and  survives that. So, happy ending, right?

Sophia lives a lonely and isolated life for YEARS. She has no word of him. He never returns. She goes to this office and that office and meanwhile lives in the cold embers of their two weeks of love. And then guess what she does?  Guess?

Yeah, she goes to the Soviet Union to look for him.

She goes through every nook and cranny. 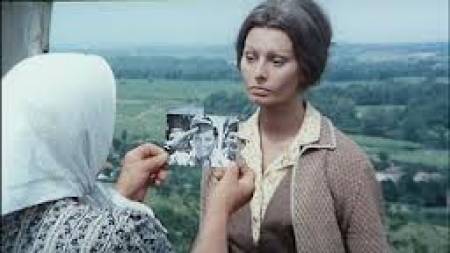 This was in the 50s. And guess what? She finds him! Except guess what, he’s fully integrated into Soviet society and he married a Russian woman! The look as she sees him embrace his new wife and his !daughter! and she boards the train: 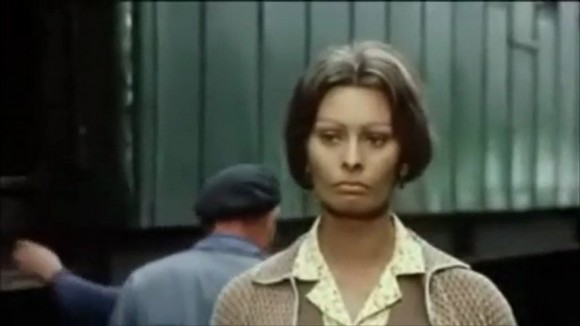 Do you want to die yet?

But there’s more. Because she goes back to Italy and tries to lead a normal life. But guess what she can’t because holy crap she found her dead husband after nine years and he’s someone else’s husband and father now and what’s worse is that that someone doesn’t even know how to eat a nice prosciutto or cook pasta al dente, mainly because there is no pasta in the Soviet Union. That’s the real tragedy.

Anyway, so guess what happens next? Nothing. She lives her life alone. But then! Somehow, he gets out of the Soviet Union (in the late 50s!!!) and goes to Italy and now he’s in Milan and now he’s in a hotel and now he’s picking up the phone, dialing her apartment and it’s ringing and pick up Sophia, goddamnit, pick up, for the sake of all that’s good and holy, pick up and reunite with your husband, make it right, heal the wounds, do it, and oh she’s picking up the phone now but she’s completely quiet…speak, Sophia, ciao, ciao, say it, say it, and she says pronto and he says pronto and then there is a silence…I’m coming over he says and then you are SO happy because this movie is so CRUEL to your emotions and you are dying inside then he’s in the taxi and it starts to rain and he runs to her dark apartment, up the stairs, she puts on makeup in the mirror in the dark, go, go, go you say, nine years will be nothing once you’re together again and happy, and now, hurry open the door Sophia, for him, do it, and all of a sudden they are together and they kiss passionately, and yes! it’s a happy ending, but wait, noooo, they break and it’s awkward, because the baby-the baby??? starts crying in the next room, goddamnit Sophia, and everything is broken now between them, they are different people, they have separate lives, and he leaves and goes back to the Soviet Union on the train and that’s the end of the movie. 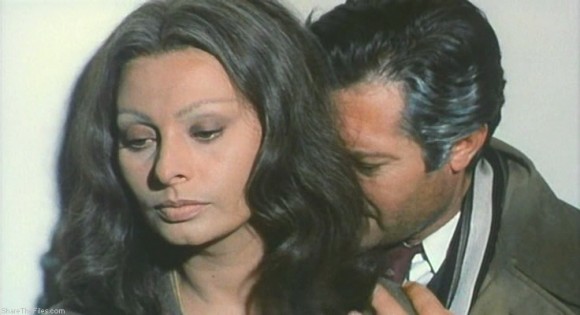 Long story short, I’m sorry Mr. B. I’ll watch The Walking Dead with you next time.