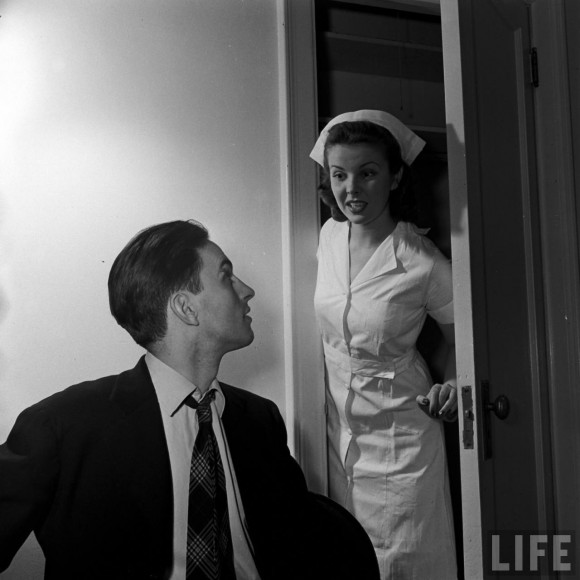 My internet friend Alina (and frequent commenter here) wrote a short story for a romance anthology (which you can buy now, here).  (Disclaimer: I got a copy to read for free). Here’s the press release:

They say “write what you know.”  And that’s just what author Alina Adams (born Alina Sivorinovsky in Odessa, USSR) did when asked to contribute a short story for the anthology “The Mammoth Book of ER Romance” (Running Press September 2013).

Instead of sticking to traditional, all-American characters like she had for her previous “New York Times” best-selling books, including “Oakdale Confidential” and “Jonathan’s Story,” Adams created possibly the first-ever romance featuring a Russian Jewish heroine, whose decisions – in life and in love – stem directly from her non-traditional background and upbringing.

Adams explains, “I wanted to do something different with my story, “To Look For You,” and feature a character unique to romantic fiction.  Like me, Alyssa Gordon was born in the USSR, grew up in America, and never felt like she belonged completely to either place.  Throw in being Jewish on top of that, and I’d never encountered a similar type of character while reading romance.  I figured I might as well be the first to create one and explore how being a Russian Jew in the States affects who you fall in love with.”

I personally will never admit that I read romance novels, but this story is at the intersection of Russian Jews, hypochondria, perfectionism, war, and men who are really, really clean, which is probably why Alina thought of me.  There were a couple of things I was always really curious about with regards to romance writing, so I asked her:

Vicki: How did you get into writing romance?

Alina: Alas, I must confess that I was one of those girls who, while other middle-schoolers were reading “Sweet Valley High” and Judy Blume in the children’s room at the library, went straight for the Sidney Sheldon, Judith Krantz, Belva Plain et. al… in the adult section  (I also did my homework on the floor while watching soap operas; shhh, don’t tell my parents).

I knew that when I grew up, I wanted to write big, sprawling novels about rich people behaving badly while dressing very well and jetting off to exotic locations.  This is because I grew up in the 80s. Unfortunately, because I actually started trying to get published in the 90s, I was informed that those stories were “out” by an editor (a mystery I still can’t answer is: Where did all those readers of 80s trash go?  Was there a tragic accident I’m not aware of?).

So my big, sprawling, 80s style novels kept getting rejected. Until I received a call from an editor who told me she’d read a book I sent in (those were the days when it was still possible to be picked out of the slush – unagented – file), and she didn’t like it.  (Wasn’t it nice of her to call and tell me that?) But, she liked my writing style and was wondering if I wanted to try my hand at writing a Regency romance.

“Of course!” I said.  Then hung up the phone and asked the air, “What in the world is a Regency romance?”

I went to my favorite place – the adult section of the pubic library – checked out a stack of Regency novels, reading enough to learn that Regency romances are romances that take place in England during the Regency period.

I wrote three chapters and an outline of a Regency and sent it off.  The editor called again, this time to say she loved it and wanted to see the entire manuscript on her desk by the end of the week.  I said, “It’s… not… polished, yet.”  Because it beat the truth, which was that it wasn’t written yet.  Nevertheless, I wrote it, sent it in, and it was accepted and published as “The Fictitious Marquis.”  I even managed to sneak some Jews into it.  Yes, into Regency England!

Vicki: Why ER romance? Is this a really big genre? How do you see it being impacted by Obamacare/AMA?

Alina: I personally love ER romance because I love when the stakes are high, not just in the personal relationship, but in what’s going on outside of the couple.  I hate self-centered characters, and it is much easier to create people who do more than navel-gaze if they also have to remove brain tumors and deal with children who have fallen out of windows.

My 2000 Dell romance novel, “When a Man Loves a Woman,” asks the question: Can men and women ever be just friends? What if one of them is married?  What if she suddenly isn’t anymore?

The main conflict of the story is between the hero and heroine.  But the obstacles in their way include hospital politics, departmental competition for funding, emergency procedures that pop up at the most inconvenient times, and trying to have a romantic conversation while covered in blood.

With Obamacare/AMA, I suspect it will take all couples in ER romance even longer to get together, as they will have to stop more frequently to fill out paperwork.

Vicki: Do you think a lot of Russians go into medicine?

Alina: Well, my father, who grew up in the USSR, wasn’t allowed to go to medical school because of anti-Jewish quotas, so, when it comes to Russian Jews, I’m going to have to go with: Not as many as would like to.

Vicki:  If you could write a romance story about the Russian ambulance scam, how would it start?

Alina:  I would probably kick it off with an orphan kid who has to drive one of these ambulances in order to put food on the table for his younger siblings (while giving kickbacks to the scary ex-con who sub-contracted the gig) picking up the spoiled, rich daughter of an oligarch.  Wackiness promptly ensues. Though in Russian.

Vicki: How do you see Alyssa’s immigrant background as influencing her in the story?

Alina: I think Alyssa’s immigrant background influences her in two ways.  One) Having experienced what it’s like to literally lose everything, to be lifted (in a child’s case, involuntarily) from every single thing you know and plopped into a completely different world where you don’t speak the language or comprehend the customs or have any way of taking care of yourself and are thus at the mercy of others, Alyssa understands on a visceral – rather than merely theoretical; as for most people – level that this can happen again. The main part of her life is geared towards doing anything she has to in order to make sure she doesn’t experience that kind of helplessness again, that she always remains in control.  And Two) Growing up in an immigrant community, where she has seen some people succeed through hard work and sacrifice while others merely decide to kick back and spend the rest of their days scamming the American government, she knows who she wants to be – or, rather, who she doesn’t want to be.  All of the choices she makes over the course of the story are utterly ruled by those two realities.

Vicki: How do you think Alyssa’s parents feel about the fact that she is unmarried and does not have children at 33?

Alina: I am sure they have given up on their daughter ever being “normal,” and so, since she obviously won’t be giving them grandchildren, try to guilt her into helping them commit Medicare fraud.

Vicki: Do you think Alyssa would theoretically treat my hypochondria?

Alina: Only if you came into her Emergency Room with an acute case.  (Let me know if you’re planning on it, I’ve got connections…)

Check out the story and the rest of the book (one story is called “What the Doctor Didn’t Tell Her, which I’m avoiding reading because it’s probably about malignant uncurable diseases).