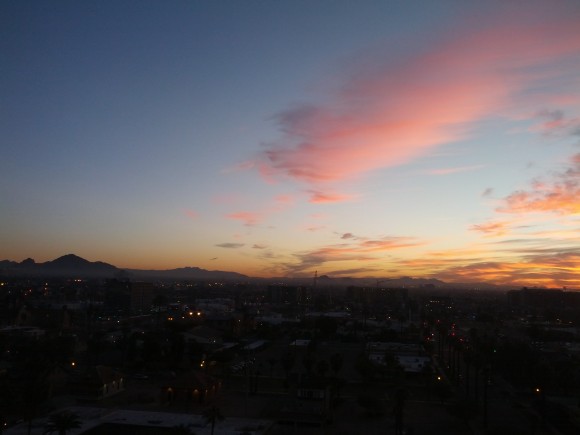 In spite of everything I write about my Russian and Jewish identities, there is a  piece of me that is wholly American. I can’t define what it means to be American entirely, because I only notice it when I’m not in America.  The last time was when we were in Italy a couple weeks ago.

A very smart and lovely woman with a PhD in art history was taking us on a tour of the ruins of Pompeii. We agreed to go in our rented car from Naples to Pompeii.  I closed my eyes as Mr. B navigated his way through Naples, one of the worst cities for driving in the world.

In addition to the road pandemonium, Naples is the most disgusting place I’ve been, with the exception of the public bathrooms in Yaroslavl, Russia. Every inch of the beautiful city, once dominated by the Bourbon dynasty, is covered in graffiti. This includes monuments, statues, and beautiful 18th-century public buildings. There is an ongoing feud between the city government and trash collection, so trash lies in the streets.  We walked the entire city in an afternoon and by nighttime we were feeling gross and depressed.

“A lot of people don’t go to Naples for tourism,” our tour guide was saying sadly from the back seat. “There are so many things to see, so many museums dedicated to paintings.” Her PhD focus was Bourbon history and she’d been trying to get tours going to museums, but everyone only wanted to see Pompeii.

“Maybe Naples needs to advertise more and draw in tourism dollars,” I said, the wheels already turning. “The city could organize a commission to combat graffiti, paint the monuments, and draw from online reviews to draw more visitors,” I brought up. “Naples is already a beautiful city,” she said, hurt by an outsider’s insensitive perspective.

I changed the topic, but I was still thinking about how to solve Naples’ problem, because there is a whole city of beautiful architecture and the seaside underneath years of grime. Mr. B was quiet, and I could tell he was thinking, too.

Problem-solving is a very American attitude, I’ve noticed. We might not believe the government will be able to help us, but we will sure as hell try. We don’t have hundreds of years of political oppression to go against, so we’ll try anything, fail miserably, and try again. We refuse to believe inefficiencies can’t be gotten around. We don’t like heirarchies, and we don’t like being quiet and polite.

Optimism is another American trait. No matter how bad things are, there’s always a new tomorrow around the corner. And freedom. It’s hard to understand freedom until you’ve been to a place that doesn’t have it in the same way that America does.  You want to rent a car and drive to California? Or go to the Wendy’s Late-Night Drivethrough at 1 in the morning or get Chinese food on Christmas? Wear pajamas to university classes or jeans to work in certain industries? Go to clown school? You can. This is America. You do whatever zany social thing you want.  A country can be a democracy, and not still have the same social freedom as America.

Israel is like that. Israel is an amazing country, and it’s also my country, but any time a conflict flares up, you realize you’re trapped in the stretch of land between the sea and the West Bank that’s only 50 miles at its narrowest point and Lebanon is to the north and Egypt is to the south and you start having dreams of the sea overwhelming you.

America is all open space, and it’s all yours.

Paul Graham summed up my thoughts about America best when he wrote this,

When he was working on the Manhattan Project, Richard Feynman used to amuse himself by breaking into safes containing secret documents.

[…]There is something very _American_about Feynman breaking into safes during the Manhattan Project. It’s hard to imagine the authorities having a sense of humor about such things over in Germany at that time.

Richard Feynman is the spirit of America. So is driving over the Verrazzano Bridge on a muggy August day, the taste of hot dogs on the barbecue, the college admissions process, Nike sneakers, cheesy Christmas sweaters, 80s movies with Eddie Murphy, skyscrapers, Texas, MAD magazine, coffee shops with free wifi, going to McDonald’s just to use the bathroom, road trips, tabloids, tip jars with little cute notes on them, Thanksgiving, and dollar stores.  It’s hard to explain what makes any single of those things American, but they are. They are all big, and open and American.

Just like the internet used to be.  I spend hours in the space that’s the virtual equivalent to my America, which is not an unfair comparison since America  built a lot of the internet. For me, it’s like a second home. Open tabs in Chrome. People arguing in comment sections.  Thoughtful #longreads about racism in Italian football. Follow Friday. The Oatmeal. “John Smith liked your status”. Check-ins. HTML code. Weird Twitter. Gifs. Cats. Analysis. I love it.

Unfortunately,these spaces are now shattered for me.  The America I woke up to last week when Edward Snowden revealed that the government is taking all of our data and sifting through it with meticulous intent is not my America anymore, and it’s no longer my internet. They are both cold places that are hostile to me.

It’s hard to say what it was about PRISM that drastically changed me.

On some level, I knew that the government had at least some knowledge of a lot of data about me. It’s obvious they have social security, medical, traffic information, income, and flight itineraries. It’s obvious that them having this level of information has drastically changed the lives of people who have accidentally found themselves on no-fly lists.

On another level, I’m fully-conscious that what I do online goes to companies’ analytics departments and, from this blog to the public. At work, everything goes through work.  I treat myself accordingly. But it’s terrifying to me, absolutely terrifying, that PRISM can tie this up with my Facebook status, my searches, and, the scariest of all, my emails and chat logs, which are, I think, as close you can get inside a person’s mind in the digital age.

I have two-factor authentication enabled on Google to stop people from hacking into my account, but it’s the same feeling as having the front door dead-bolted on two locks and turning around to find that anyone can simply come in because the back door is wide open.

I spend a large majority of my day swimming in the sea of data online. I go to Facebook, Twitter, email, weather, this blog, and everywhere. In the past, I’ve considered this world mine, safe and managed by me, as long as I was smart and sensible. The story of PRISM knocked the wind out of me. The idea that there is an analyst somewhere poring over a chat I had with Mr. B last week about whether he should have gone to his dentist appointment evokes a feeling I’ve never had before: the feeling of being watched, constantly, and monitored for any deviations outside the norm.

Last Thursday, when the enormity of this program and everything else that hasn’t been leaked yet sank in, for an hour after work I just sat and thought about it, and panicked, and every time I thought about it, about all of my chats, all of my emails, every single status and check-in, in some dark place, in some server room, untouched, until a person or a program wanted to process them, the fear grew larger and larger.  I went deeper into a terrible rabbit hole in my mind from which I only recovered maybe two days ago.  I felt like there was a box around me and it was slowly closing in.

I couldn’t write any status messages or comment on blog posts without thinking about the NSA and whether they were reading what I wrote. I found myself unable to write even the simplest things. The only thing I did was frantically work on my novel, offline, not connected to the Internet, typing away, painting my characters into the same mental corner that, until recently, I didn’t understand at all.  It was something that I finally could not solve with American optimism and wide open spaces.

I thought about what I could do to keep my data private. I’d have to switch off Google entirely, only talk to people who aren’t on Google, delete Facebook, delete all my pictures, and switch search engines. “What can we do,” I asked Mr. B, who has been extremely informed on internet privacy and security much longer than me, and whose only response to PRISM was a sad shrug and an, “I told you so.”  “You can’t do anything,” he said. “Anything that will be convenient.”  Then he sent me this link.

“Can we leave the country,” I felt myself panicking even more. Our parents had left an oppressive regime when they were 30. Would we have the same experience this go-around? “Should we go to Iceland? Can we go to the Netherlands?” I asked. “You can,” Mr. B said, “but the services are all still American-based. You can’t get around that. The traffic always goes through. ”

You used to be able to at least somehow leave a country when you didn’t agree with its laws. You can’t anymore, and your data is everywhere, and the scarier part than the fact that Amazon knows what you like to buy is that now we know that the government, the very same country that granted us freedom from the Soviet Union and taught me to be an independent, free-thinking, quirky ,problem-solver, now knows  what we hope, and what we dream.

It’s ironic. I’ve been working on this novel about 1936 in the Soviet Union for a year now. Everyone asks me why I chose that year and that topic. At the time I chose it, I knew it was important, I just couldn’t explain that history always cycles, and we should always be aware of what happened in the past, because it’s happening now. I knew it intellectually, and I knew it emotionally through the stories of my family, but it was always just above the surface.

This week is the first time I’ve been writing and I didn’t have to put myself in his place. I knew it from my gut.