I make a huge writing mistake 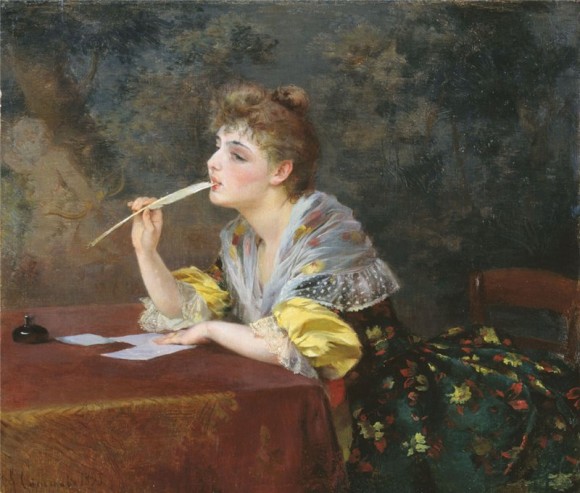 Two weeks ago, I made a horrible mistake. I agreed to send my mom the first chapter of the second draft of the novel.

After finishing the first draft a couple months ago, I realized that it sucked, because most first drafts are terrible. So, I put it down for a week.

Then, I started rewriting from the ground up.

I’ve coddled the first chapter, working it, pounding it, agonizing over it, until everything felt right and my character finally started to come to life. It was little like blowing up one of those cheap air mattresses you buy at Target. That took a week.

When I was done, I knew it I finally had a solid foundation. That was when I felt comfortable reading it to Mr. B. I read it aloud to him before bed one night with baited breath.

“It’s pretty good for a second draft,” Mr. B said. I let out my breath. Mr. B is never one to mince words, so I believed him. “Would you be interested in reading what happens next to this guy,” I focus-grouped him. “Yeah,” Mr. B said,smiling, but he might have been asleep at this point.  I chalked it up as a win.

Writing a whole novel and being terrified it’s so bad that you have to axe a year’s worth of work is pretty nervewracking, so I was glad I didn’t have to axe it.

“When can we read your novel,” my mom asked me the next day.

“You can read the first chapter, which is almost done,” I told her. I sent it to her. This is against everything writers do. Hemingway never sent his mom shit.

“YOU CALL ME RIGHT BACK AFTER YOU’VE READ IT,” I said calmly.  I hung up and waited.  I tried to do casual things like eat and watch TV. My phone rang. I lunged for it.

“WHAT DOES THAT MEAN?

“There wasn’t enough to judge. It was a really short chapter.”

“Hard to say! The chapter was so short! Don’t use me as your main reader! I don’t read English well enough!” (My mom reads over 30 English novels a year.)

My mother is very diplomatic and classy. My father, on the other hand, will tell all of the truth.  Even the truths you don’t want to hear. He will also tell the truth very loudly.

Of late, as of the past five years, he has also been communicating the truth only in English for some reason. The angrier he gets, the more English he speaks. The following conversation is almost verbatim.

“Mom said it was too short.”

“THERE’S TOO MUCH DRINKING. AND TOO MUCH SMOKING.” (The first chapter is about a character who’s on a train from Moscow to Siberia and to fill his time, does quite a bit of drinking. He is also, as most people were in the 30s in Russia, a smoker. )

“Are you saying that young men on the train wouldn’t drink to pass the time?”

“Well, what about when you were going to Siberia to serve in the Red Army? And going from Siberia?”

“FROM SIBERIA? I WAS GLAD I WAS ALIVE! (switching to Russian) We drank SO much on the train. We got really rowdy. (Mom’s voice in the background “WHEN WERE YOU DRINKING? WHAT ARE YOU TALKING ABOUT?”) I can’t believe I made it back to Yaroslavl in one piece.”

“So what you’re saying is that you didn’t like the chapter because it was too realistic?”

“MAYBE. BUT IT WAS STILL TOO SLOW. AND TOO MUCH DRINKING.”

(Mom’s voice in the background): “Don’t rely on us! We’re not literary critics! Write what you were going to write!”

The end result is that I haven’t been able to break out of writer’s block for the past week, because every time I return to my character on my train, I see my parents sitting there on his bunk with him, dangling their legs over the ledge.

“You’re drinking too much son,” I see my dad saying. “Give me that bottle. Pass it here.”

“YURA,” my mom yells my dad’s name. “Don’t take that bottle,” then she turns to my poor character. “Don’t worry, you’re going to reach Siberia sooner or later. But hopefully sooner. The descriptions of this train are making me bored and sleepy. Although it’s early days yet, so it’s hard to tell! I’m sure you’ll become less boring soon!”