What people talk about in the spring 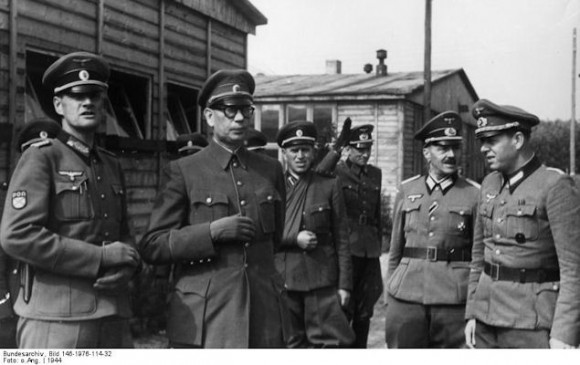 We were on our way to the grocery store last night.  The sun was shining through the new leaves on the trees and the sunset was a brilliant spring red. The air was warm, redolent with the scent of pollen. The promise of spring was real.

I looked out the window, pensive.

“What are you thinking about,” Mr. B asked gently.

“Did you know,” I said, “that there was a Soviet army regiment that decided the Soviet Union was SO bad, that when they were captured by the Germans, they turned to the Nazi side and fought against the Soviet Union?”

“Yes,” I said, they were calles the Vlasovites.  Their commander was Andrei Vlasov, who was a Soviet general responsible for the defense and liberation of Moscow. He made the front page of all the Soviet papers. He was brilliant military thinker.  Then, he was captured by the Nazis and decided to become a Nazi general.” (full-length Russian documentary that’s good but VERY biased, with English subtitles here.)

Vlasov fought the rest of the war with the Nazis. Hitler thought he was enough of a threat that he didn’t let him raise an army until 1944, when all options were on the table. By then, it was too late, but the army fought the rest of the war for Vlasov and the terrifying thought that if they lost, they’d be considered traitors to the Soviet Union and thrown into gulags.

With Vlasov’s amazing foresight, they miraculously made their way to the Western front and surrendered to the Americans, who probably treated them with more mercy than anyone else up to that point. Unfortunately, the Americans turned out to be dicks and decided to export them back to the Soviet Union. Once there, Vlasov, who saved the city of Moscow, was renounced as a traitor to the Fatherland, and spent a year in Lubyanka, where he was hanged. He was one of the last criminals to be killed by hanging. After that it was all rasstrel’– firing squads.

“Can you imagine?” I asked. “Can you imagine if he had actually been allowed to raise his army earlier, and if they’d been able to turn the tide of history?”

“Yeah,” Mr. B said, staring off into the distance, watching the traffic.

What he was probably imagining in reality was that point in time when I’m no longer thinking about my novel and  every messed up thing that happened in the Soviet Union before 1950.