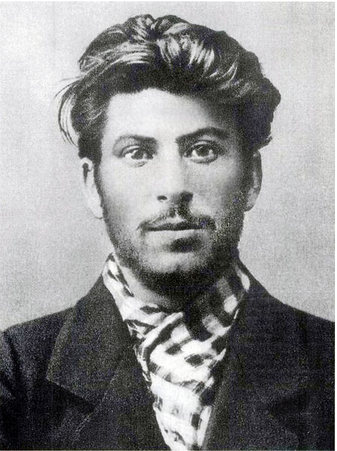 My whole novel is about how cruel and lazy human nature is.   The whole thing I’m grappling with is, basically, is how did people let Stalin happen? And the answer is, people let Stalin happen the same way that you pass by a piece of litter on the street without throwing it out, or see a car stranded on road and don’t slow down to help.

We are a planet of assholes.

Some people are assholes less than others. Some give time to charities, live in mosquito nets in Senegal, and adopt children with missing chromosomes. But we, as a whole, are a pretty selfish race; we have to be to survive. In addition to being selfish, we are also pretty stupid, and we like regularity.  So we rarely end up questioning the system we live in, no matter how large or small.

For example, have you ever thought about why there are 15-or-less items aisles at supermarkets? Why did they make it 15? Why isn’t it 5? Why isn’t it 20? And who decided it was 15? Who studied you and decided it was optimal that you have 14 yougurt containers and one carton of milk? Someone did. And that someone determines how you live on a weekly basis.

Yesterday I saw a Tanqueray ad on the train: 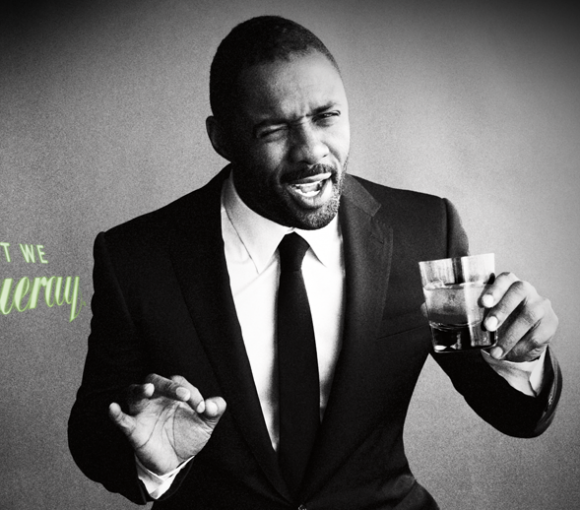 Why is it considered sexy  and professional when men wear an extra piece of cloth on their neck that covers up the buttons on their shirt? If aliens came to this planet, they wouldn’t get it.

You know, just the little stuff. We do it because society mandates it, without a second pause.

Anyway, the point of this is that we’re always like, “oh, we’ll prevent the next Holocaust,” and never again, and stuff, but that’s never going to be how humanity operates, because we are stupid, selfish, and comfortable and have invented air conditioning.

Which is why I decided to take a stand, so to speak. (I wasn’t actually standing since this happened on Facebook.)

Two days ago was the 60th anniversary of the death of Stalin. There were a bunch of thinkpieces in the Russian press, and some in the American as well. In Russian, they were mostly reflective, but also a lot about how just maybe Stalin was the right guy for the job.

There is an increasingly larger majority of the Russian public that feels this way, because the current government is terrible but there is no stability, and Stalin killed pretty much everyone, but at least there was no AIDS and krokodil.

When I went to Russia with my dad in 2006, we experienced some of this at the Kremlin. We were taking a guided tour (because they didn’t let you into the Kremlin without a guided tour, which basically means you have to bribe some semi-sober older lady to walk you around and then look at Lenin’s waxy remains). We were standing by a group of graves, when a man in his 50s said, “Where is Iossif Vissarionovich’s grave? I’d like to go pay my respects.”

He used Stalin’s first name and patronymic instead of his last name, signifying that he thought him worthy of being called the equivalent of “Sir.”

Anyway, so some of these same people popped up on my Facebook feed yesterday, reposting this picture, with basically a message like, “Oh, look, this is what Russians think of Stalin today.” 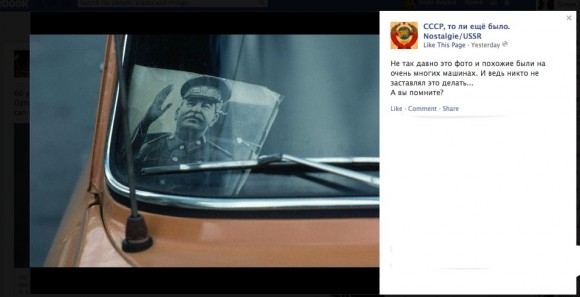 The text says, “Not long ago, this picture and similar ones like it were seen on many cars. And yet no one forced people to do this. Do you remember?”

The message is cute and ambiguous enough, but what it really means is that there are people who remember Stalin in a positive light, that he was a guiding force for the country, etcetera etcetera.

I wasn’t  Stalin’s number one fan before starting this book, but after hundreds of hours of research on the 1936 purges, interviewing family members, and generally just being a lazy asshole, but still a lazy asshole who is not super-crazy about a whole nation of people being pinned down like butterflies under a glass, barely daring to breathe, for TWENTY YEARS, my blood started simmering.

SOMEONE WAS WRONG ON THE INTERNET.

The post already had five likes by this point. But no one was saying that this person was wrong for posting about a mass-murderer in an appreciable manner. No one spoke up.

And that’s how these things start, right?  “First they come for the communists,” and Martin Niemoller and all of that stuff?  Someone has to speak up.

I think Niemoller meant his quote in a way like, “Hey, you stupid Germans, get off the couch and start protesting and questioning your government.”

I took it to mean that I should do something stupid. 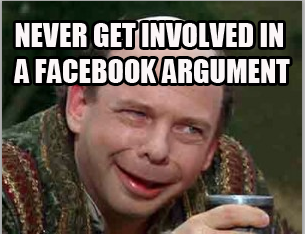 So I stepped up to the plate.

And that’s when the fun began.

Poster: Maybe it’s hard for you to believe Stalin did those things because you’re looking at him from a modern perspective?

Vicki: “What do you mean? Do you mean that it would have been easier to believe if we lived in the 1930s?”

Poster: **(paraphrased)No, you don’t have to live in the 30s, you just need to read about the global events that were going on at the time. It might help you understand.

Vicki: “What in your opinion is the justification for being directly responsible for the death of at least 20 million people over 20+ years (around 1 million between 1936 and 1938)? What kinds of historical events occurred that justified it?”

Poster: Are you talking about some imaginary stuff that you’re making up, or something that you believe really happened and you believe only one person was responsible?

That’s when I kind of knew that I had lost, because you can’t argue with crazy, but the thread went on for another two days, with people insisting I was wrong,  American, hysterical, and playing fast and loose with facts.

What really scares me is that I was questioned on numerous times, on where I was getting my information from, that Stalin had killed all these people. I just didn’t know how to respond, because how do you cite years of research, multiple scholars begging the Russian government to open its archives, pulling together what they could, and that they still came up with a lowball estimate of 20 million people?

I don’t know how to prove I’m right to people who believe Stalin was the optimal leader for Russia with complete access to historical documentation, not to mention grandparents and great-grandparents whose lives he ruined. Just ruined, without even thinking about it.

The only thing I can do is hope and pray they never get what they wish for.

The worse part of this is not that I specifically am right, but that history is right, and it always repeats itself in various shades and flavors of Stalinism and is repeating itself today, just not in Europe.  People just have a hard time listening to history. But if you do it closely enough, it will tell you everything that’s going to happen in the future.

And maybe that’s why I’m writing the novel.  Because humans are lazy and stupid and no one will ever be able to convince humans that what they’re doing is wrong. But I can at least write about this truth and I’ll have said my small, miserable piece.