How do you people drink coffee? 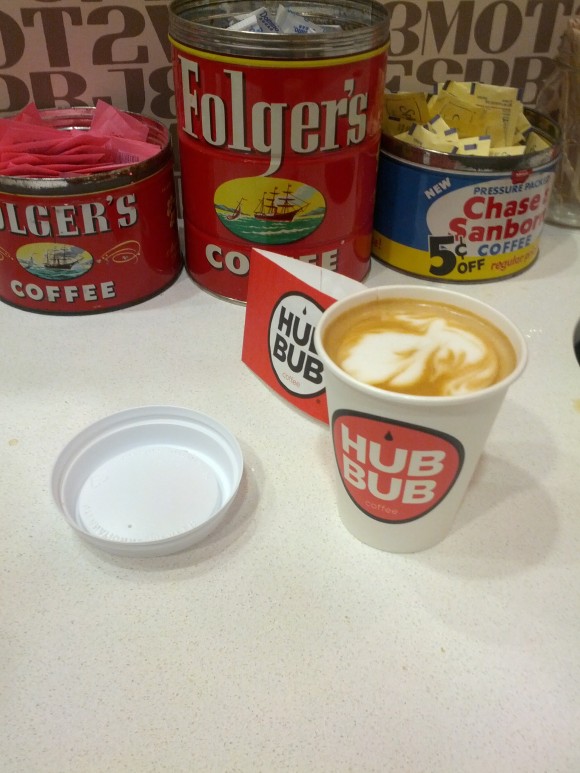 There is a new coffee place that opened up a couple weeks ago downstairs in the building where I work.  My coworkers and I sometimes go out for coffee after lunch to beat the post-lunch slump, the fact that we live in Philadelphia in the winter, and just all that millennial angst in general.  I’m not a very frequent coffee drinker. I don’t like black coffee.  I drink about one cappuccino a week, so when I do drink it, it hits me hard. The world becomes an increasingly fast place for up to four hours.

That’s normal coffee, the kind you get at Au Bon Pain or any other place serving Corporate America.  And you have to go outside for it. Right now it’s February in Philadelphia, which means instead of being just nominally dirty, it’s now nominally dirty AND cold AND slushy and you have to wear more than two layers at any given time.  Just writing that  sentence makes me want to die.

This place downstairs is shiny and new and pretty and you don’t even have to put your coat on since it’s in our lobby, so my coworker and I decided to enthusiastically give it a try. I ordered a cappuccino, as is usual.  The barista made it on the fancy coffee machine. I know nothing about either cars or coffee machines, but I can appreciate a Ferrari when I see one.

“Here you go,” the barista said, putting the coffee down in front of me. As you can tell from the picture, it looks kind of small for an American cappuccino. By American, I mean the kind we’re used to at Starbucks.

At 10:34, the same thing happened to me as it does to the Millennium Falcon when it goes into hyperdrive in the Star Wars movies.

By 10:35, I had sent out 10 emails that I hadn’t been able to get to for two days. I was already deep in an analysis that, just yesterday, I felt stuck on. And my leg was trembling slightly.  “I’M ON TOP OF THE WORLD,” I shouted to my coworker over Gchat, taking sip after sip of this cappuccino because I was afraid it would grow legs and walk away.

That’s when I realized this was no ordinary coffee.

I did some searching, and it turned out that the place downstairs uses ReAnimator and Stumptown Coffees, which are real coffees instead of the kind they give you at Starbucks, which basically means that you are drinking Everclear grain alcohol when all you wanted was a nice Pinot Grigio. And it’s locally-sourced and organic.

ReAnimator is a coffee based in Philadelphia, and this is the picture they have on their website: 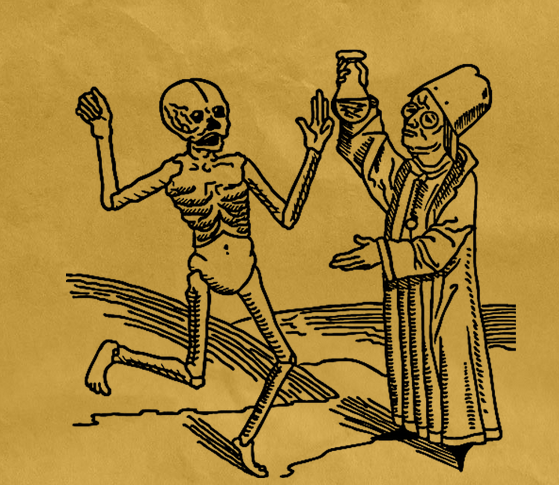 After I had finished all of my work for the day at 11, I turned to bigger problems. Water, my body whispered meekly, you must be drinking water. NAHHHHHH my asshole brain said, LET’S RIDE THIS THING OUT, SEE WHERE IT TAKES US. It was taking us to leg-shaking. My fingers were trembling.

I was also typing very loudly, I thought.  Another colleague walked by at what I thought was an alarmingly slow pace for humans to walk. I cranked out two more emails and a report. People talked calmly at normal speeds.  I thought I felt my heart leave my body for a couple brief seconds.

I whipped my head across the room to look at my coworker. He had the same look.

Sometime after lunch, when my body won out and absorbed some food, I decided I didn’t want to live in this world anymore if I couldn’t nap.  If I couldn’t lay somewhere warm outside with a blanket and watch butterflies gently flitter on leaves. I wanted to watch waterfalls. I wanted to laugh with children.  HAHAHA, said my asshole brain, THISISWHATHAPPENSWHENYOUDRINK

As soon as I came home at 6, I was horizontal on the couch. I got up at 6:30 and the world was moving at normal speed again.

You would think that I would have learned from this experience that I am not ready for real hipster coffee, much in the same way that if you have never driven a BMW, you should probably not be given one your first time out.

But  yesterday my coworker and I decided to have some coffee from downstairs at 4 in the afternoon, because we needed a quick break, and because we decided it would give us a late-afternoon boost.

By 4:15, I was finishing up my work for the week. At 4:20, I was explaining a concept to my coworker at double-speed, sounding much like a tape being fast-forwarded. At 4:45, I wanted to be sumberged in an aquarium of something cold and calming. At 5:40, I caught the train for home and pasted my forehead against the germ-riddled SEPTA glass in hopes for deliverance.

“I’m going to die,” I told Mr. B when I came in.  He rolled his eyes, because hypochondria.

At 7:00, I was trying to do my finance homework that is due tonight, but all I could do is think about how fast I could run 100 meters. I was also slightly seeing double.

I lay on the couch, tensed up, looking at the ceiling like I was expecting the Battle of Britain.  I couldn’t fall asleep. The room was spinning in ways it probably should not have if it were operating under the normal laws of physics.

“Here,” Mr. B said, alarmingly not at all alarmed at my state.  He gave me a bottle of water. I drank all of it. In 20 minutes, the room returned to normal, all color returned to the world, and I was sitting and doing net present value problems like a high-functioning human being.

In conclusion, I have no idea how everyone drinks coffee.