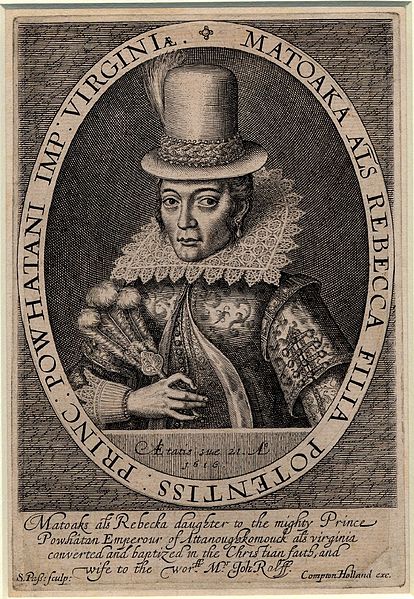 The semester ended for me last night and I went crazy by cleaning the house and intermittently watching Pocahontas.  That movie seems different now.

Young Me: Ooooooo. London. That’s where A Little Princess lives!

Now Me: Oh wow, that’s London! A modest meal for two people at a fast food restaurant costs ! No wonder they had to sail somewhere else. 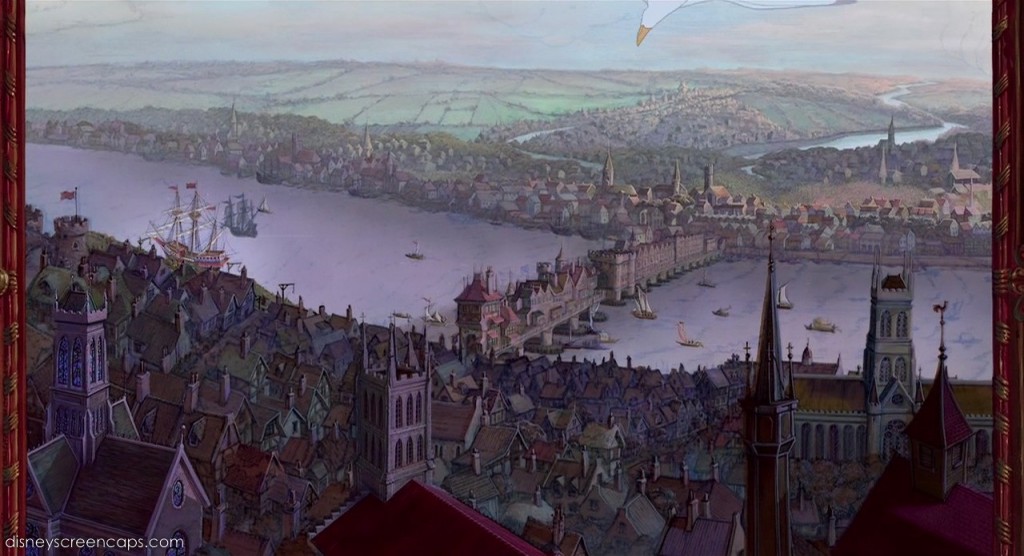 Young Me: John Smith. He’s gonna kick some butt!
Now Me:  Being a census statistician in England must have been a BITCH.  How many John Smiths were around at that time?  How do they know that this John Smith actually did anything, like discovering stuff?  Also, it’s Mel Gibson. ALSO, why does he not have a British accent? 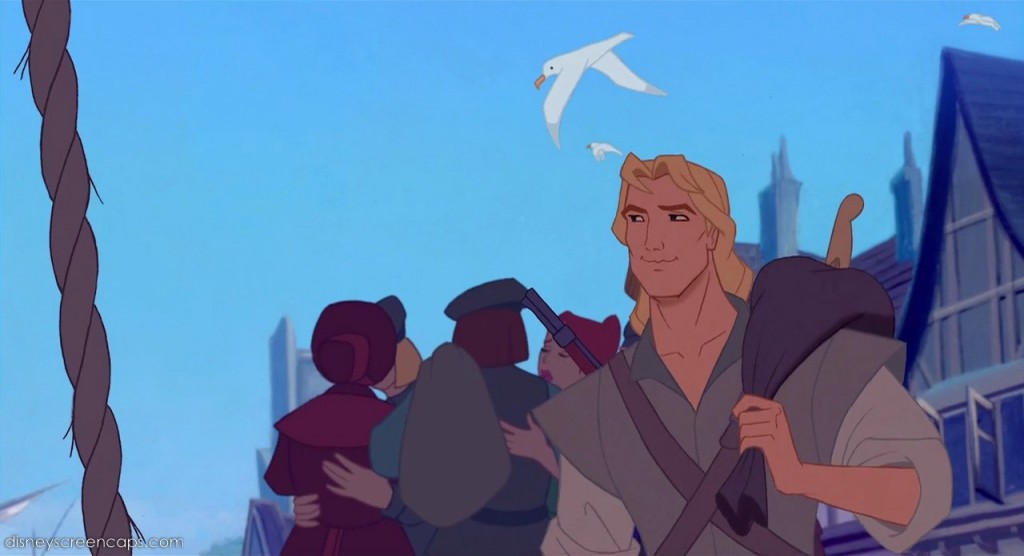 ALSO. What if we has really just an artisan? And lived with his parents? 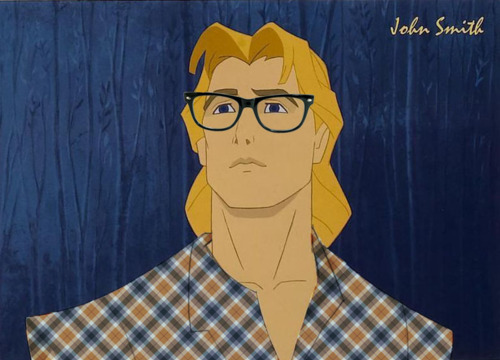 Now Me:  Indentured servitude and brain drain means the time is ripe for industrial revolution! 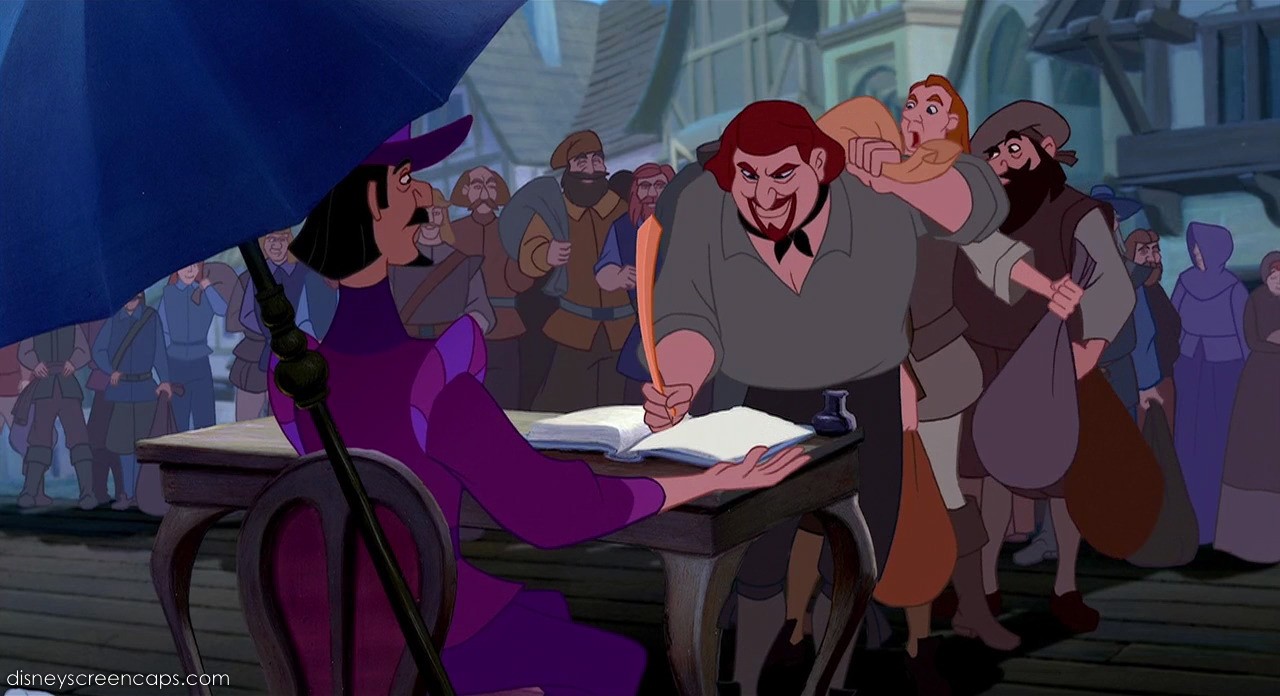 Now Me:  Jared Diamond was right. No wonder they were all killed off with germs, guns, and steel. They were at a huge biological and geographical disadvantage. 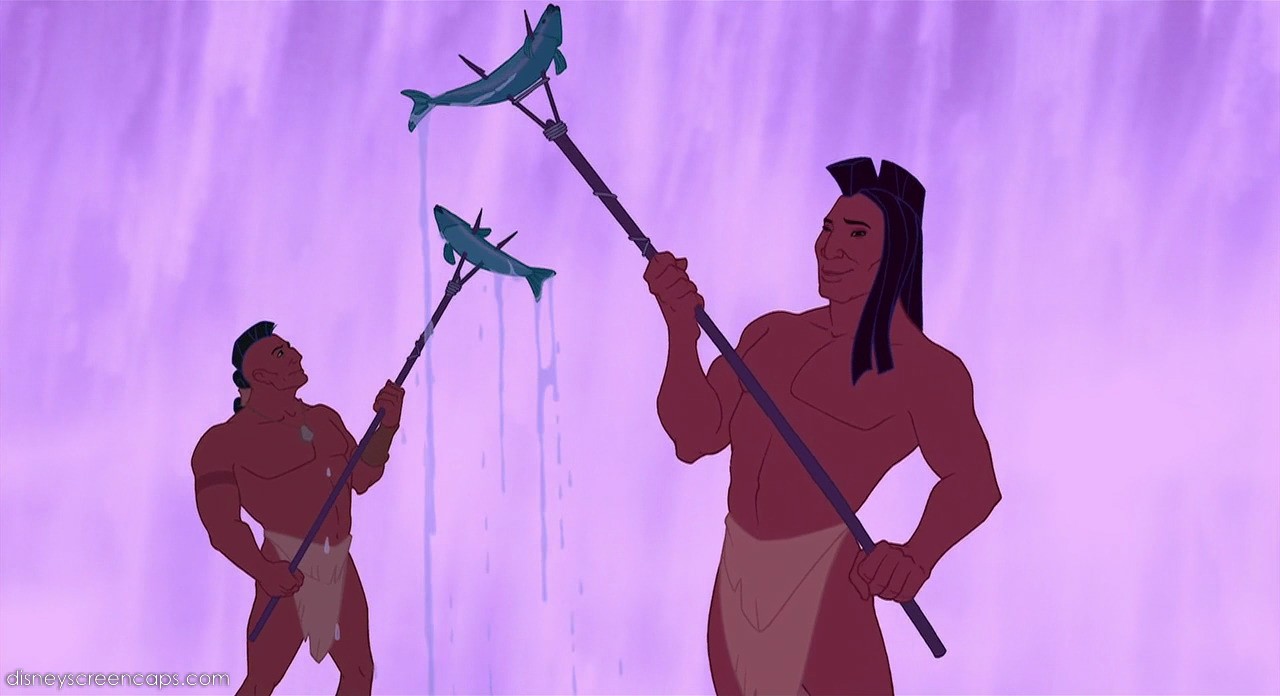 Young Me: She is so pretty. AND she runs and stuff, just like boys do.
Now Me:  She seems really old not to be married. Like, in her early 20s?  What is she doing b.s.ing around while her tribe is handling responsibilities like harvesting?  Is she exempt just because she’s the chief’s daughter? Because that’s a dick move on his part. Probably causes resentment and disharmony in the society. 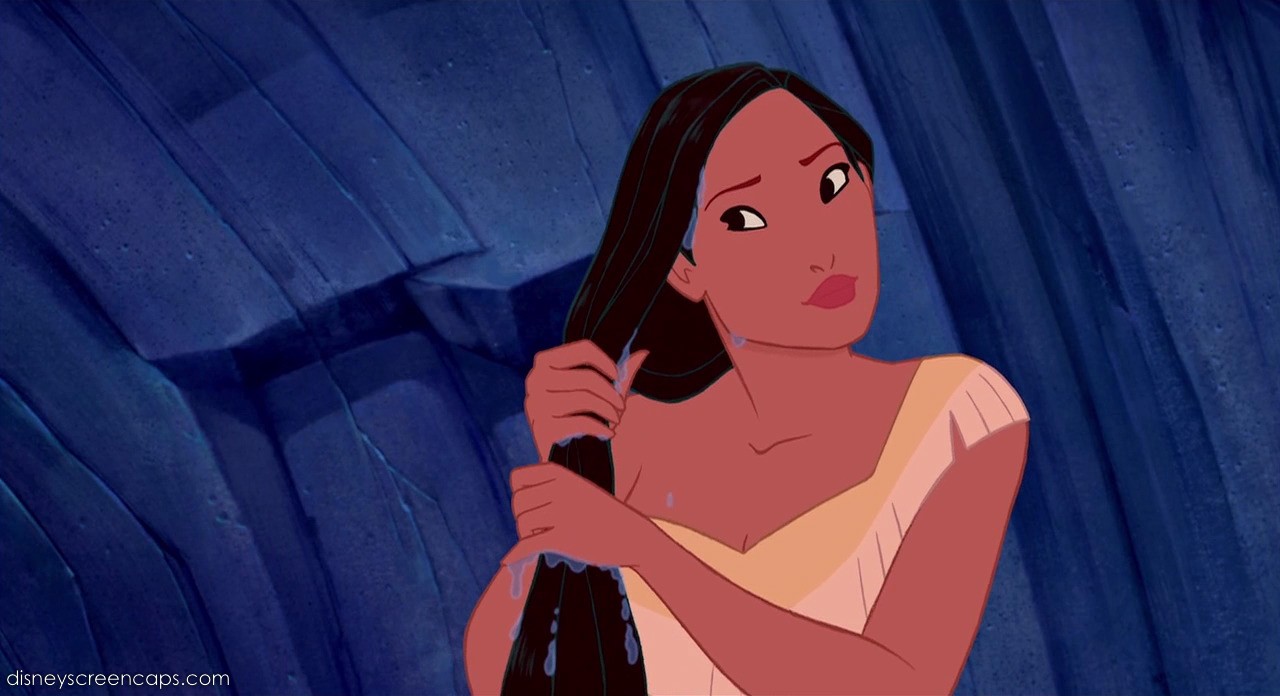 Young Me: This guy seems brave and strong! But a little scary.
Now Me: Someone just give this guy a 30-year fixed-rate mortgage already so he STFUs. 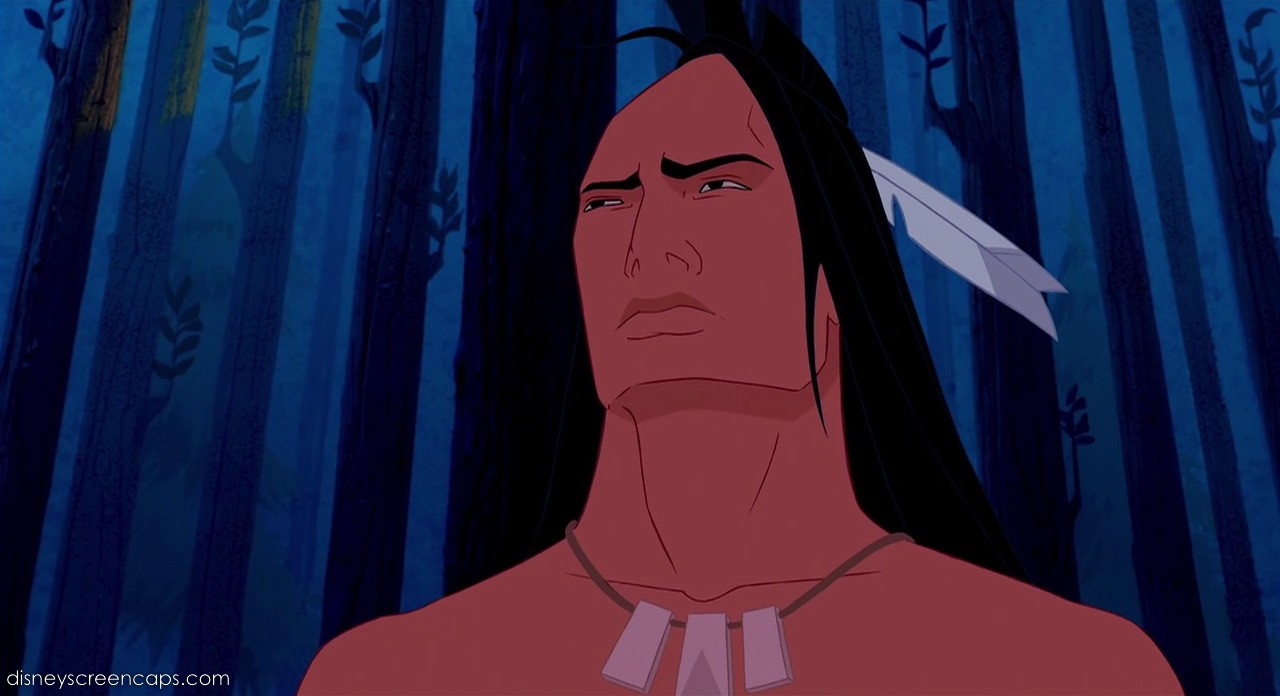 Young Me: Wowwwwww. That’s so cool! I wonder what’s gonna happen to Pocahontas now???
Now Me: There is NO WAY  that ships are that big. Also, the Union Jack didn’t even happen until 1601, when James I  took the throne of both Scotland and England.  Even up until that time, the flag was up for debate. But NOOOO. We wouldn’t want to confuse the kids, would we? 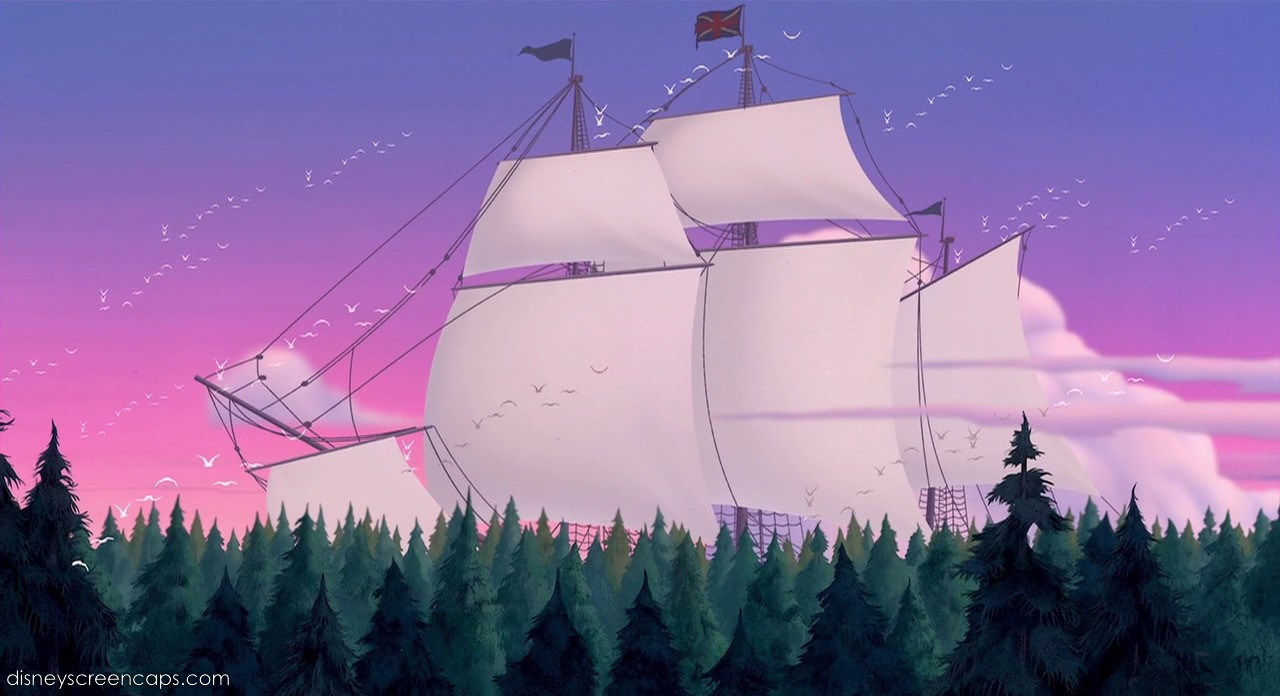 Young Me: Oh nooooo. The English are going to invade! Bad guys, bad guys!
Now Me: How hard did it suck to live without Google? You couldn’t even search “there are some white dudes wearing bowls on their heads. what are they and what do they want?” You had to consult a dude of dubious forecasting capabilities. 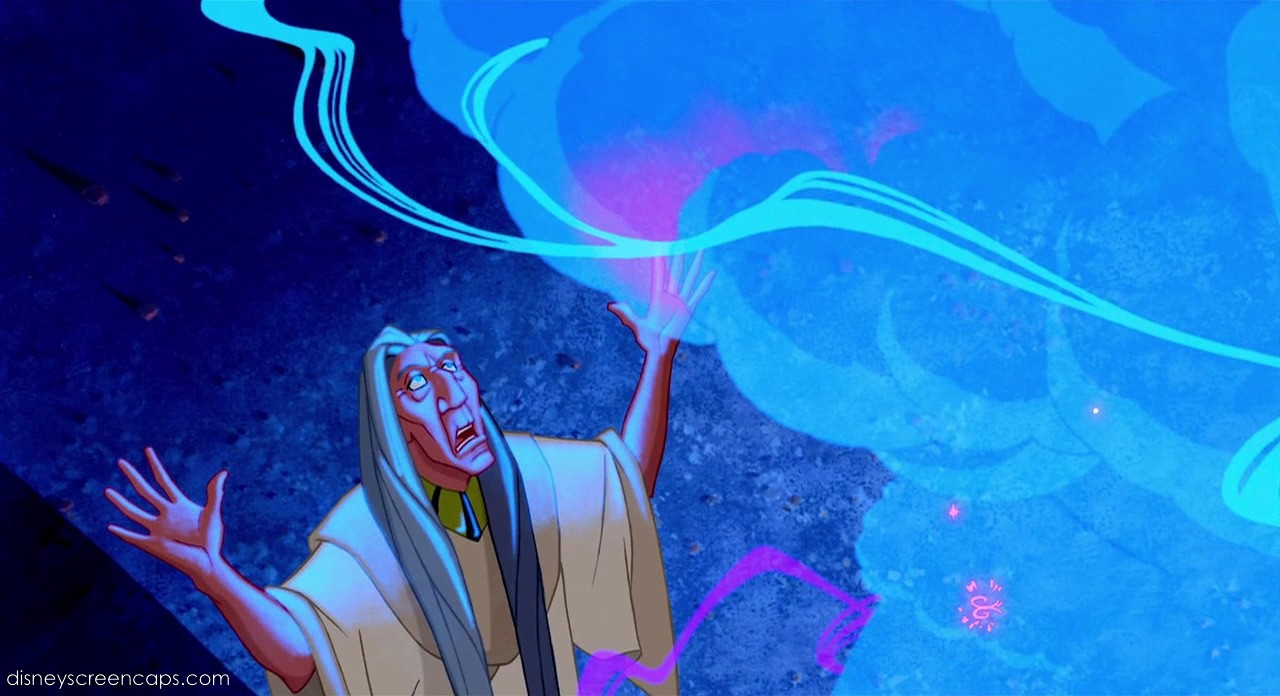 Young Me: *totally misses this part because she’s listening to the songs*
Now Me: The cartography visualization is outSTANDING. 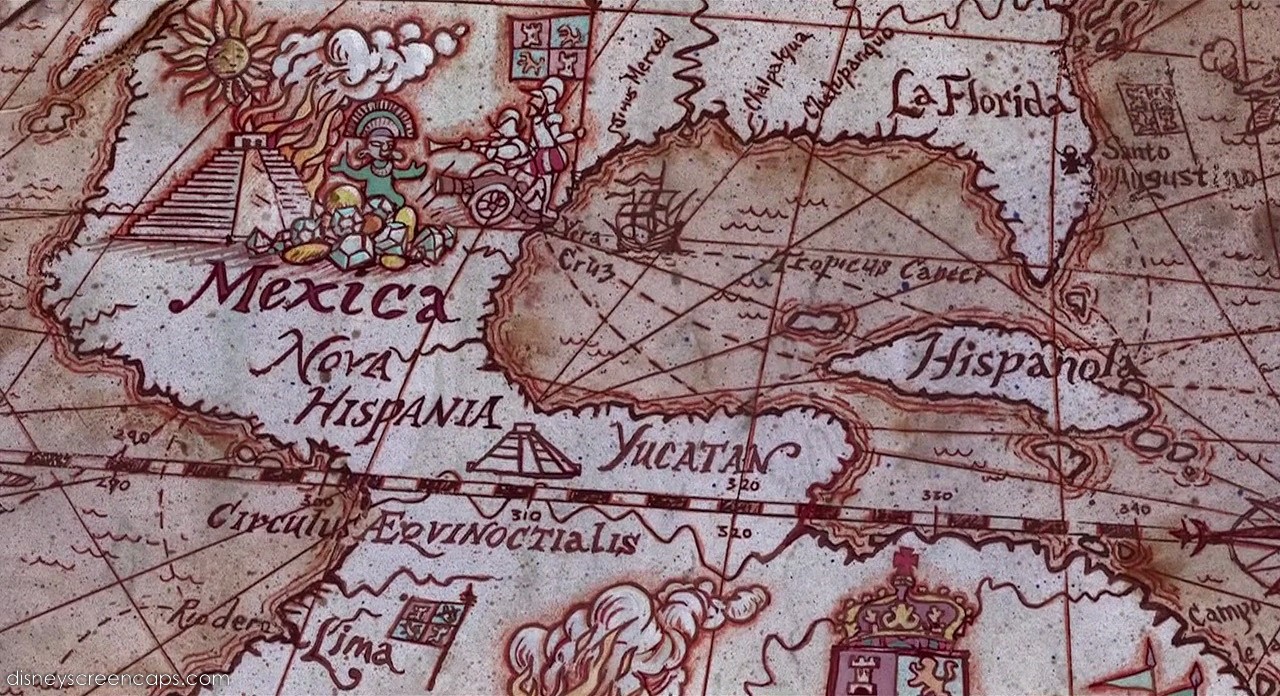 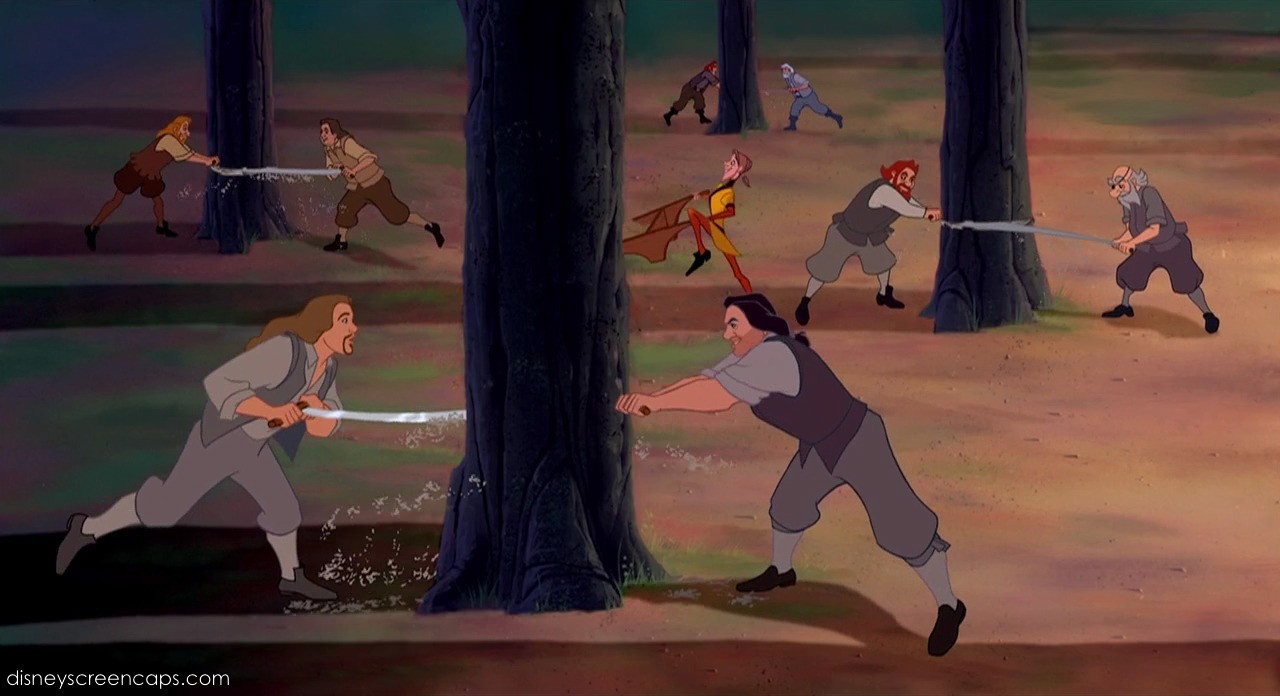 Young Me: Oh no! This guy is going to die!
Now Me: Treating gunshot wounds with turtle shells? He must have a really shitty HMO. 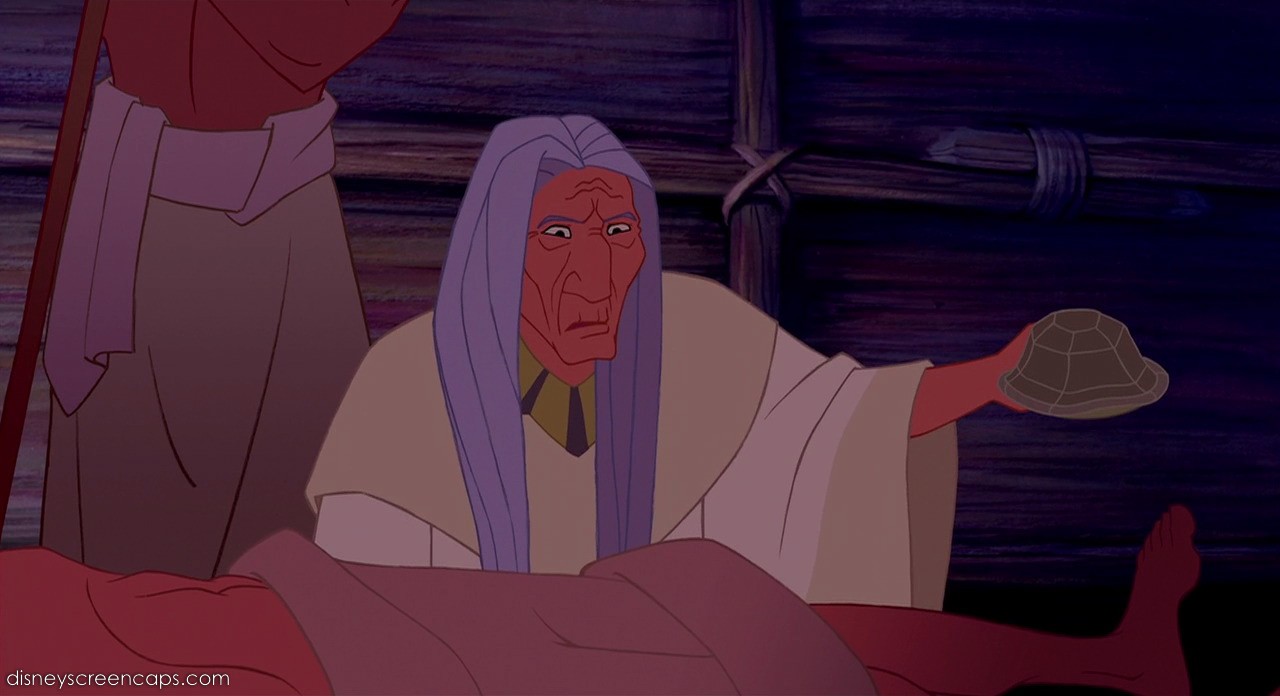 Young Me: Colors of the wind!
Now Me: So THAT’S where obnoxious barefoot running started. At least she doesn’t have Five Fingers. 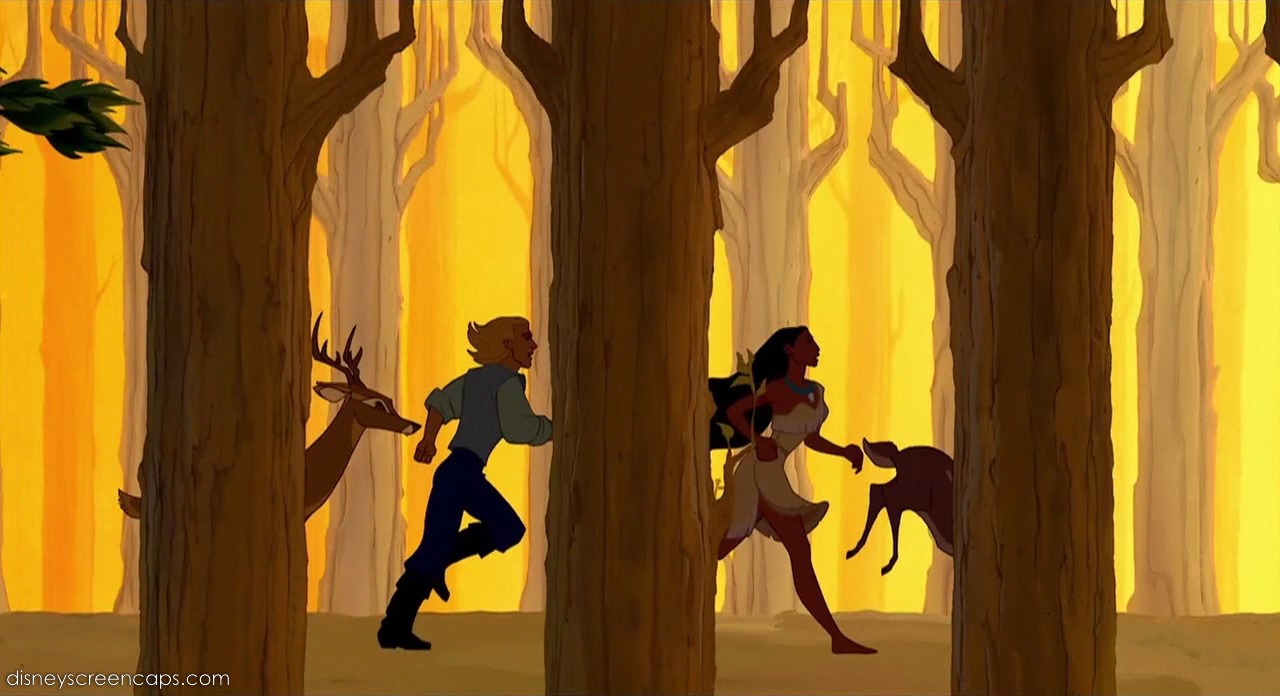 Young Me: Oooo. Love.
Now Me: No WAY they’re already kissing. That didn’t even count as a first date. 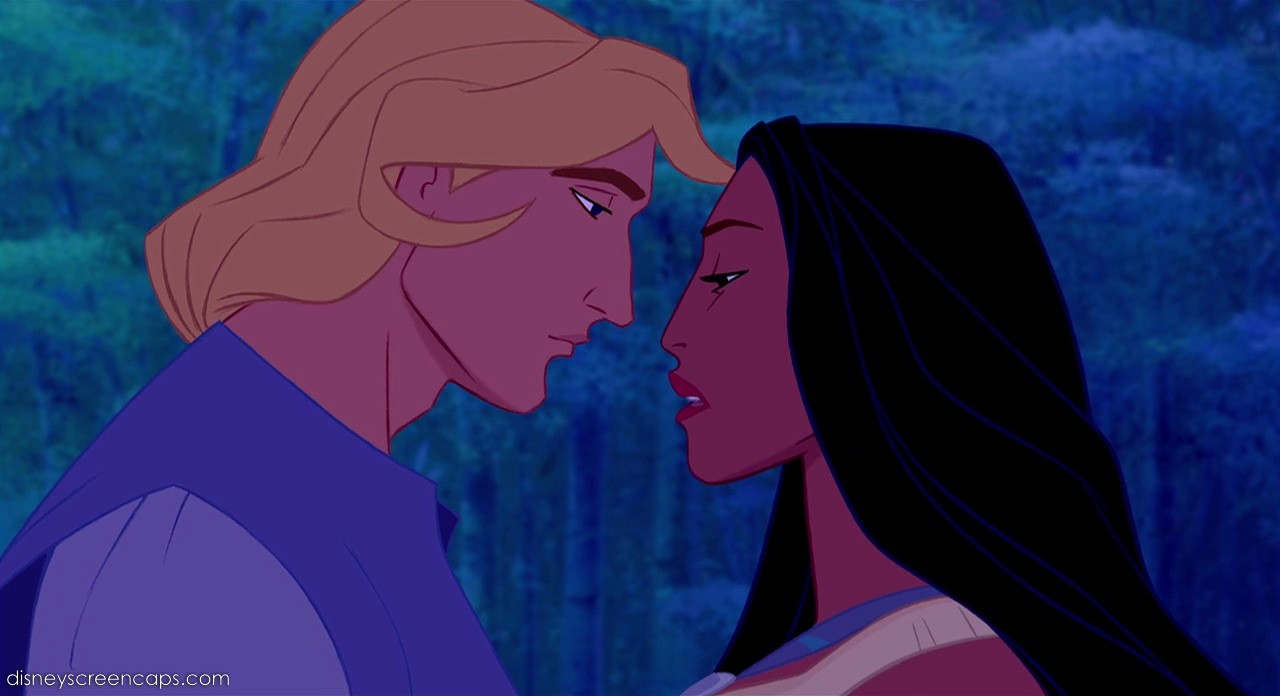 Young Me: Oooo. Love.
Now Me: The beginnings of the high fructose syrup lobby. 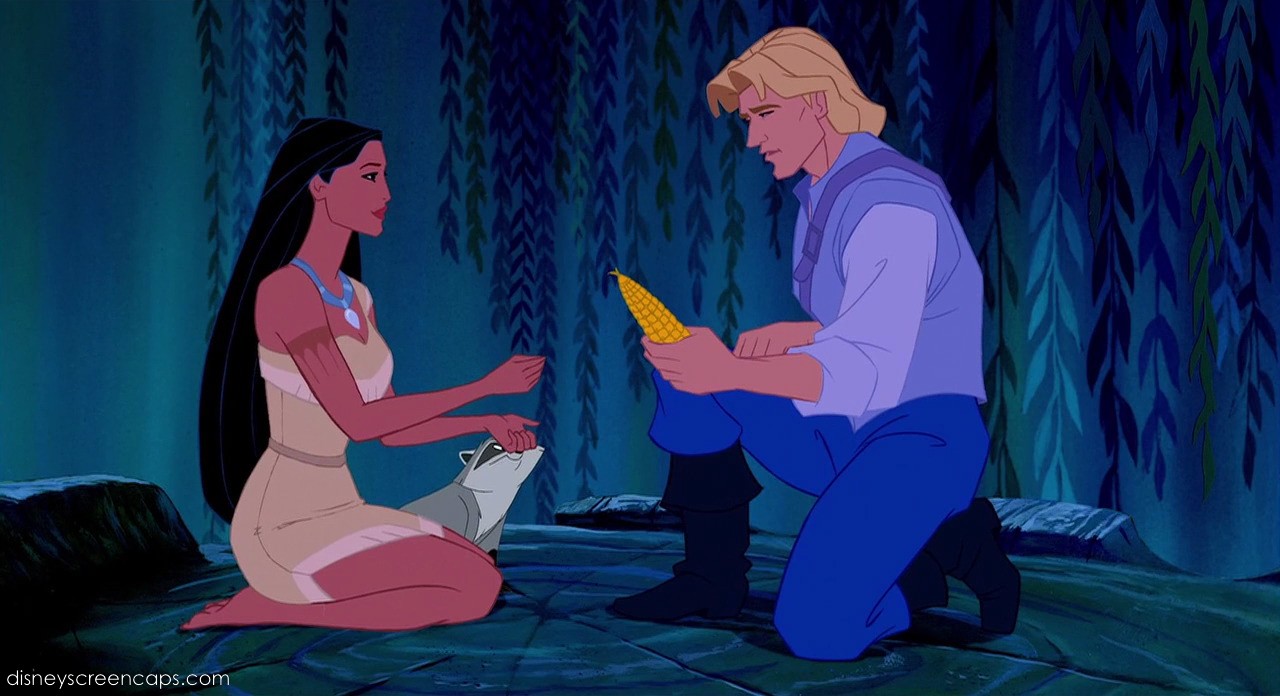 Young Me: Oh no! Conflict!
Now Me: Why does this dude always look like a British Marine? And he’s the one that can’t shoot? What is Disney trying to tell me? 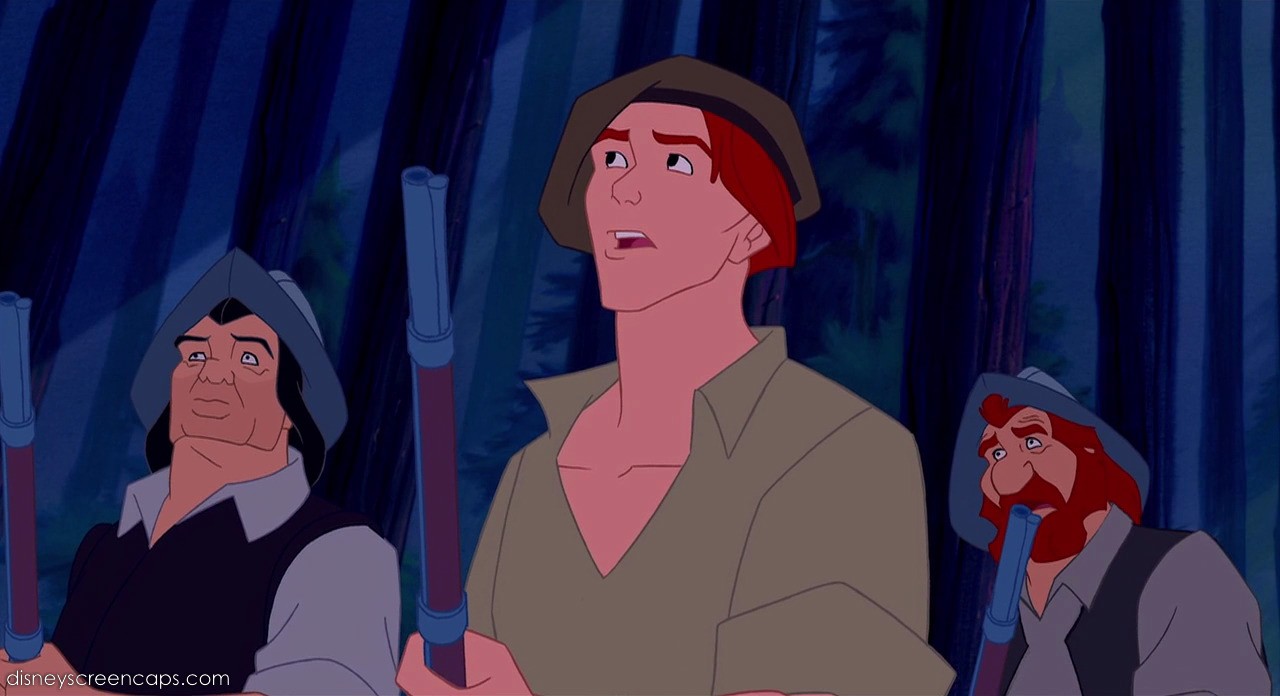 Young Me: Oh no! The movie’s ending. But they won’t see each other again.
Now Me: Yeah, he really does have a shitty HMO. He’s going back to England to be treated by NHS. Medical tourist. 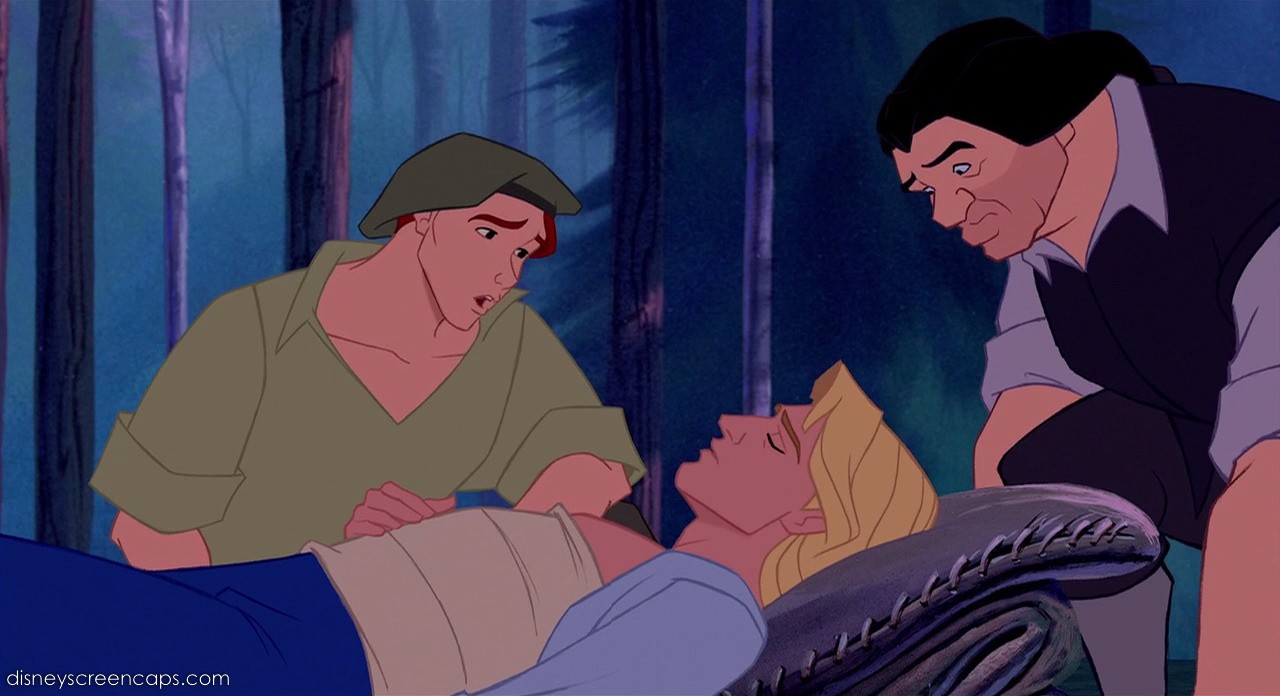 Young Me: Waah.
Now Me: It’s ok. She’ll come visit him once she has enough Delta miles. Although, unfortunately, she’ll definitely get the full TSA treatment. 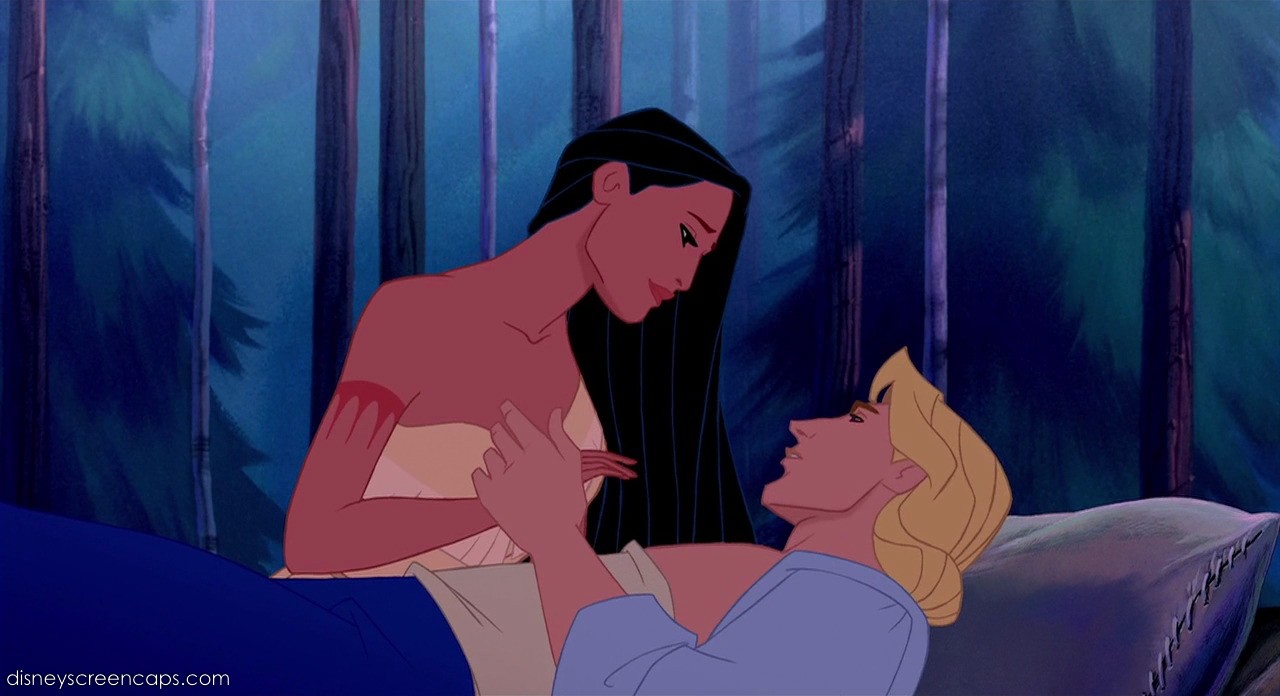 There is a whole site called disneyscreencaps.com. That’s where you’ll find me for the majority of this weekend.