The tragedy of the human brain 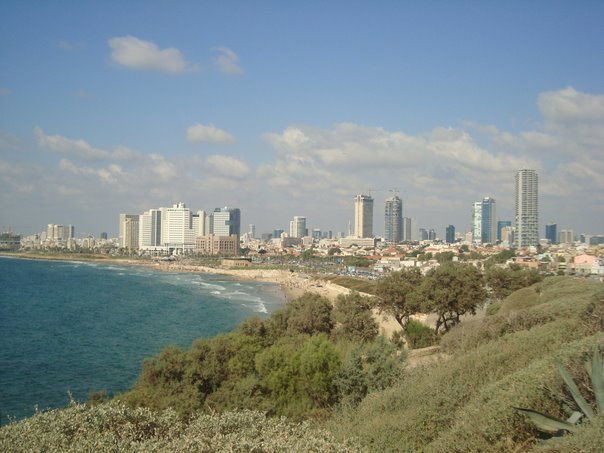 On Sunday morning, I turned on Galei Tzahal, as I’ve been doing every morning for the past week, and lay in bed, listening to the news in Hebrew with my eyes closed and a hand over my face.  The news lately has been followed by the kind of music you usually hear in Israel during emergency situations. Every couple of minutes, the song faded out and a woman’s voice announced calmly, “Tzeva adom, b’Tel Aviv, b’Yad Mordechai, b’ Ashdod,” meaning the red alert that gives you however many seconds to get to a bomb shelter was active, meaning that Hamas was firing rockets into Israel as I was listening to the radio.

Even if you are laying in bed 2,000 miles away feeling helpless and stupid, the experience is incredibly stressful, because you imgaine the mental gymnastics you’d have to make if you heard the alert over the radio, depending on where you were and who you were with.

I’ve done these mental gynmnastics before. During the Israel-Lebanon War in 2006, we all used to joke darkly that we’d never find any shelter if we were walking down the sidewalk in Tel Aviv, and at least, with a minute and a half of warning, had enough time to buy an ice cream before we died. But it never got that bad and eventually we left the country.  Everyone else stayed, and, only six years later, is going through the whole song and dance again, this time maybe as a soldier, this time maybe with little kids.

And the thing that you don’t really get from the CNN headlines is how this situation makes normal people feel, what kind of mental calisthenics it makes humans perform every time there is a rocket from Hamas or a bombing run from the IDF.

They’re not covering it because it’s hard to present without slick infographics and stupid tweets and sensationalist pictures of dead babies.

There is nothing that will make someone who has never been in a similar situation feel like they are in a war zone more than this radio broadcast I heard. Because it is familiar and relatable. If someone wanted to understand the war from the Israeli perspective, I would urge them to listen to the 20 minutes of Galei Tzahal that I listened to on Sunday.

Or, look at any of the pictures real people are posting on Facebook. Pictures of whole families huddled into stairwells, the mom carrying the baby, the dad scrolling through Twitter on his phone. Or of pictures like this:

The bad news is that our building doesn’t have a reinforced security room or a shelter. The good news is after two years I finally met my neighbors. 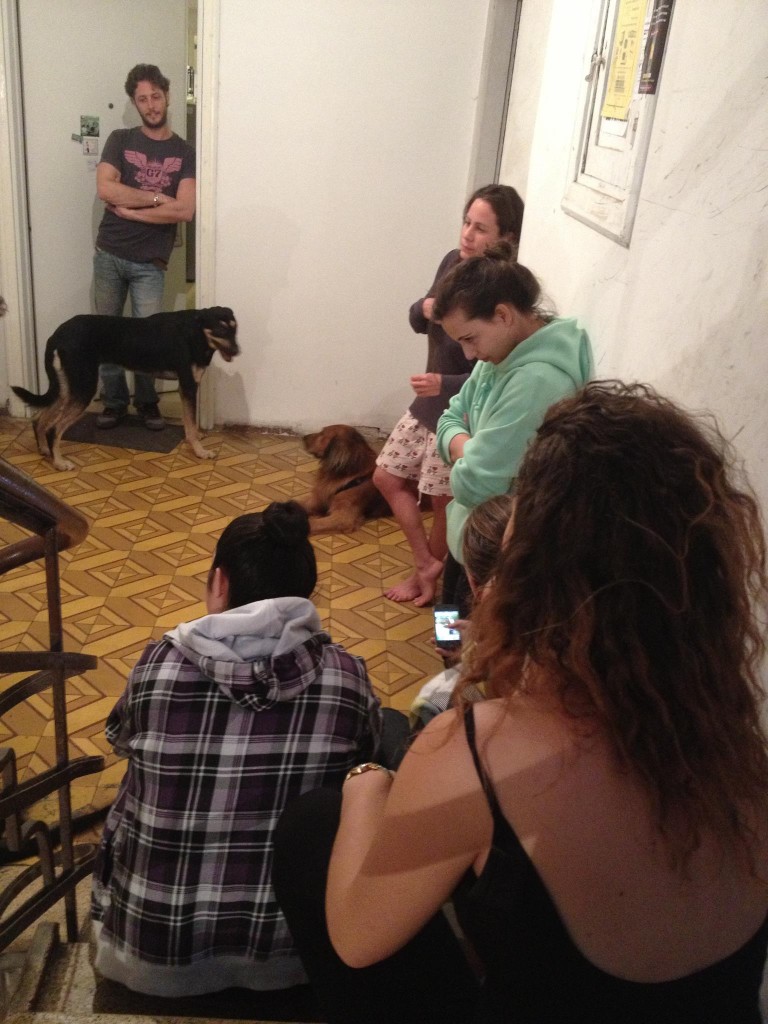 No bombs blowing up. No dead babies. But this is the real tradgedy of the war. 5:30 at night, you just got home from work, and you have to figure out where to go in your building, with your dog, where it’s safe for you, and where it’s safe for him.  Then the rocket alarm ends, and you have to switch gears back to real life.  What if you don’t have a dog, but a baby?  I read a thread last week where a friend posted a question asking where she should go with her baby.

“Sit in the stairwell and make sure to cover her body with yours by leaning over her so that if there’s shrapnel it doesn’t touch her,” one commenter posted. Jesus Christ. Can you imagine having to make such statements casually, as a matter-of-fact?  This is the real tragedy of the war.  Thinking about how to protect your baby from Fajr shrapnel.

This is the kind of stuff that hurts the human brain for years. That makes the brain hear phantom noises where there are none, that makes it paranoid and callous and cruel.

Is it just as bad in Gaza? Probably worse. But I don’t know. Because I don’t get the real news about what’s going on there, the tragedy of everyday life in Gaza. All I know from the mainstream media is that Hamas is there and that the Zionists are killing Arab babies. I don’t know that someone owns a tobacco shop but now can’t make any money to feed his kids after the crisis ends, so has to pull his kid out of school and help him smuggle stuff through tunnels. I don’t know.

There are no tweets or Facebook posts or Instagrams of that.