Books: Paris, I Love You but You’re Bringing Me Down 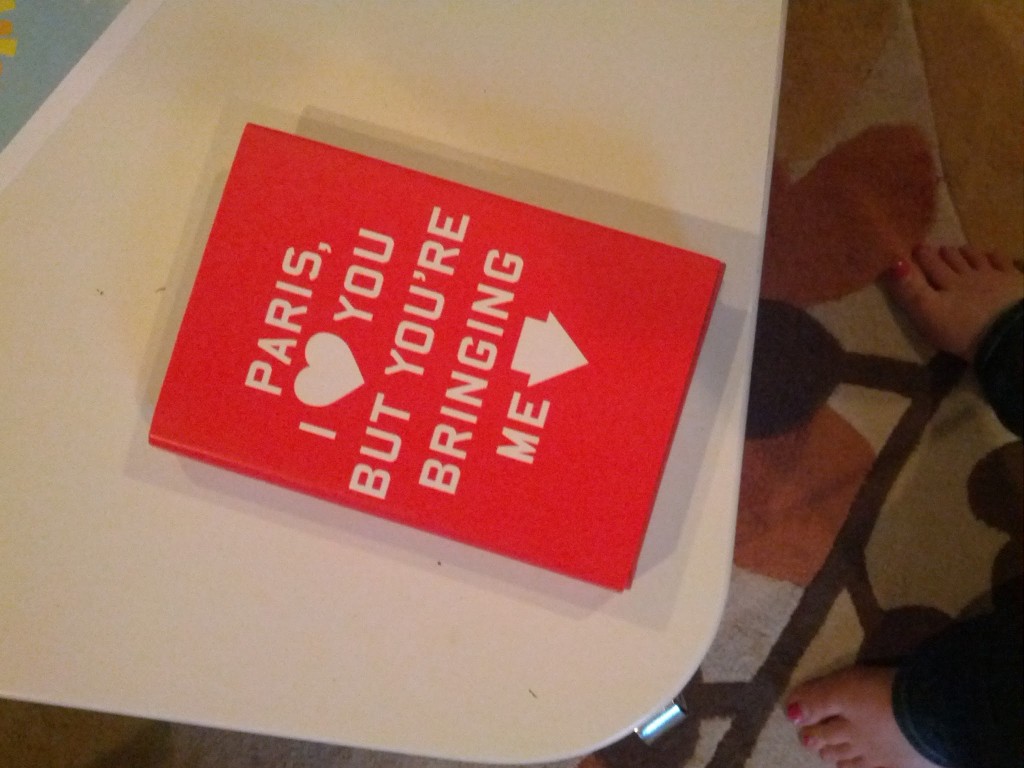 I am an enormous reader of The Morning News. They have some of the best links and stories online in English today.  Sometime last year, they really started pushing this guy Rosencrans Baldwin’s book, Paris, I Love You, but You’re Bringing Me Down, and I was like, who is this dude and his long name and why is he all over my sidebars? before I realized he was the editor of the site.

I’ve been wanting to read it since February, but for some reason I wasn’t in the mood. I was just finishing up Scotland at the time, so I didn’t want to read any travelougues by people who were funnier about them than me.  And I’d heard this book was funny.  Finally, sometime about three weeks ago I was out of things to read, and Petya mentioned that she’d read this book and liked, and that was enough to push me over the edge.

Can I just say that, from a visual standpoint, the book looks AWESOME lying around on coffee tables and propped up against things? 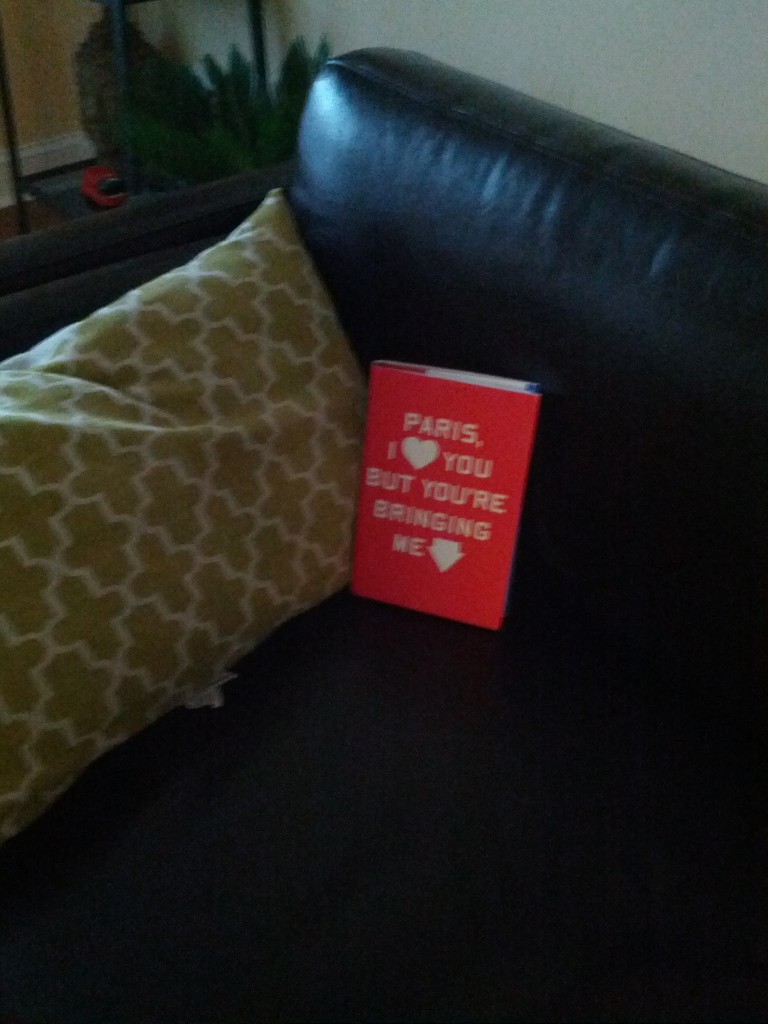 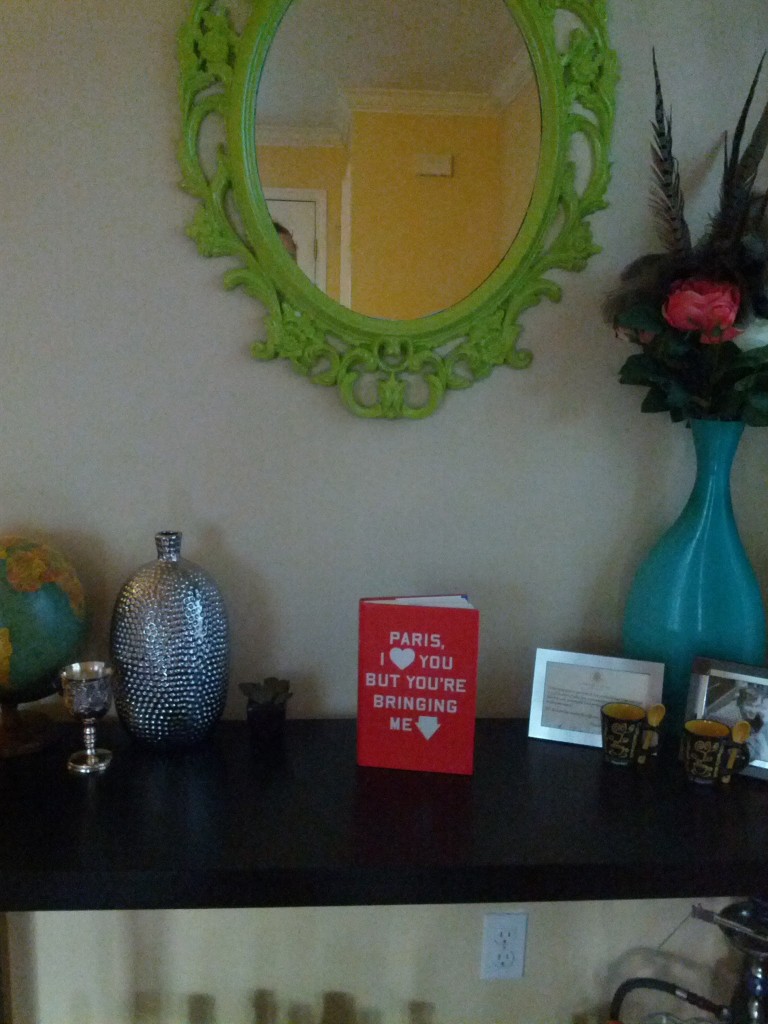 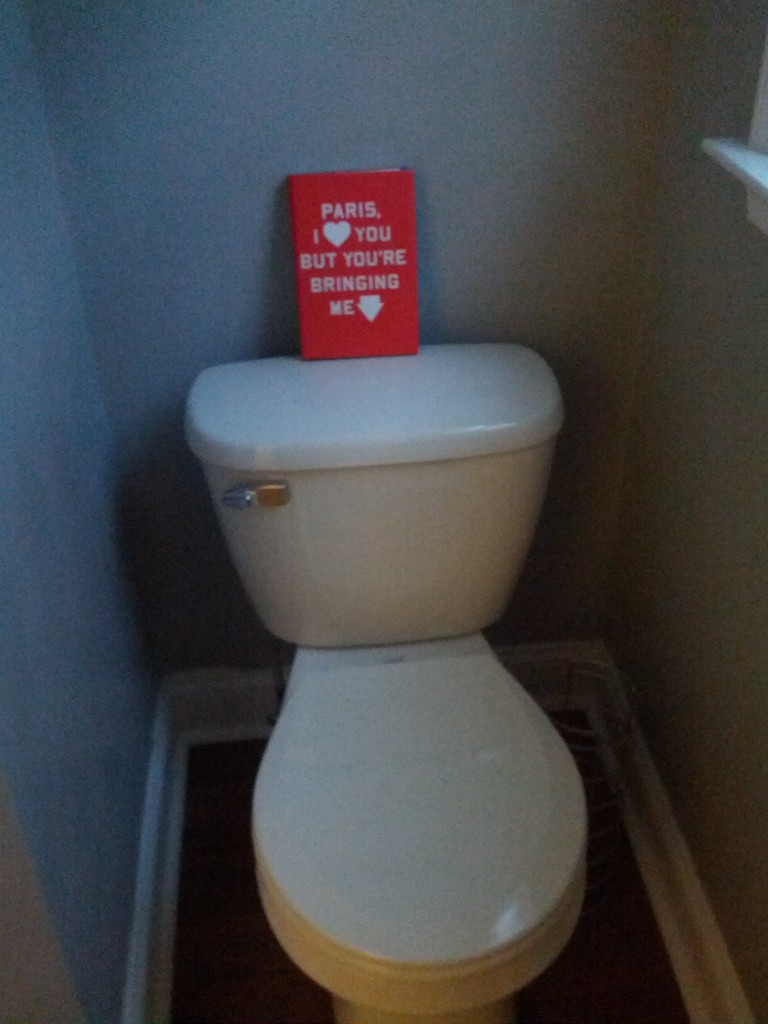 The clean lines of the toilet really accentuate the font.

The book itself is immensely funny.  I’ve read it and laughed out loud to myself, and read the funniest pieces to Mr. B, and he laughed out loud, too. It the kind of humor I wish I could pull off. Just really detailed situational observations of culture shock as Baldwin moves to Paris for about a year and a half with his wife to work at an advertising agency.  It’s really to work on his novel, but he has to live somehow, so he starts by making ads for baby formula and moves up into the big leagues: Louis Vuitton.  Not only humor, but pathos, pity, and the real gut of cultural misunderstandings. And loneliness. Lots of loneliness.

A lot of what he describes about Paris is what I felt when I lived in Tel Aviv: I was in the middle of something great, now if only I could ask the cashier for exact change with fluency.

The novel, as he says in an interview, is, from his perspective, more about Parisians than Paris.  But the city plays a big part. It’s bossy, surly, gloriously sunny, just old, and beautiful. It’s hard to write about Paris without seeming cliched, and I think he succeeds because he comes at it from three directions: humor, work, and relationships, as well as the novel he’s working on, and manages to blend all of these facets together into something new.

The great part about the book was not only that it was a quick and witty read, but the way Baldwin structures his prose.  His sentences are really short. Like, some of them are less than 5 words.But it’s not grating or annoying. Everything fits together into a coherent picture.  Check out the first paragraph:

The sun above Paris was a mid-July clementine. I bought copies of Le Monde and the Herald Tribune at a kiosk and climbed the stairs to my new office on the Champs-Elysées. For three hours, I mugged at a laptop, trying to figure out how the e-mail system worked. My fingers were chattering. I spent long, spacey minutes trying to find the @ key. They’d given me a keyboard mapped for French speakers, with the letters switched around. For the rest of the day, strangers approached and handed me folders, speaking to me in French while I panicked inside.

This book is about a lot, but what it’s most about, I think, is how things are never what we expect them. We expect Paris to be romantic and dreamy; we expect high-powered jobs to be glamorous and dinner parties in fancy arrondissements to be lively and fun. We don’t expect constant construction around our apartment, the fact that Paris is dirty and disgusting, and the fact that we don’t know what we’re doing with our lives even though it looks like we have it all together. Life isn’t a well-framed picture. It’s blurry and messy, and more people need to realize that the lives of others are the same way. No one has everything under control.

My favorite parts are when he describes a French culture and law class he is required to take by the government, the majority of which is made up of Moroccan immigrants. My second-favorite incident is towards the end when his wife has a misunderstanding over the pronunciation of roman (novel) versus Roman (Italians) in the supermarket.

This book is great. Tres recommended.