The art of the slog 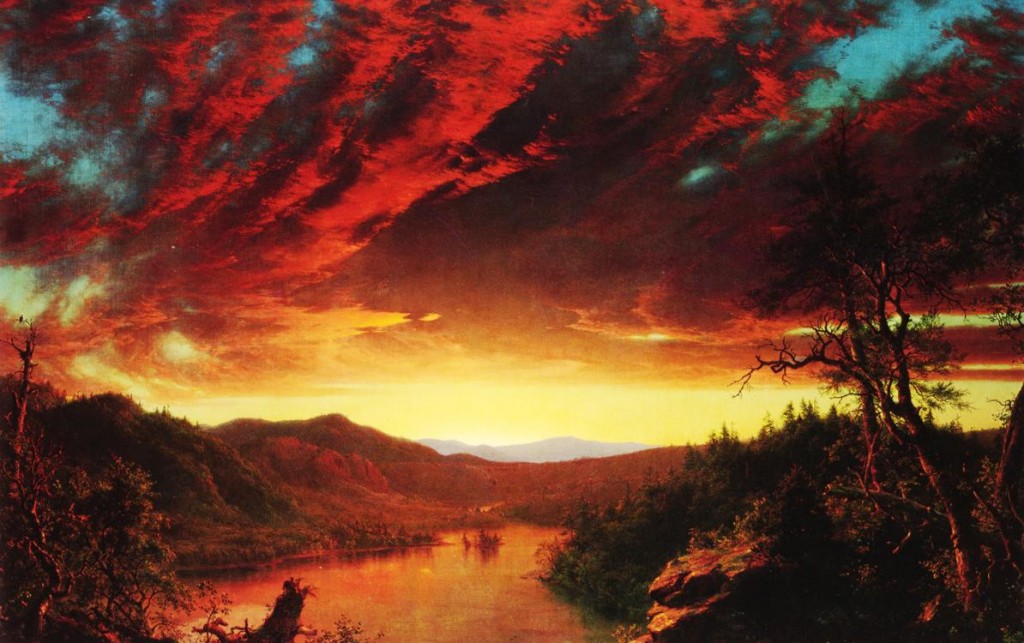 It took Lewis over two years to journey from Pittsburgh to the headwaters of the Columbia River in Astoria, Oregon (Clark, being the lazier of the two, joined later on.  )

They left Indiana and day by day covered the greatness of the North American continent (and offended probably half of the Indian tribes along the way.) They saw great herd of bison, they crossed the Continental Divide on foot, they portaged their canoes, and every day, they wrote a bit about their progress.  Some days were worse than others. Some days, they ate dogs, or roots or elk muscle or nothing at all. On one day, they almost lost all of their supplies. Once in Oregon, they had to build a fort out of nothing in the wilderness.

The enormity of the expedition can only be felt in this quote from John Bakeless,who was also on it:

We were now about to penetrate a country at least two thousand miles in width, on which the foot of civilized man had never trod. The good or evil it had in store for us was for experiment yet to determine, and these little vessels contained every article by which we were to expect to subsist or defend ourselves.

Finally, in the fall of 1805,  they saw the broadening of the Columbia River out to the shore.  On November 7, Clark wrote in his journal,

Great joy in camp we are in viuew of the Ocian, this great Pacific Octean which we been so long anxious to See. and the roreing or noise made by the waves brakeing on the rockey Shores (as I suppose) may be heard disti[n]ctly

This spring, Mr. B and I were bored, so we hopped a five-hour flight from Philadelphia to see the same thing. 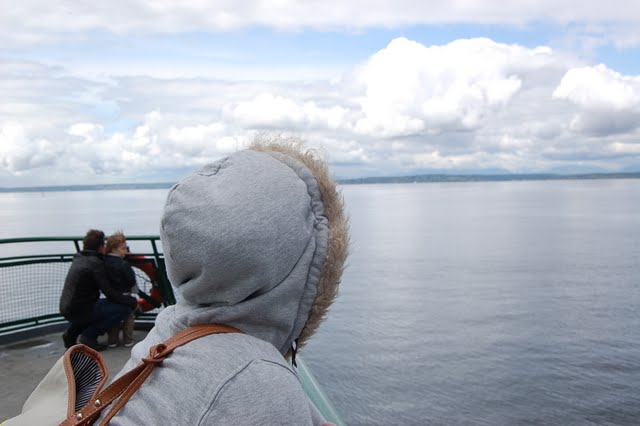 Back when, time between people used to be measured in wagon wheel tracks and letters, just like the ones Lewis, Clark, and the others on his expedition had written.

Even as late as 1997, I remember writing letters to my penpal in Finland, giddy with anticipation that a month after I sent mine, I’d have Finnish stationery and stickers waiting for me in the mailbox.  Today, I can Skype with people in Russia or Israel or Texas immediately, and at will.

Today, we are an instant society.  Everything needs to happen right away, or as quickly as humanly possible.  Two hours off email means you’re not working, and two days without picking up the phone means you’re dead.  Everything is fast: food, fashion, e-publishing, the supply chain, post-partum weight loss among celebrity moms.  You can see an entire house be remodeled in half an hour on HGTV as you’re scrolling Facebook on your phone and order a Kindle book at the same time on your iPad (hypothetically, of course.)

Our ability to do stuff has changed, but the time we have in which to do stuff and our perception of time has not.

As a result, we’re all setting ourselves up for failure.

For example, when I wrote posted about my goals for August, I was lying to myself.  They were:

Both were crazy unrealistic, for different reasons.

When I wrote the blog post, I was only 25k words in.  On a good day, I write 1,000 words. But not all days are good days, despite the fact that, if you are really a writer, you write, no matter if you have inspiration or not.  Usually it’s around 500 words. On terrible days, I don’t write anything for several days in a row. This meant that I could have, at most, had 55k words at the end of August.

Have I written more before?  Sure, I wrote a 50-k word novel in a month.  Where is that novel now?  In mothballs, because I burned out. (and because I’m a lazy bum.)  I put all my energy in writing and when it came to editing I couldn’t bear to look at it.

When I stated my weight loss goal in August, I wasn’t in the right frame of mind. I knew that two pounds a week was the most I could lose and be healthy while doing it, but I focused on the entire week.  I pictured cutting out my post-lunch candy snack every day, bringing meals to work instead of eating out, and watermelon for dinner, EVERY DAY.   I failed immediately for the first three weeks because I couldn’t stretch out my discipline that thin. 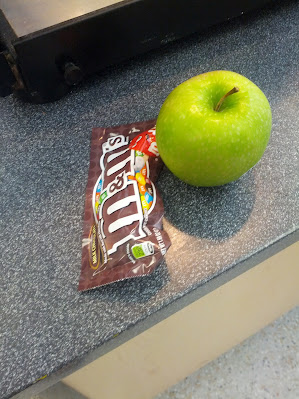 All of this stuff is really hard psychologically on anyone.  The big reveal. The Big Results. The lose 30 lbs in five days. The flashy-flashy.

What I think we as a society need to learn, is how to slog, and, more importantly, to how appreciate the art of the slog in others.  We need to appreciate the little things that people do on a day-to-day basis to get to overnight success.  Lewis and Clark didn’t get to Oregon in a month, and there’s no telling that that they would have discovered something guaranteed to be good once they got there. But they slogged, day in and day out, and that’s what’s so admirable about their great achievement.

As of today, I’m at 31k words in my book, which means I only wrote 6,000 words all month.  But I’ve been writing steadily, day in and day out, on the train.  Some days, it’s hard for me to get inspired to write and I think the whole thing is a failure. But the next day, I pick up again, slowly, carefully, rereading paragraphs, doing research, and I keep going because I know I’ve done it before and I know I can do it again. I keep putting one word in front of the other, bird by bird. How long will it take me to finish? I’m hoping I’ll be done with the first draft by October.  But the more steady I go, the more the quality of the first draft improves. 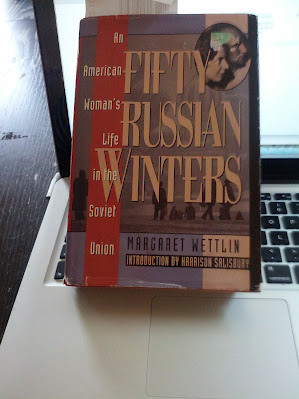 Last week, I joined Weight Watchers, which gave me exactly the social kick start I needed, and I started tracking meals on SparkPeople (which I’ve lost 30 lbs with before).  I take every day meal by meal.  I eat my breakfast painfully slowly. I think about my next snack.  Tomorrow is as far away as next week.  I’m laser-focused on my next meal, the next olive, the next yogurt with those little bitter chocolates sprinkled into it.

I’ve only been at it for a week, but it’s felt like eternity. Tomorrow, I have my first weigh-in.  How much weight do feel like I should have lost? At least 15 pounds the first week, by the amount of energy and effort I’ve put into growing my willpower. That includes skipping dessert at Off the Hook on the Delaware Shore this weekend, which is one of the most delicious restaurants I’ve been at in a while.

How much will I have realistically lost?  Probably 1.5 pounds. If I’m lucky.

Make no mistake about it, the slog is boring. The slog is hard. And the slog is not flashy or sexy; slogs don’t get on national news, unless the slog results in something spectacular.  I think about this bitterly every time I pass up a spoonful of Nutella or wake up at 5 in the morning to slip into 1936 unnoticed.  Because there is no guarantee of success with the slog.

But if you stick to it, I tell myself,  you will see the Pacific.  And it will be even more beautiful than the real one. 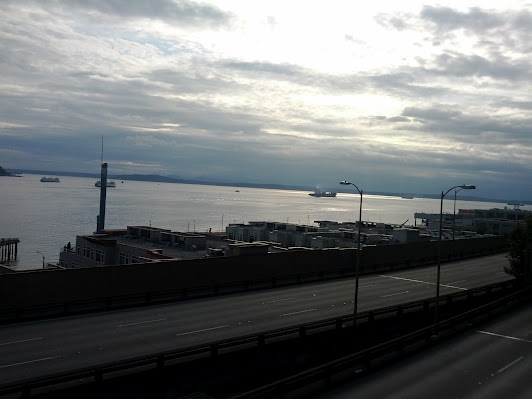