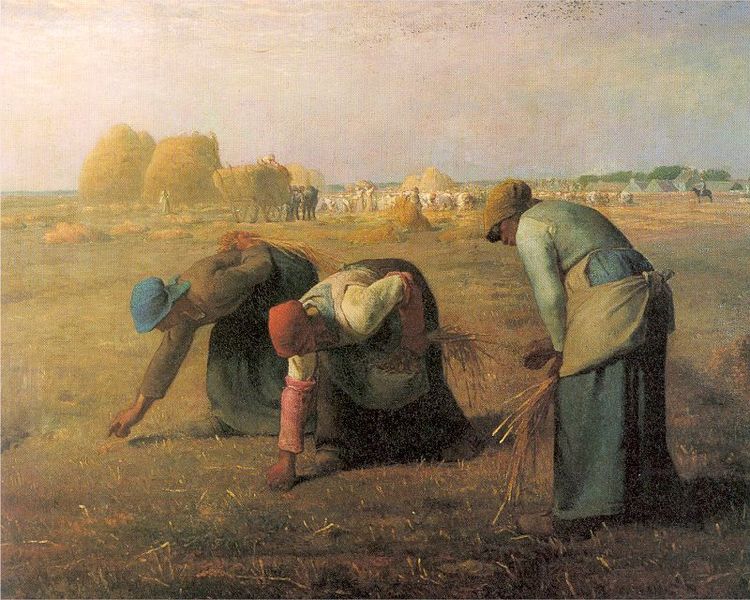 For us Professional Woman with Ambitions in America, the holy trinity is Sheryl Sandberg, Anne Marie Slaughter, and Marissa Mayer.  They are the definitive voices-du-jour about the right ways to balance career and family and have spawned numerous discussions. As a young professional woman constantly thinking about the right way to balance family and career and desperate for advice from those who have already done it, I’m their primary target audience.

They have built great reputations and careers for themselves, and as a result, the media assumes they are experts in work-life balance and motherhood.  But they are all terrible at this Big Sister thing and I could not be more disappointed with the way we as a society have framed this debate and set the level of expectations for my generation disastrously high.

Expectation 1: All women who want to achieve have to go to top schools.

Let’s start with the fact that all three women come from priviledged backgrounds and attended top-tier schools.  Mayer went to Standford, Slaughter went to Princeton, and Sandberg was at Harvard,which gave her access to Larry Summers, who mentored her as she launched her career.  This immediately signals to me that you need certain credentials to attain credibility within the media and your respective workforce in order to get anywhere.

Why don’t we hear from women who went to state schools , as I did, in order to save money and not have to be saddled with student loans until they were 35? And why don’t we hear about how these women paid for their education? The problem with the free market in education is a big deal in America right now.  Are we still encouraging girls to dream by incurring student loans so they can have access to thought leaders?  How much would you pay for the possibility of an internship with Larry Summers?  $100,00k? $200,00k?

But, it’s possible to go to Harvard and Yale and MIT without family help; I know some who have done so.  Although, for some reason, no one on Facebook is talking about the student debt they’ve now amassaed as a result of attending their universities, which doesn’t give them the freedom to take underpaid government positions and move halfway across the country for opportunities, like these women have done.

Expectation 2: All women who want to someday be mothers have to flog themselves beforehand by working unimaginable amounts of hours

**Let’s move on to their professional lives.   They have worked insanely hard  to get to where they are.  I admire that tremendously.   But that’s the thing.  Is working insanely hard, to the point of breakdown, the only option to prove yourself if you want to be a mom sometime in the future?  What if you don’t want to work 140-hour-weeks at a startup?  What if you’re “only” willing to put in 50 hours? Or, even, what if you just want to work part-time?  Does that mean you then don’t get a free pass for maternity leave? What if you work 40-hour weeks like it’s expected of you?

I knew that I was lucky in my career choice, but I had no idea how lucky until I spent two years in Washington within a rigid bureaucracy, even with bosses as understanding as Hillary Clinton and her chief of staff, Cheryl Mills. My workweek started at 4:20 on Monday morning, when I got up to get the 5:30 train from Trenton to Washington. It ended late on Friday, with the train home. In between, the days were crammed with meetings, and when the meetings stopped, the writing work began—a never-ending stream of memos, reports, and comments on other people’s drafts. For two years, I never left the office early enough to go to any stores other than those open 24 hours, which meant that everything from dry cleaning to hair appointments to Christmas shopping had to be done on weekends, amid children’s sporting events, music lessons, family meals, and conference calls. I was entitled to four hours of vacation per pay period, which came to one day of vacation a month. And I had it better than many of my peers in D.C.; Secretary Clinton deliberately came in around 8 a.m. and left around 7 p.m., to allow her close staff to have morning and evening time with their families (although of course she worked earlier and later, from home).

This is ridiculous. No one should have to work this much to prove themselves.

Sheryl Sandberg says in her famous speech, “Don’t quit before you quit,” implying that women need to be at the top of their game before they have children, implying that they need to accelerate into their career until they’re at the point where they are pulling all-nighters every week and talk about it in interviews as if it’s something to be proud of.

Sandberg wrote recently that she strictly leaves the office at 5 to have dinner with her family at 6, and there was a general embarrassment of standing ovations in the media.  What she neglected to mention is that she works after the kids are asleep.  That’s not leaving work at 5. That’s taking a break for a couple hours.

Can you imagine this same scenario running in media in Italy or France?

Expectation 3: All women who want to be successful and have children need to ignore biology

The most dangerous way these women set the wrong expectations is that  none of them were under 35 when they started a family, which leads me to understand that I also should wait that long, until I’m successful. Slaughter put it off until she had tenure, Mayer until she got a position she wanted.  But no matter how progressive we hope we are, we can not fight biology.  We all know the statistics about the increase in risk of genetic disorders and birth defects, that bell curve of how they exponentially start increasing after 30, right alongside the probability of infertility.   When American women protest loudly  that “it’s their choice,” and “people can have their first child even after 40 because I did,” they are doing a grave disservice to young women and paying lip service to feminism in a way they shouldn’t be doing.

And there is the latest, Mayer’s announcement that she would only be taking “several weeks” off for maternity leave and working through it.  This one absolutely killed me.  She had such a great opportunity to begin her position four, five months after her baby was born, to prove that maternity leave is just as important, even more so, than her career.  We are one of the only countries in the world that doesn’t mandate paid maternity leave because legislators feel the same way as Mayer; it’s a nuisance to employers. The first time I found out women had to take short term disability leave as maternity leave, I was shocked and embarrassed.

And, God forbid- God forbid- there are any complications with her pregnancy or she has to have a C-section and can’t be “checking email consistently” through the first several weeks of her leave as she says she will.  But it would all probably still be ok, because when you’re a world-famous CEO, you’re accountable only to your board, and what moron board is going to tell a CEO they fought tooth and nail to recruit from Google that she can’t take a couple hours to change a diaper or go to a pediatrician appointment?

Cumulative Expectation: You can only successfully balance career and family if you come from a well-off, middle-class family, go to a top school AND become a super-high achiever in your field to the point where you have pull to do what you want in your industry.

Each of these impressions on their own is terrible, but together,  all of this tells me, a young professional career woman, I’ve already lost my battle to understand what it takes for balance.  I’ll never be rich enough to cash in on stock options or have the availability of a nanny whenever I need her. I’ll never be high-profile enough in time for if I have kids so that I can take weeks and hours off at whim and not lose my position or the respect of coworkers.  I work super-hard, but not sleeping-at-my-desk hard, which means I guess I won’t rise up to a place where I “deserve” leave. I never went to an Ivy, so I can’t build the prestigious connections that will allow me to pay someone $100k a year to manage my household.

So, none of these women are talking and writing to me. They’re, at best, talking at me, but really, they’re talking over me to their peers, and to shareholders. They’re managing their own careers and media publicity, and they’re doing so with great skill.

The real lesson in business is that everyone looks out for themselves. Any tangential benefits to other people, such as women looking for advice, is just that – a warm afterthought.

And that’s fine.  But the real problem is that now they have become the role models.  And in doing so, they’ve eclipsing and deligitimized the experiences of real women who don’t do it their way.  Women who don’t have $300 million dollars in the bank from Google and can afford nannies and outside help. Women who get up at the crack of dawn, drop their kids off at daycare, and groggily go to work. Women who want to have six months off but can’t afford it and are afraid of being left out of the workplace.  Women who work three jobs to support their family and also want balance, but just can’t say it. Women who scrape up vacation days to take just one more week of maternity leave.  Women who have to commute by public transportation 6 months pregnant in the blistering summer heat. Women who don’t have enough time to even read about these three women because they are busy trying to hustle.

These are the women I want to hear from, and the women who I want to set the tone for the debate on what’s acceptable or not, because they’re living it.  But they’re not sexy enough and have no time between bottle feedings and spreadsheets to lobby for airtime in the mainstream media, so I never will.