How to have a classy bachelorette party in Philly

One of my closest friends is getting married in a couple of weeks, so when it came to planning her bachelorette party with her maid of honor, we wanted it to be awesome.

Unfortunately, one of the annoying things about planning bachelorette parties is that you are expected to go to strip clubs and really loud bars and wear things shaped like penises. The other annoying thing is that we are in Philly, which you know is near and dear to my heart.

If I had to make a list of my least-favorite things, strip clubs, really loud bars, and this would make the top three. Fortunately, my friend was really admant that none of those things be at her party, as well.

So what do a bunch of classy ladies do?

They start with tea at the Rittenhouse Hotel. 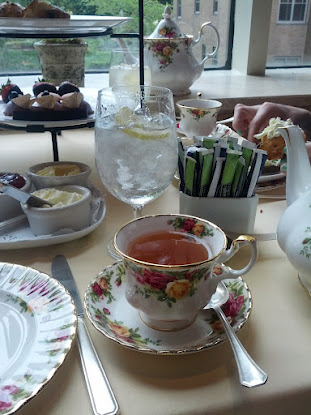 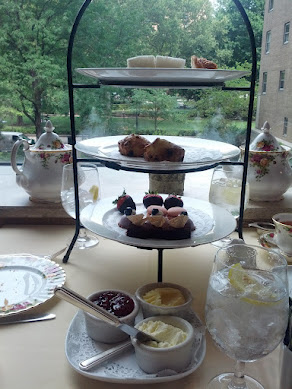 Tea is a common Russian post-dinner staple, but I have never had desserts that were this classy. Macarons! Strawberries dipped in chocolate! Stuff I didn’t even know the name of!  My own teapot! It was amazing.

And, for the bride, a dessert in Tiffany blue: 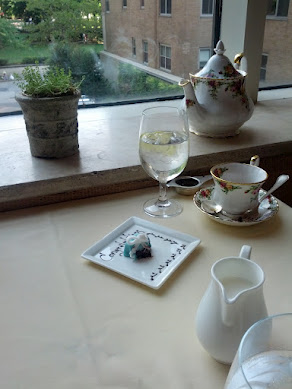 Plus, the Rittenhouse overlooks Rittenhouse Square, and while we were eating we got to people-watch, including witnessing the arrest of a homeless woman.  We were off to a good start!

Next, we wandered around Center City Philly for a couple of hours until dinner, peeking into cool stores.  One of my favorite stores in the city and one that I cannot afford is Open House, owned by Marcie Turney and Valarie Safran, who are changing the Philly entrepreneurial landscape. Pillows there cost about $100, so we spent most of the time daydreaming.

After that, we donned our classy Dinsey Princess tiaras, 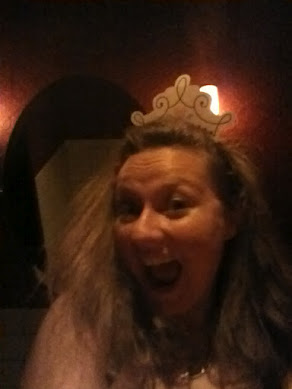 and  it was onto dinner at Parc.

Parc is like being in Paris in the 1920s, only in Philly.  You’d think this would be an awful combination, but it actually is one of my favorite places in the city.  If you go there, may I recommend the Citron Glace? It’s like vodka, but for classy people (i.e. Europeans.)

After dinner, we took a refreshing walk around Rittenhouse and avoided homeless people asking us for money.

As I mentioned before, we hate bars and loud music, so we had something a little different in mind, and that something was the Franklin Mortgage and Investment Company, which is not someplace that has men in overalls and glasses trying to sell you mutual funds, but a 1920-s style speakeasy.

You have to be let in underground by a doorman and it’s completely dark inside. There’s a Prohibition-era mural, and the drinks they serve are crazy-strong. Here’s the menu, to give you an idea.

For example, one of the things I ordered, unwittingly, was a Man Drink. A Man Drink is any drink that has either vodka, whiskey, gin, or bourbon, and tastes like gasoline fumes. Some people foolishly drink these on purpose. 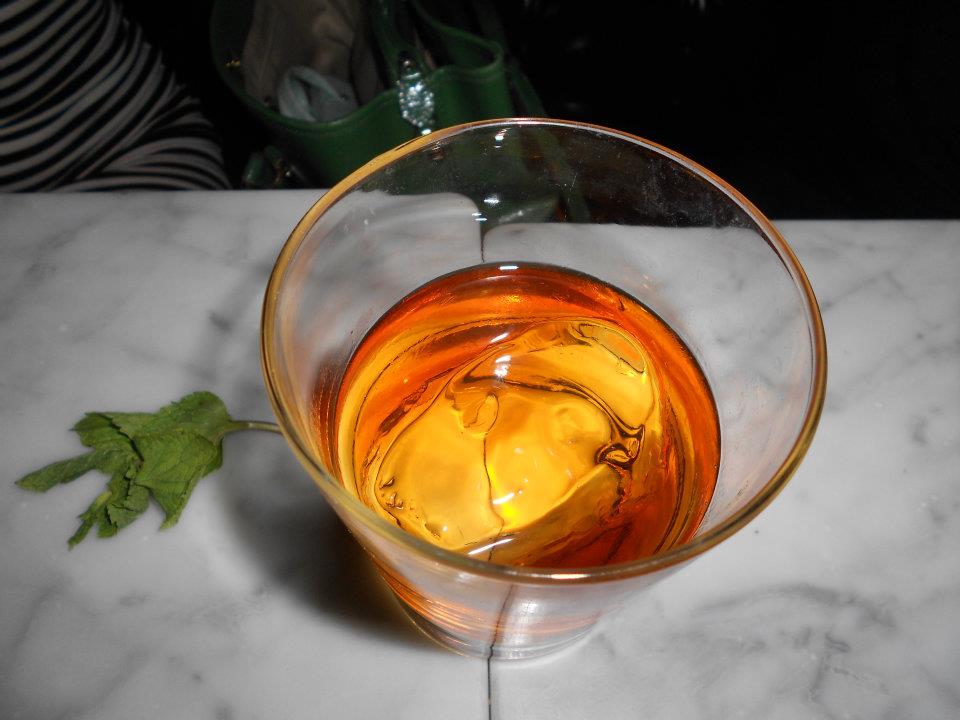 Can you smell the fumes?

People actually drink this stuff for enjoyment.  I drank it because it cost $12 and it would be a crime to leave it unfinished.

Our last stop of the night was Tria, a mellow wine bar.  They have crazy good olives. Also, obviously, really good wine.

The only problem is, the classier you are, the smaller the portions get, because I guess it has to at least look like you’re not a lush.

My wine expectations versus my wine reality at Tria: We stayed at the Westin, which was conveniently close to the tiny wine portions.

The next morning, after watching Wimbledon in bed, we decided to continue the experience at the Dandelion, which is the most British I felt since not-England.

The Dandelion is new and really, really cool. Every detail was very carefully considered to give it that British feel.

The room we ate in looked exactly like something out of a hunting lodge. The only thing missing was this painting, because you know I look out for things like representations of Scots and the Welsh in English pubs. 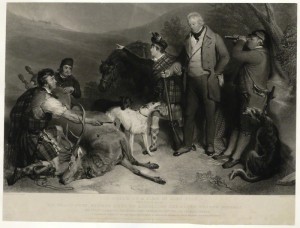 Don’t forget, the tea and the ENGLISH CUPS .  They even give you a tea strainer. *dies* 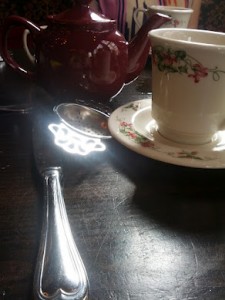 You have to imagine, what kind of bachelorette party would prefer discussing tea strainers and British cups on a Sunday morning instead of talking about hangovers?

That would be ours. 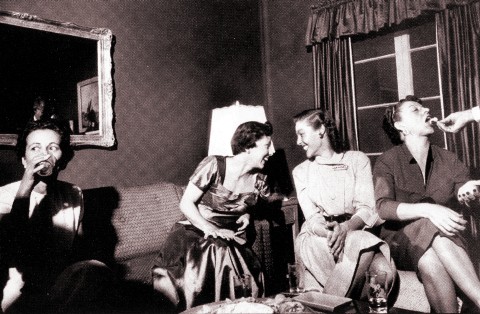