Why do I do this to myself?

Because I hate free time and love pain and misery, I’ve started working on my summer project, which is my second book. 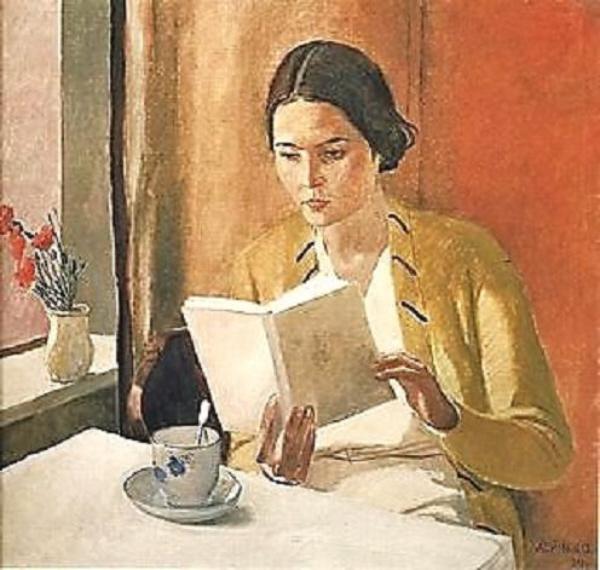 Actually, I started pecking around a couple weeks ago, but I was busy wrapping up a product launch at work, my summer class at school, helping a friend with her wedding, and generally trying not to go insane. (which is why posting has been light lately).

Now I can 100% concentrate on the insanity.

And the insanity is going to be even worse than last time around, because I’m writing a historical novella, which means I have to TONS of research.

What is it about?

It’s about the Jewish Autonomous Region of Birobidzhan in the 1930s.  It’s about life right before Stalin’s purges, clanedstine Zionist organizations, Americans, life in a planned city, potatoes, love, funny situations, vodka, Yiddish, Siberia,  the triumph of the human spirit, and this main character dude, who’s a huge jerk. Basically, I’m rewriting Doctor Zhivago, but editing for length and clarity and adding some humor in there because goddamn was the Soviet Union depressing.

It’s hard going this time around not only because of the fictional component, but because I have to be historically accurate.

It took me three weeks to write the first chapter.   Any time a character so much as takes a smoke or a drink, it’s off to the Googles for me. Not to mention the background reading.  Here’s my stack, which doesn’t include what I have on the iPad or what I’ve read online. 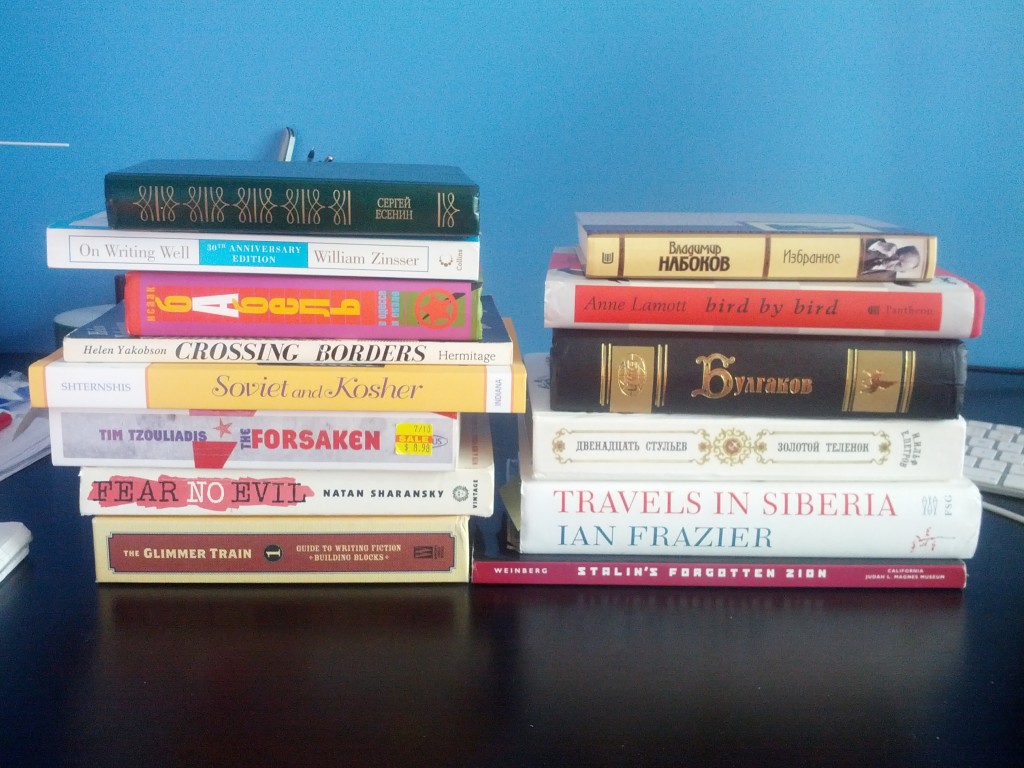 I’m also reading primary source material in original language, which is a self-imposed challenge since my Russian comprehension is at the 10th grade level, but my reading speed is at a fourth-grade level. Because I’m a speed-reader in English, it’s really frustrating. I’m hoping this challenge will force me to read better and more in Russian.

Someone said once that the past is a foreign country, they do things differently there, and I’m finding that the rules of the past complicate things significantly.  But they also make it easier, since people have always been people.

I am just as excited about this project as I was about Scotland, which is saying a lot.

Anyway, that’s what I’m up to.  Hope your summer is more sane than mine.