I found another Russian thing that is terrible for everyone: Russian children’s books

So, the other week, Mr. B and I were trolling around in the local Russian bookstore. It’s actually very cute because it’s called “Knizhnik,” which loosely translates to “Booker,”  from the word for book, knizhka. It’s named after the owner, whose last name IS actually Knizhnik.  With a last name like that, I can only imagine you’re destined either for book store ownership or tax evasion.

Anyway, none of that was  relevant to the picture I’m about to show you. Brace yourselves. 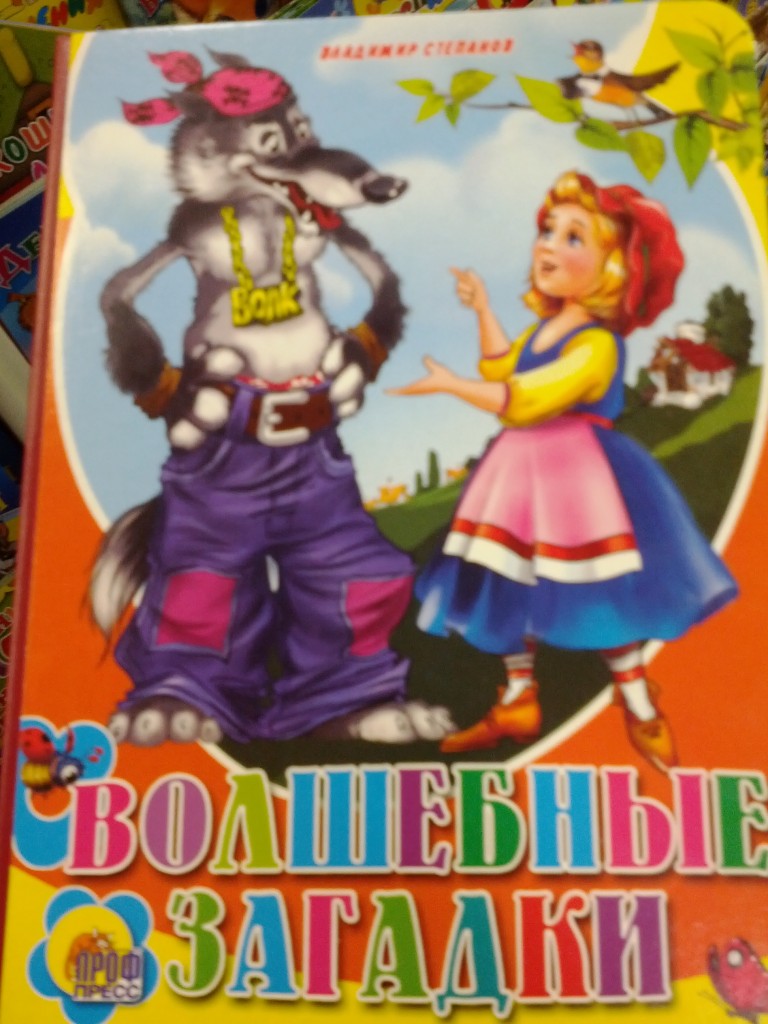 This book is titled “Magical Riddles,” but the only riddle I have is why the hell the wolf on the cover of a book targeting the 3-7 age group is dressed like Tupac Shakur? With his own bling, which reads “волк ” or wolf in Russian.

When I first Tweeted this picture on Instagram, a couple of Concerned Citizens pointed out that, even in English, it looked like the wolf was up to no good:

I have no explanation for this cover illustration and why it’s appropriating American gangsta rap culture.

Are Russians hoping to corner the hip-hop marketing segment of children’s literature? Do they think the wolf (W-Dawg) appeals to those 4-year old toddler girls who are dreaming of someone sexy and dangerous, yet safe, to escort them to Grandmother’s house? (Yes, that is little Red Riding Hood, but in Russian she’s Little Red Riding Cap, because, you know, communists)

More importantly, if the wolf  can afford bling, why can’t he afford a nice pair of Prada pants without patches, like Kanye? Is it because the illustrator is trying to show that, while daddy has a Boomer and a 14-k gold nameplate he’s still relatable to the proletariat?

We many never know.

But while you’re puzzling over that, there’s another Russian children’s series I’d like you to check out.  It’s called Tanya Grotter and it has no resemblance at all to anything in English-speaking culture whatsoever. 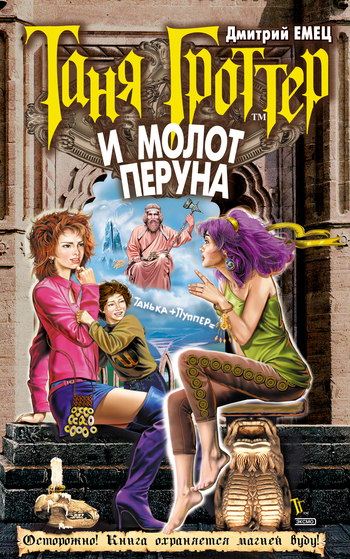 This pacticular book is called “Tanya Grotter and the Hammer of Perun,” Perun being the Slavic pagan deity of fire, mountains, and plagiarism.

I can just imagine a marketing meeting where the publishers of these books got together.

“How can we sell our own rich literary culture, spanning back hundreds of years and including such beloved Russian children’s authors as Marshak, Barto, and Nosov?” One suit says to another.

“We will plagiarize and appropriate everything, by God.”

“ALL of American and Anglophone culture?”

“But it’s so overwhelming! Where do we start?”

“How about you draw a Hip Hop wolf, and we’ll go from there?”

“But even if we develop a hip hop culture, we don’t have the ‘hood. How do we rap without a ‘hood to objectify?”

“Are you looking around you?  You have a whole country full of rusting post-Soviet machinery that hasn’t been maintained in over 40 years  just waiting to give you tetanus, and you’re complaining that we don’t have a ‘hood? Get back to drawing that wolf, bratan.”