Friday Links, now engineered to make you appear witty and urbane to others.

Can I just gloat for a second that the most-read article in The Economist this week was on my beloved Shotlandia (which would be an excellent name for a vodka, by the way)? So if you are buying my book, which contains a brief but maybe kind of inaccurate history of the issue, you will be all the hotness at your suave cocktail parties this year as you wow people with your expertise.

“Did you know, Mittsy,” you’ll say to  your fellow chatterer holding an appletini, “did you know, Mittsy, that Scotland has been trying to become independent for the last three hundred years and that its future now lies in hydroelectric energy? ”

“Really,” Mittsy will say and adjust her Lilly Pulitzer purse.

“Oh, yes, quite,” you’ll say.  “Did you also know that people almost get shanked there on a regular basis?”

“What,” Mittsy will choke on her olive.

“According to Vicki Boykis, it’s true,” you’ll say smugly.  “If it’s in a self-published book being advertised on a blog read by four people, two of whom are the author and her husband, it must be 100% legit.” 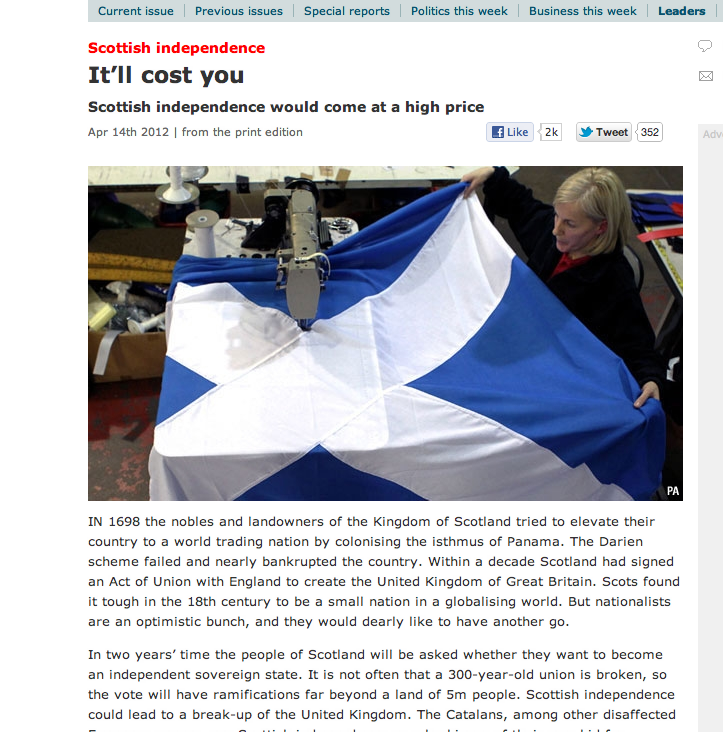