I bet Audrey Hepburn hates everyone

Last weekend, I was in Ikea, as I have been every weekend for the past year of my life since we bought this house to practice good old American consumerism (except for when I’m out on the streets). I was browsing their art section because we still have almost no art in the living room and bedrooms.  We have some good stuff in the kitchen, though.  This one’s my favorite: 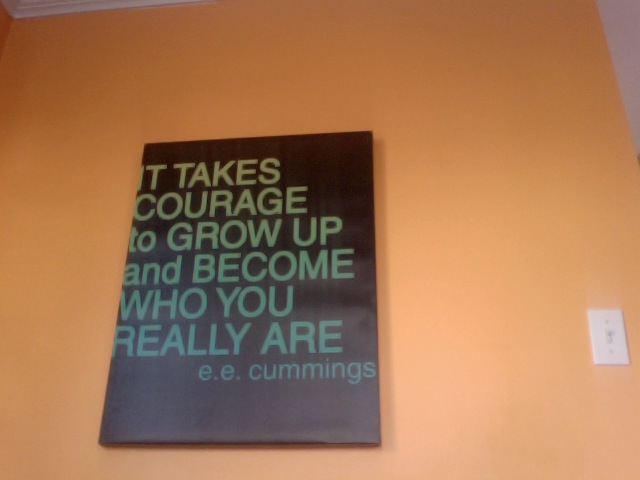 Anyway, so I was at Ikea and I saw this poster: 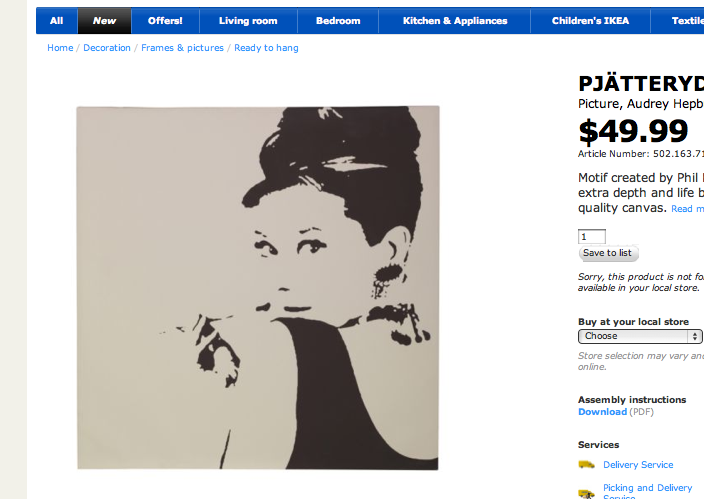 I mean, I’m sure you all have seen this poster, somewhere, in a million iterations.  In fact, if you go Etsy and type in Audrey Hepburn, the Etsy search engine will just say, “I give up.  I can’t do this, man.  Everything on this site is Audrey.” Because there are Audrey posters and Audrey onsies and, yes an Audrey Hepburn flask.

Even Mr. B, Audrey’s biggest fan, hates these prints and will not buy them out of the principle that they’re super-tacky.

And it got me to thinking, what if Audrey Hepburn really hated having her picture taken? I mean, we don’t really know her true personality beyond a couple of quotes, right?  What if she was massively anti-social? And also hated black and white? And was more interested in her humanitarian work than the fact that she “believed in pink,” which almost of these prints talk about?

What if she’s in heaven or Tiffany’s right now, all like, “Goddamn those consumerist assholes that think that a print of me will add glamour to their cookie-cutter suburban houses? They wouldn’t know glamour if it hit them over the head with a Blahnik.”

I can just picture her, sitting on a cloud, smoking a cigarette and talking to God.   “You know, I did so much for the orphans in Somalistan, but no one cares since they can just slap a quote that I said offhandedly once about believing in fairy tales on their wall.” She passes the cigarette to God.

“Sorry, I really didn’t mean to design you that way,” God says, taking a drag. “It’s just that people are morons and they need to have the not so pretty stuff packaged up in a pretty way and I thought if I made you pretty but also involved in UNICEF and shit, that they would get the message.”

“Well, that’s not how it worked out, did it,” Audrey says, frowning, picking out a piece of cloud out of her LBD.

“Might as well make that your epitaph,” Audrey says, rolling her big, darling eyes.

Then she takes a swig out of her Audrey flask.