Travel is my religion (so is really terrible amateur photography) 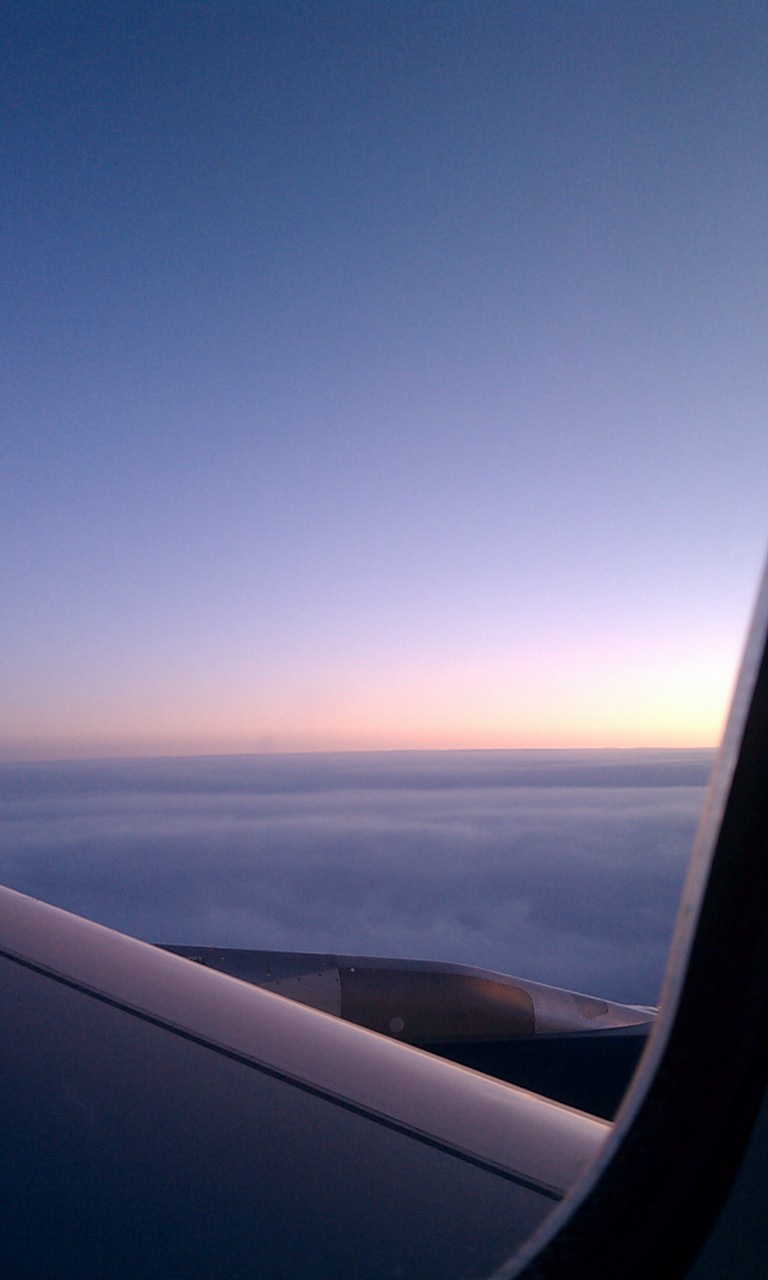 “The world is a book and those who do not travel read only one page.” – St. Augustine

Wow.  Where do I start about our vacation to the England and Scotland last week?

I love to travel, and I live to travel.  Planning travel is a pain in the ass and makes me really stressed out, but the moment when I see the US disappearing below me is when I am at my happiest.  Being on an airplane, on a train, and in a car in a foreign country is the closest I’ve ever felt to being an optimist. 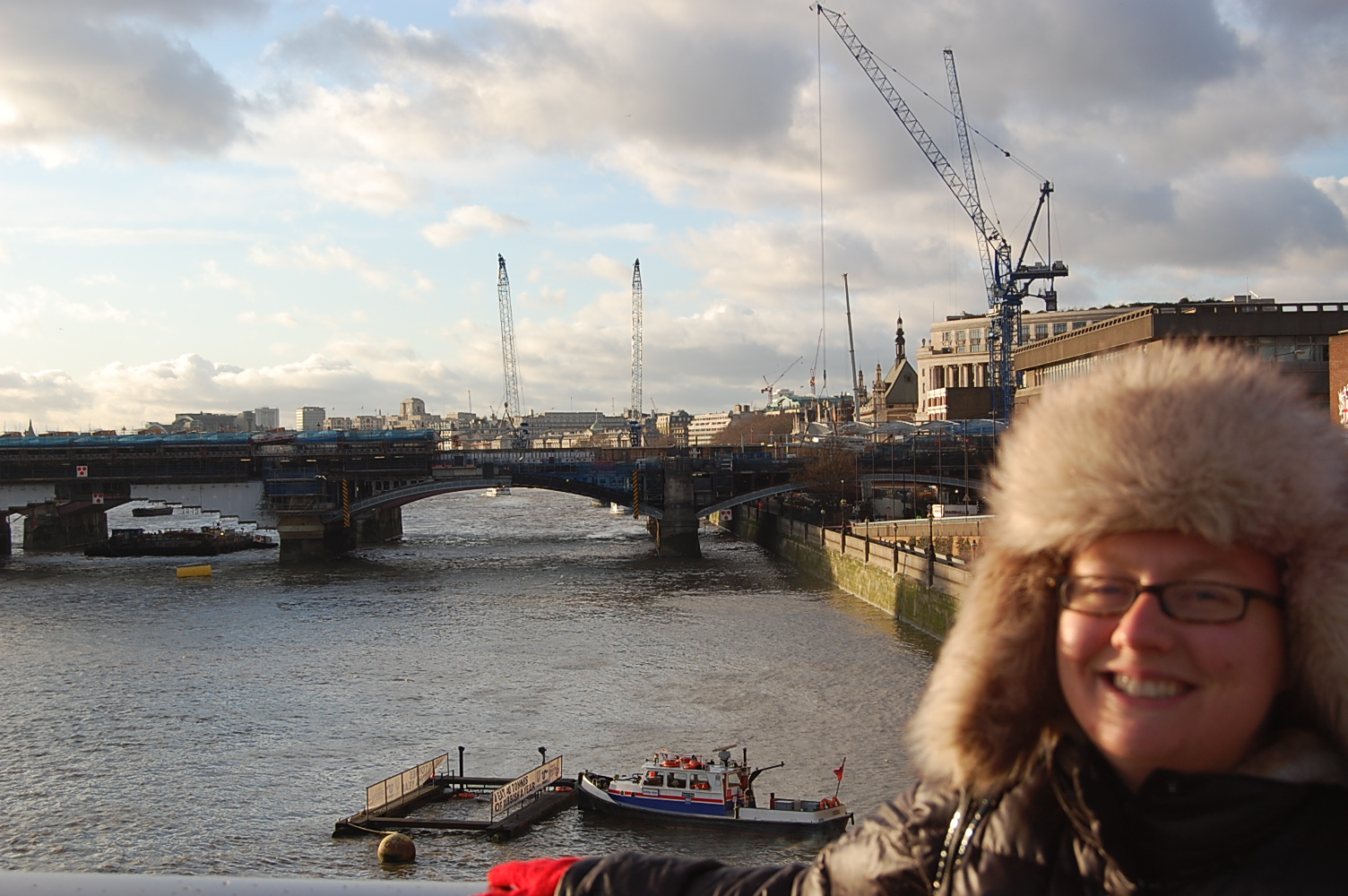 So far, Mr. B and I have been to Prague, Israel, and a bunch of places in the US together.  Since we’ve been crazy with changing jobs and houses and everything, we haven’t been able to have a decent vacation aside from the few days we spent in Las Vegas and Boston this year.  But a real vacation for me means leaving North America, and that’s exactly what we did when we went to England and Scotland last week.

Initially, I wanted to go to Argentina, because it’s warm in the winter.  But Argentina was $$$$$$.  So then I thought maybe Iceland, because it’s close by and really cheap in the winter. No dice, because Iceland has only 4 hours of daylight when we wanted to go.  Add a Russian to that equation, and you go suicidal.  The next logical location was the UK, because it’s relatively close from North America (6 hour flight from Philadelphia), and this time around, since we’d only leave for 6 days, I didn’t feel like dealing with logistics of travel in non-English (or Russian or Hebrew or Italian)-speaking countries.  For our next trip, I’m hoping we have 2 weeks for Japan (or maybe, India).

We spent 2 days in London, then took the train to Edinburgh, did a Scottish Lowlands tour, then took the train to Glasgow, did a Scottish Highlands tour, and then took an overnight sleeper train back to London.  After all of this, I have to say that, as much as I hate some things about Europe, including organizing travel in Europe,  I am completely besotted with both England and Scotland.  The Scottish Highlands and the history of Scotland as a nation especially left a very deep impression on me, and I’m hoping to write about it in a more coherent fashion after I organize my thoughts and figure out the best way to split them up into blog posts.

In the meantime, here are some of my favorite snaps. Also, don’t make fun of my hat.  It was REALLY cold the whole time.  As always, clicky to enlarge. 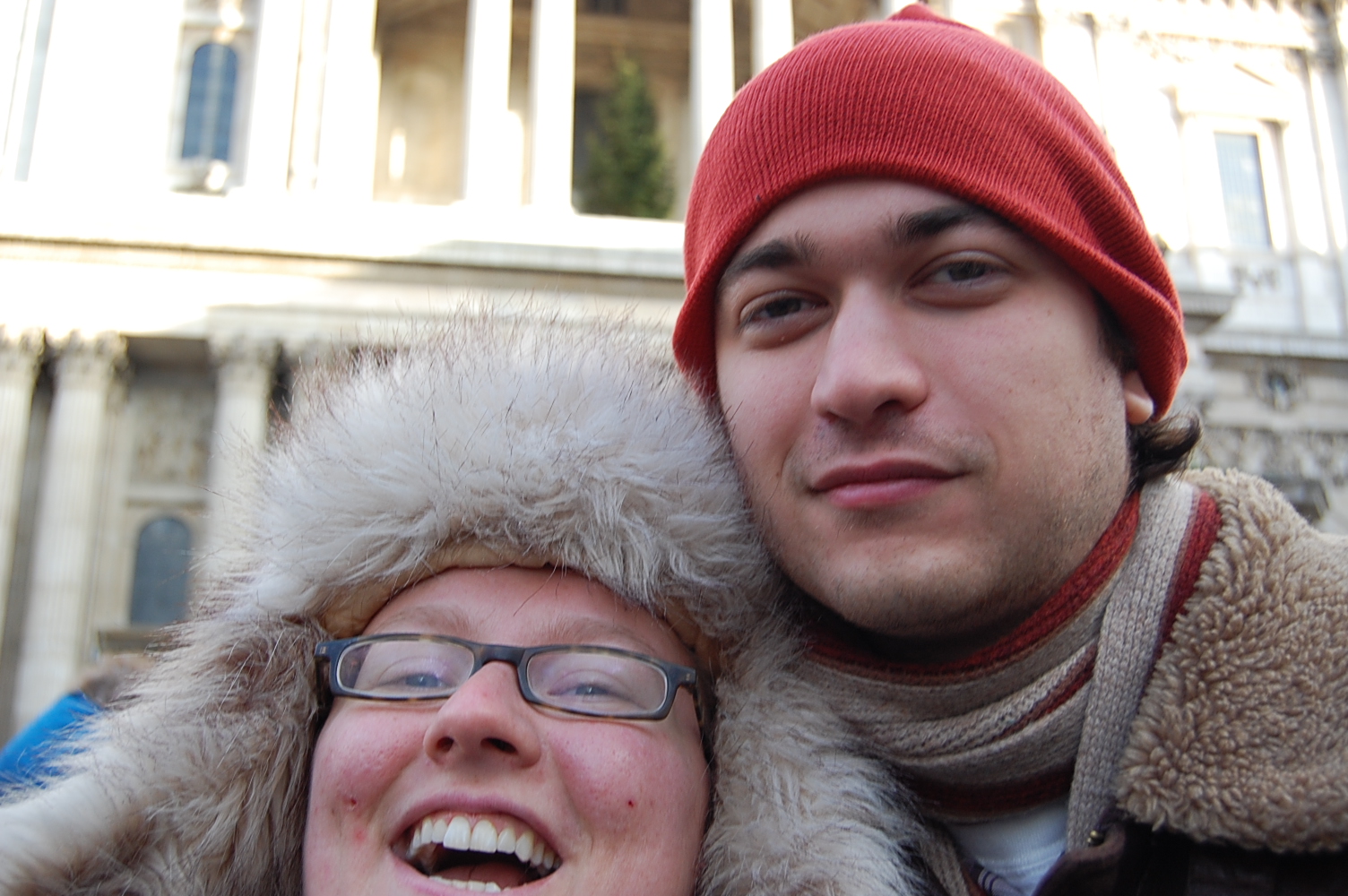 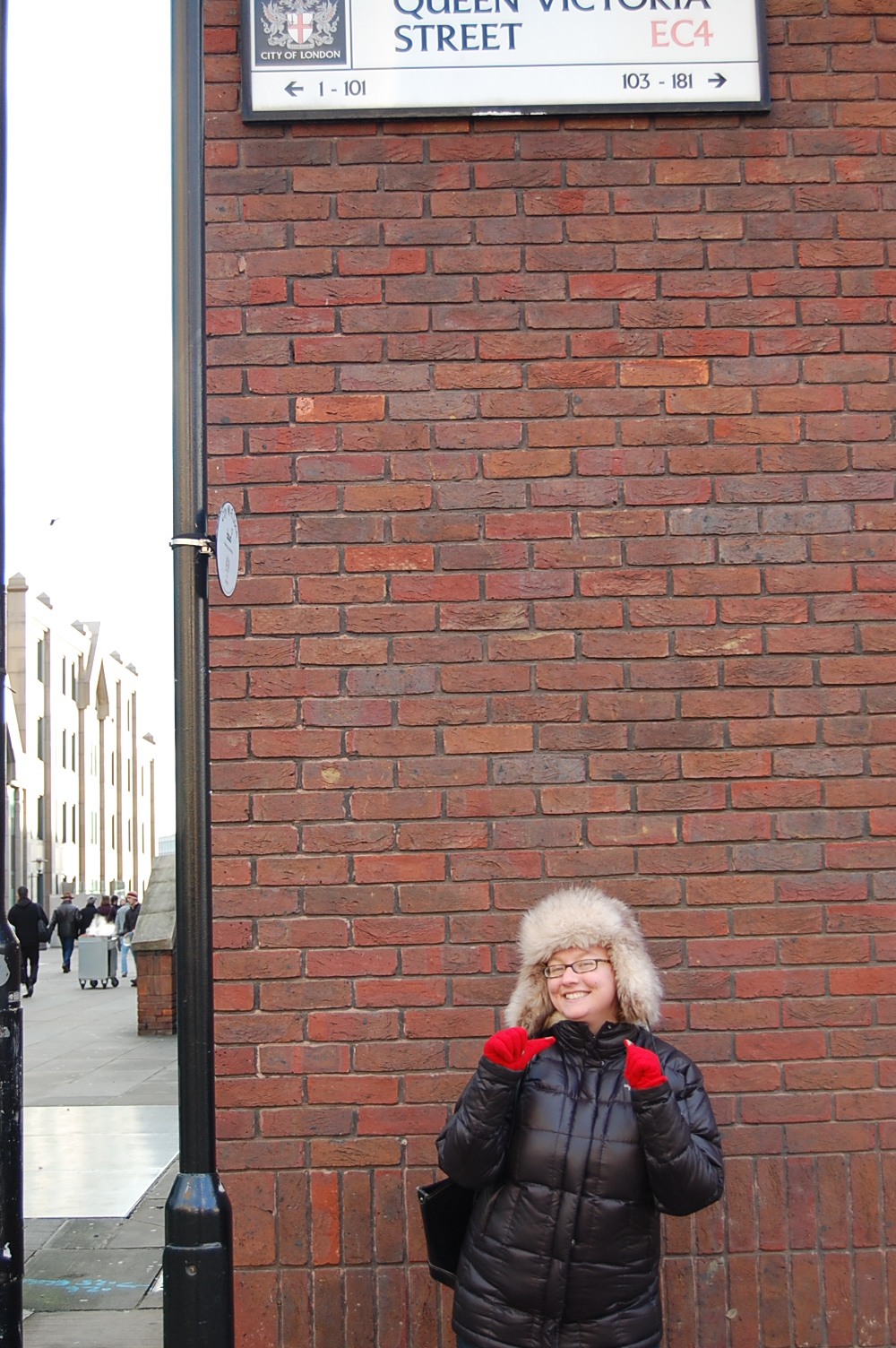 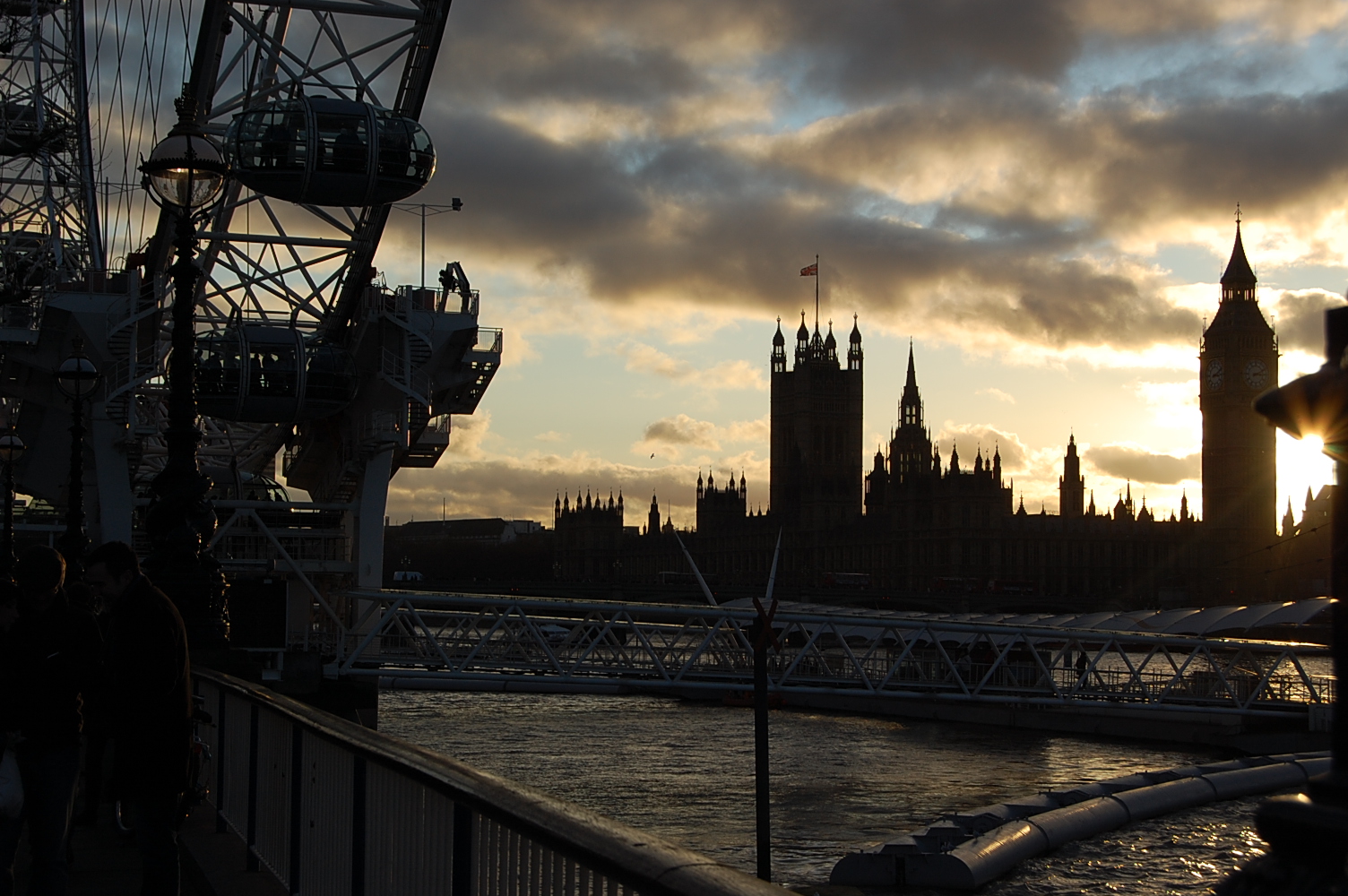 Sunset over the Thames, London Eye, and Parliament 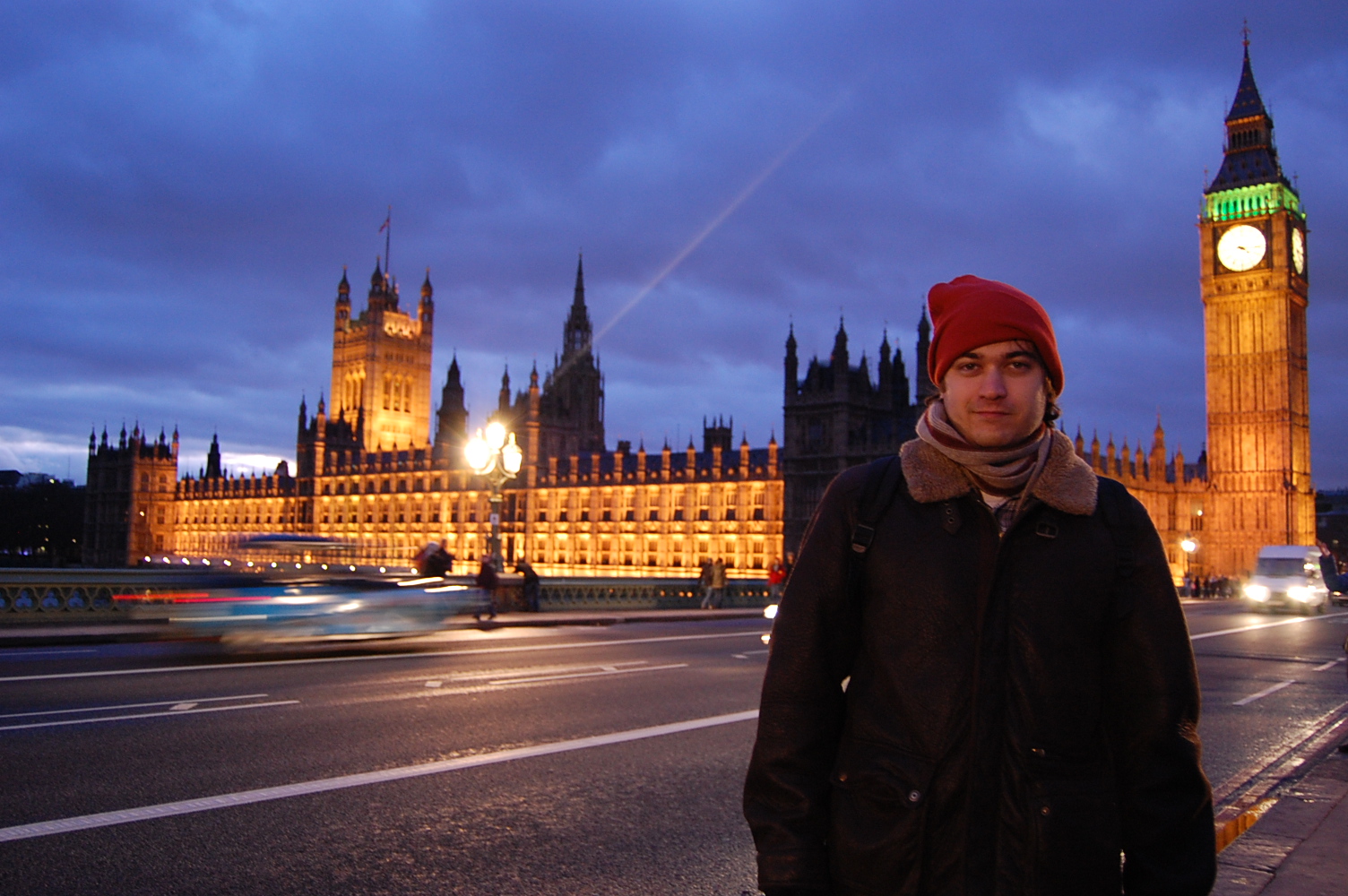 We were lucky enough to get to Big Ben at sunset, when the best pictures happen. 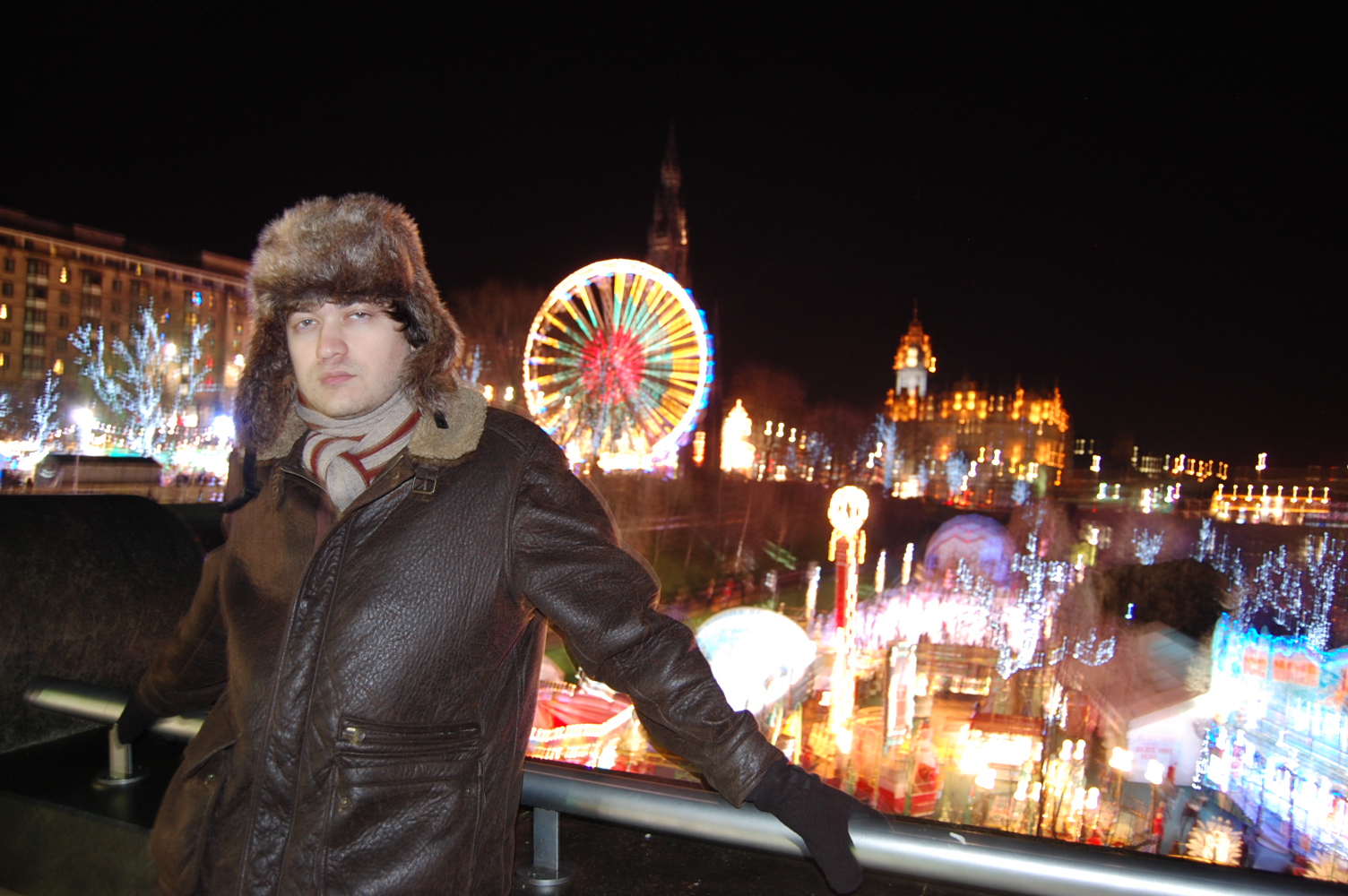 Christmastime Edinburgh at night. But more like Edinburrrrrrrrgh, amirite? 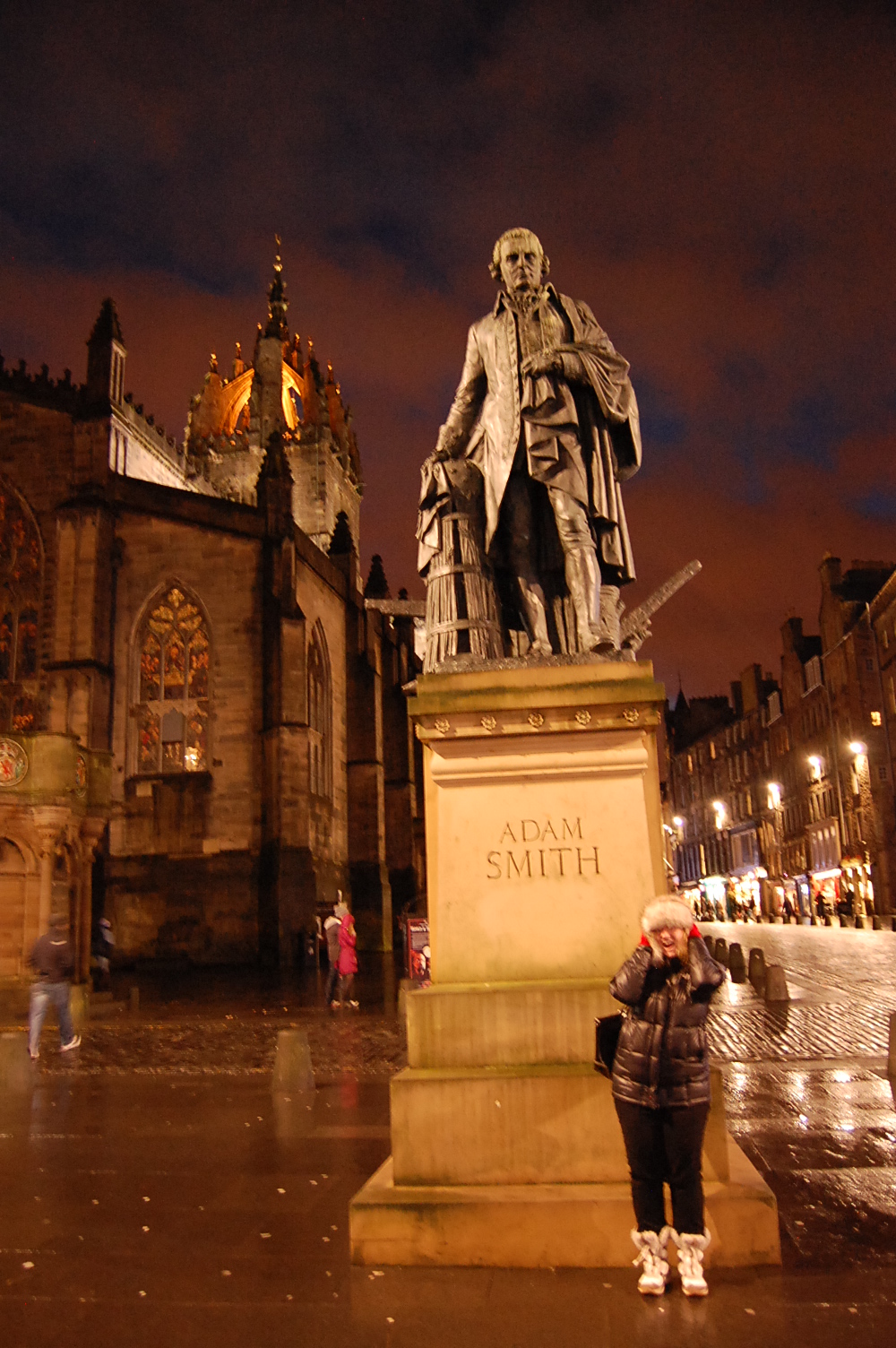 Losing my head over my favorite crush, Adam Smith, in his native Scotland (Edinburgh). Please dear God don’t say anything about my boots. 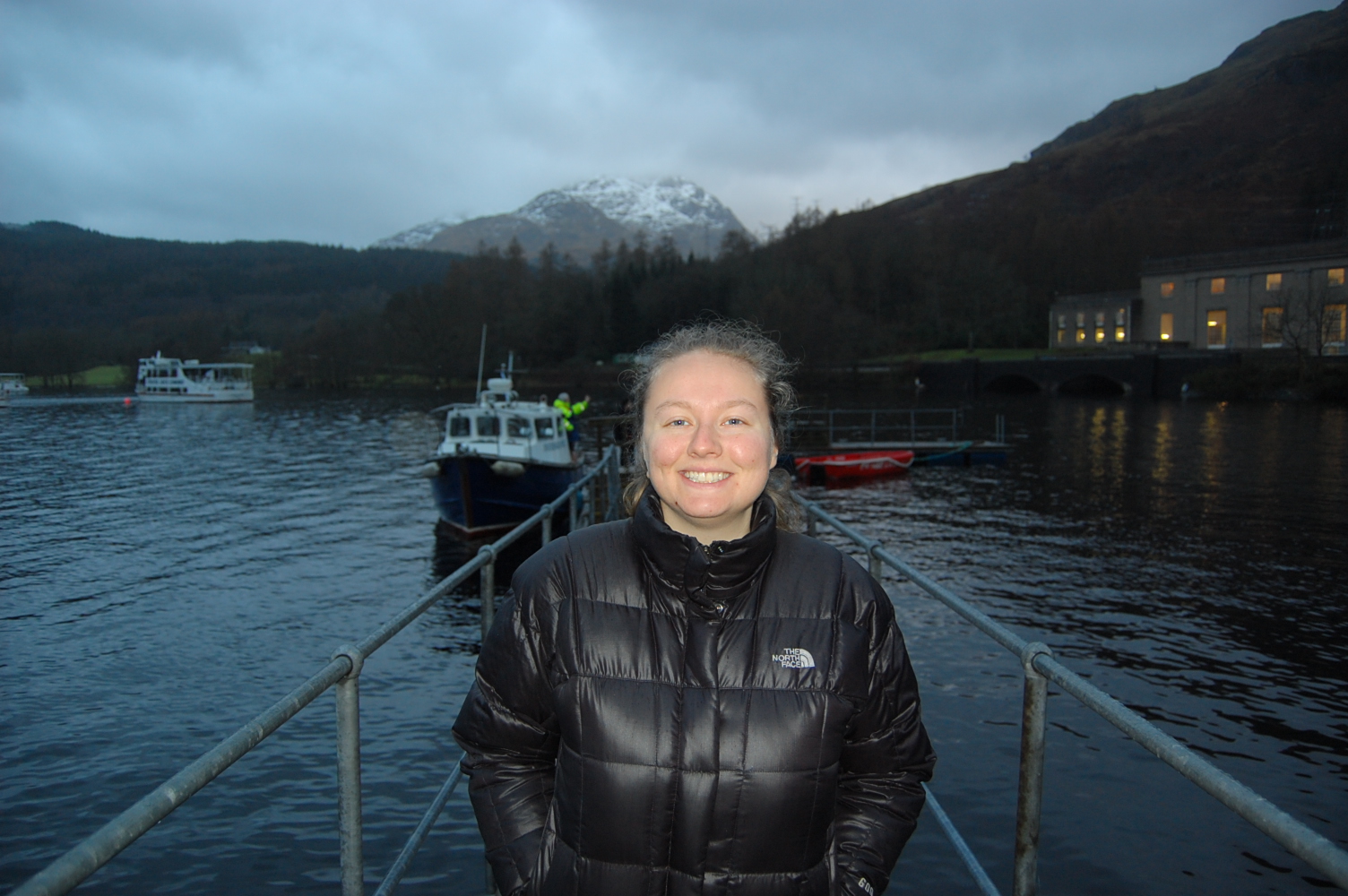 The bonnie, bonnie banks of Loch Lomond and Ben Lomond in the background. 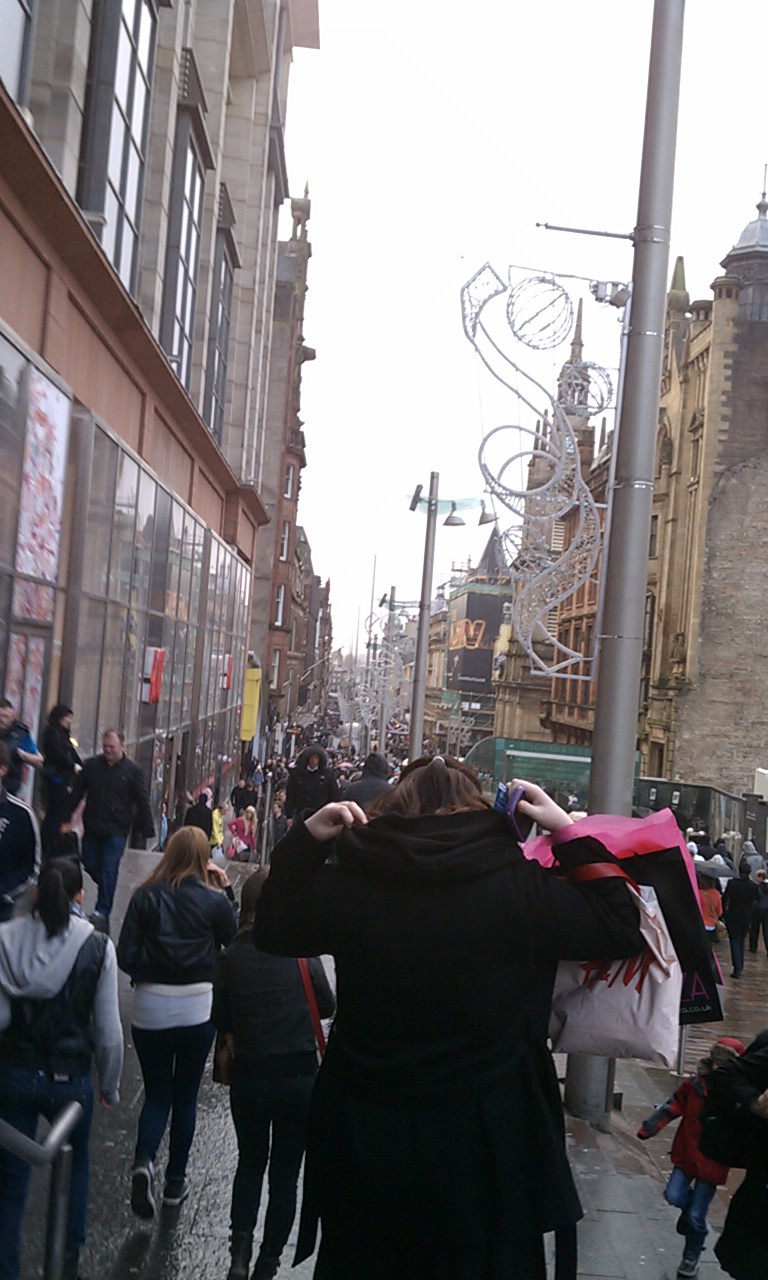 Glasgow, the day before Christmas 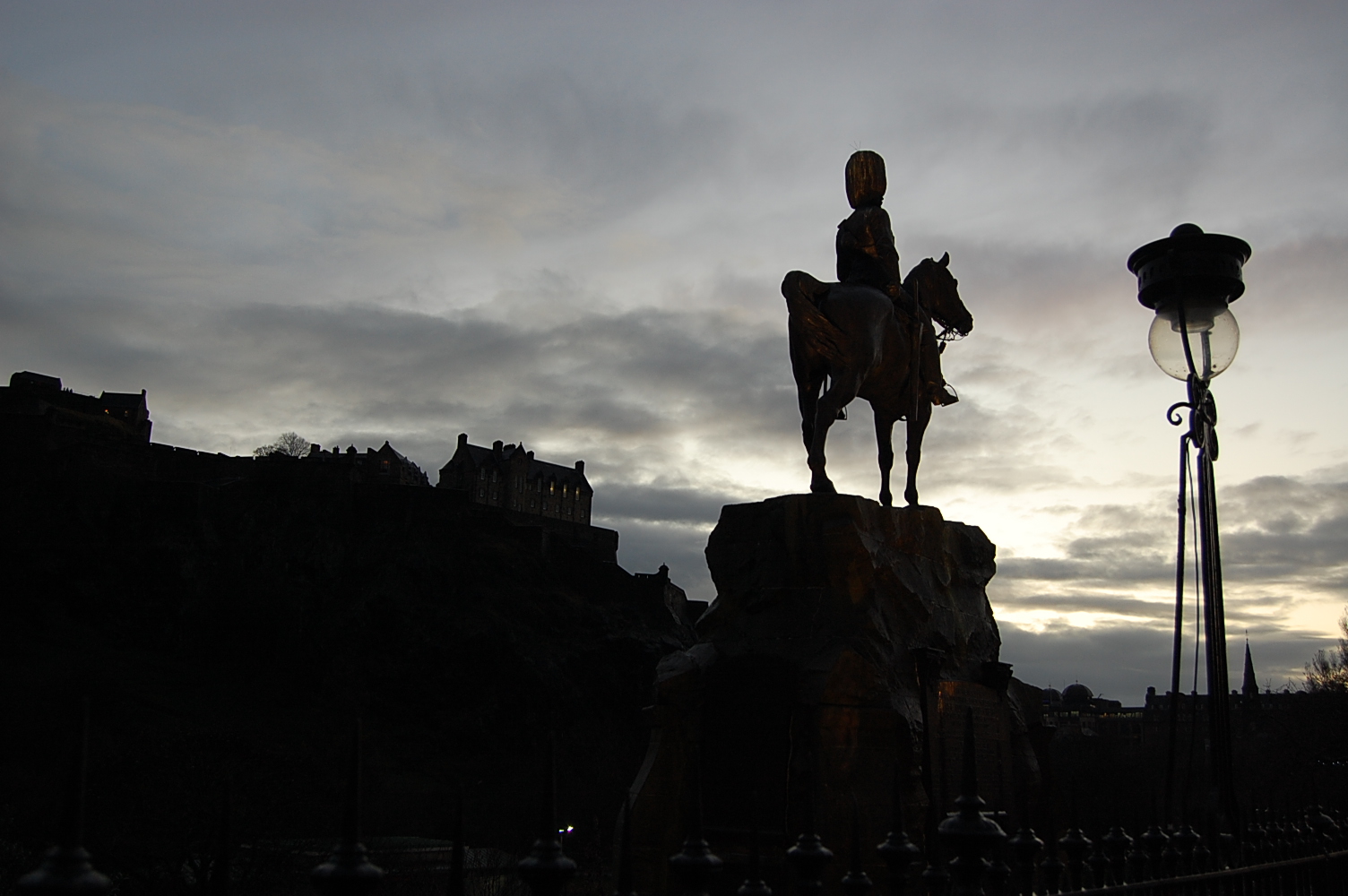 Highland dude in Edinburgh with the Edinburgh Castle in the background. 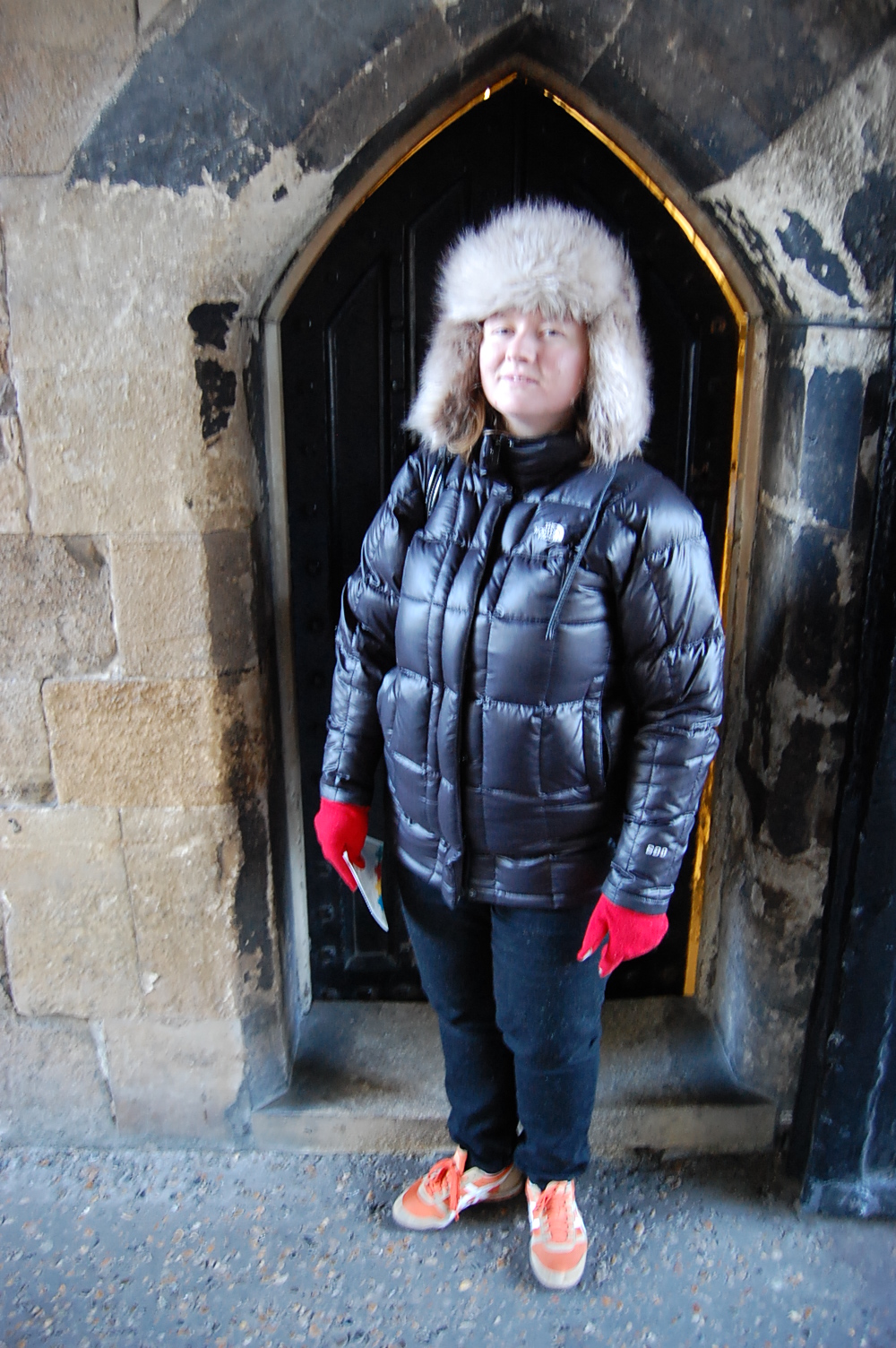 Tower of London. What I love about medieval places is that I’m never too short, but always the right height never to watch my head in doorways.