Steve Jobs and the Art of Immortality 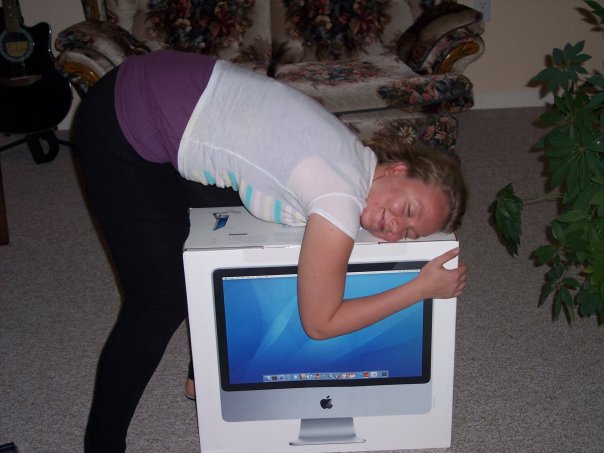 Five years ago. The first big purchase I made without any help from my parents.

One of my biggest selfish fears in life is that I’ll die before doing something people will remember me for.

To that you say, that’s why people have kids. And I’ll say, no, I mean something bigger.  Something that influences people I’ve never met, in different countries.

And then I’ll tell you that, after a five-course anniversary dinner last night, making toasts with really classy Israeli wine and not just the crap you find in the Kosher aisle, actually seeing Chef Solomonov in the restaurant (!), and escaping the burbs, Mr. B and I were riding on a high.  Then I scrolled through my Facebook feed, and saw that people had started posting pictures like this: 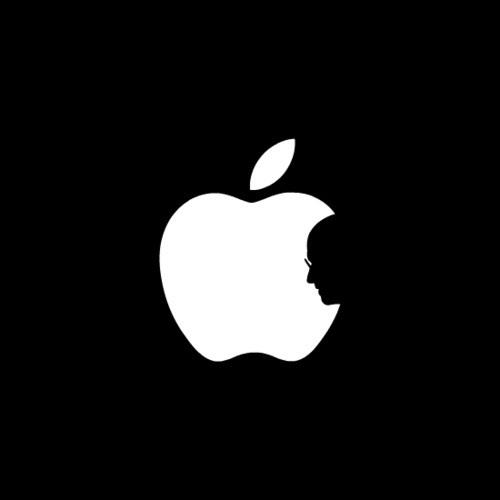 “Steve Jobs died,” I told him.

And instantly, I don’t know how, but all the fun swept out of the car.

Why were we infinitely sad for and about a man we’ve never met?  We were sad because he died younger than he should have (but that’s usually the price really talented people have to pay), and because he revolutionized the way we think about computers, and because, I think, he made life more beautiful. When I read this back, it sounds really, really white.  And also is glossing over the fact that Apple now has some questionable business practices.

But that’s not the point.  The point is that when I got my iPod sophomore year of college, it was the most expensive thing I’d ever bought.  But that was a time when I was miserable because I could tell my then-roommate hated me, namely because I found a blog she was writing about how loudly I chewed and how weird I was. I also found out on that blog that she was moving out. She told me the day before she left.  It was December, our room didn’t have heat sometimes, I was in the middle of finals, I was a nerd and had no friends, and I needed something to make it through to winter break or I would jump off Old Main.  I saved and saved until I finally went to our on-campus computer store, down in a basement in a big lecture hall building, and handed it all over, and came back with the iPod.

The iPod was it.  I’d had Discmans and tape players before, but this was different.  I could now pick exactly the music I wanted on there. It was also shiny and cool. I was now like everyone else, and I could flaunt it.   I spent two hours, sitting in a blanket in our freezing dorm room, putting all of my music on it.  One of the songs I put on first, was, of course, Survivor by Destiny’s Child, because, damnit, I wasn’t going to let my ex-roommate bring me down, and because I was soooooo proud.  I spent the next couple weeks walking around with my iPod.  Later, I realized I could take it to the gym.  I set running music on it.  And so I started running.  Then, I realized I could plug it into my car as I drove back and forth, from college to home, home to college.  I put Mashina Vremeni on it and thought about my dad and the meaning of life as I drove through the mountains. My iPod saved me.

I bought my iMac when I just graduated college. It was my first major purchase because my Toshiba laptop had died, for the fifth time, taking absolutely all of my files with it. I have a friend who is really into Mac, and he suggested I get one. When I finally bought it, I drove 2 hours to the Towson, Maryland Apple store and then drove back to set it up.  My parents, and aunt, who was visiting from Russia for the first time that time, gathered around.  To them, it was funny that I was getting sooo excited about a computer.  But to me, it really was different from Windows, which I’d used my whole life.  Mr. B, who was just Boyfriend B at that point, came to visit, and made fun of me, because at that point, he was still building his own computers.  “Huh.  That’s interesting,” he said.  In three years, he was also using a MacBook at work.  I think his next computer will also be a Mac.

What is it about Apple computers?  I am, in nature, a creative person.  Sure, I do database stuff and analysis for a living and I am trying in vain to get my MA in Economics, but I really love to write. I love to make Photoshop stuff.  I love to make comics, parody songs, videos about our family, and take pictures.  The Mac opened up a whole new world for me.  I learned Photoshop (not well, but still.) I wrote my novel on this computer.  And I started blogging on this computer.  I don’t know if I would have otherwise, I can honestly say that.  The computer is just a computer.  Just a piece of metal.  But it’s also a lot more. It saved me when I lived alone in DC, when I spend countless hours doing things like this in PhotoBooth (but you can’t tell anyone you saw this photo after you look at it because OHGAWD is it embarrassing. ) 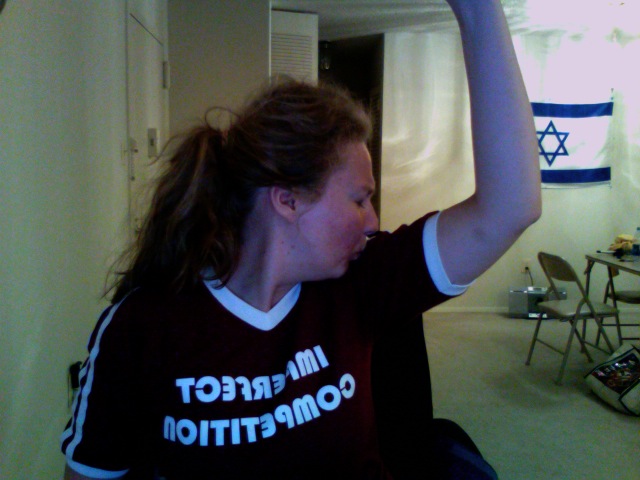 The day after we got back from our honeymoon, Mr. B bought an iPhone, which served as our first real GPS in Washington, D.C.   The day I left my last job, I got to keep my MacBook Pro.  For my birthday, I got an iPad. Each of these things have their own backstory, but it would take too long to explain how much meaning they all have.  Each of these things is important because they’ve drastically changed the way we live, and because they serve as milestone markers in our lives.   And because we are sad, and because we remember the man who helped create them, the man who has become an icon.

Rest, Steve Jobs.  You have a legacy, and you are remembered.  And in the end, isn’t that what matters?

Quick edit to add: I read this on the train and the sentiments have a lot more meaning than what I wrote here. I also like Roba’s.  And one last thing.  I completely forgot that these lamps, one of my first memories of television in the Soviet Union, were also Steve Jobs.