I Love America: Air Conditioning and Public Utilities for All

Let’s talk Fourth of July and why I love America. 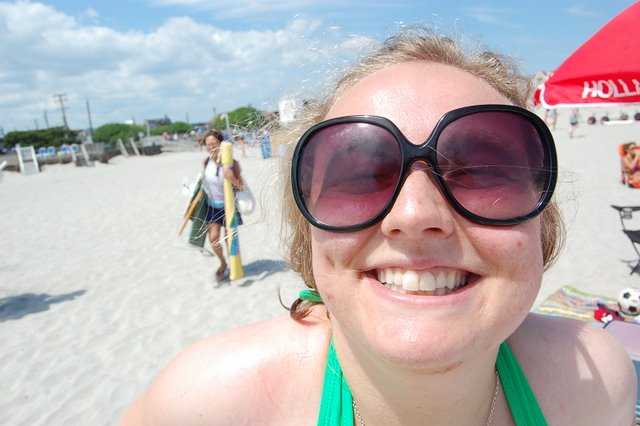 So this weekend we went to the beach with the Borscht family and a bunch of other friends, two of whom were visiting from Russia and made me think.  There are some inherent differences between Russians from Russia and Russians that have been in America for a while.  For example, Russians from Russia don’t do summer well, because summers in Russia are colder than spring in Tora Bora.  As I type, it’s about 77 degrees in Moscow.  This is considered HOT.  Summers are also regrettably short, much like the average Russian’s life span.  Hence, no one has air conditioning.

However, thanks to Al Gore, global warming means that the last two summers have been extremely intense, meaning if you don’t have AC, you’re S.O.L.  And A.C. is really expensive to get in Russia if you’re an average Russian.  Moreover, no one would think of getting one because it’s just not something you do.  So, one of the girls visiting from Russia was worried about how her mom and her little daughter, who she left behind when she came to visit, were faring in the weather.  Only it wasn’t so much worry as a kind of philosophical sigh, “Oh, it’s hot outside. I wonder how they’re doing.”  I mentioned that maybe they should buy an air conditioning unit and was met with a strange look.

This is why I love America.  Because even if I’m cheap as hell and won’t turn on the A.C. until it gets to 84 F and Mr. B’s all like, “I’m melting,” I still have freedom to turn on my AC. When I feel we’ve saved enough money.

Another reason America is great is that you have water.  Unless you didn’t realize you had to set up your water payment system for your new house and you come back from the beach on a Saturday night to a notice on your door that your water’s going to be turned off on Tuesday morning at 8 AM unless you pay your bill, in which case you frantically call the utility company only to find out that they’re closed on holiday weekends and open at 7:30 AM on Tuesday, which gives you half an hour to get your shit together and call to make sure your water isn’t turned off half an hour later. But when you call it’s not really quick and you have to provide like five forms of I.D. that you can only FAX over to them, and, oh yeah, it takes two days to get the water back up and running..whoops!  So right now, I hate America.  But when I have public utilities again, I’ll love America.

This post would be longer, feeling a little dehydrated. I don’t think it’s anything to worry about, though.