On Running Shoes and Revenge

I ran a 5k last week (Mr. B was still “recovering from illness”.) Because we haven’t run in over a month since we were busy with house stuff, this was the hardest race I’ve ever run, especially since the second half was uphill. Can you tell? 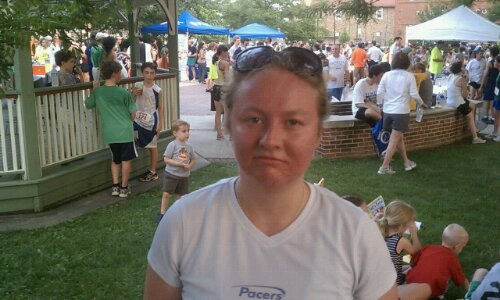 I barely managed to finish under 40 minutes, but that’s ok, because two things were in my favor: the free pretzels afterwards: 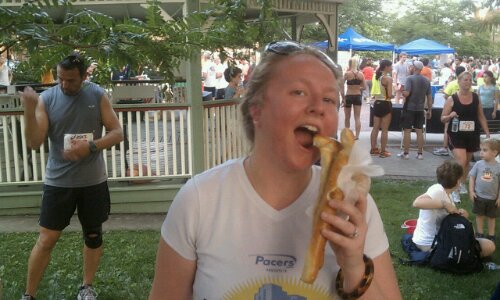 and the fact that I got a new pair of running shoes because I accidentally left my old ones out in the rain and they acquired a smell I can only imagine is imported directly from the public toilets in Moscow. 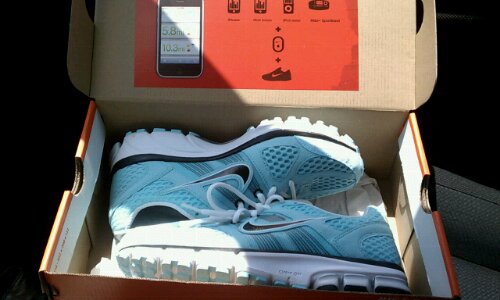 The thing about running shoes is that once you run a lot, you need special shoes, and a special person to tell you what kind of shoes you need.

Here’s what I learned about my running style after going to the running store: