Whines about commutes and the radio, part two

My morning drive is a  pretty brutal hour. 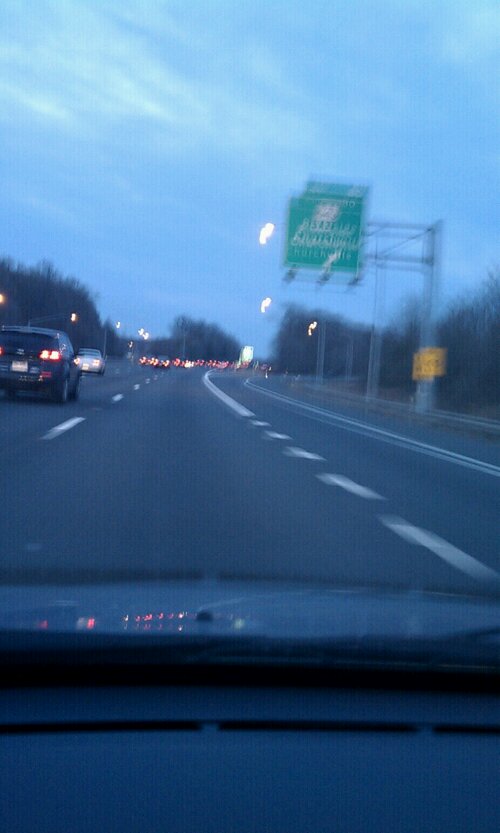 Almost exactly how my brain feels at 6:40 in the morning.

What makes it worse is that my computer is in storage (i.e. the basement), meaning that I can’t download podcasts of things that will keep me entertained onto my iPod (it’s complicated.) So I end up having to listen to the radio on the way to work.  The radio comes in two flavors: NPR and Q102, which plays Elvis Duran’s Morning Show in syndicate from New York. The fact that the format of Elvis Duran’s show is called a Morning Zoo tells you everything you need to know.

The problem is that, while NPR is like cool fresh mint after the enchilada of morning shows, you get tired of both formats very quickly. But if you switch between them, you get whiplash.

“This is Steve Inskeep, and this is Morning Edition. Early this morning, rebels stormed the capital of Karkalpakistan, demanding enough karkalpaks for all, a minimum wage, social justice, and clean drinking water, much like our readers.  To learn more, we go to our reporter there, Woman With-Three-Hyphenated-Last-Names, Each More Ethnic and Harder to Pronounce than the Last.  Woman, what have you learned?”

“Well, Steve, the Karkalpaks are extremely restless.  Just yesterday, I interviewed Abdullahameedinejadina Ahoudi, and he doesn’t feel safe sending his son out to the market for fresh, local, organic groceries, much less to the charter school down the street, and just last week-”

” – her BOOBS.  Can you believe that?  And she didn’t even have plastic surgery.”

“Hi Guys, LOVE your show. I got a boob job last year and my live-in boyfriend AND my mom said that they’ve never looked better! In fact, I was fooling around with him last week AND-”

“-and yeah, of course I totally made out with him.  I mean, I was drunk.  We all like to drink.  Speaking of drinking, here’s the Daily Sleaze! Let’s find out which celebrity was drinking what last night.  Did you know that Mariah Carey-”

“-Kaplan, who owns an independent bicycle shop in Seattle, says-”

“-totally gay bar, I mean this guy was just-”

*SPEND REST OF DRIVE IN SILENCE*