At Least Two Conversations about Pigs during Passover

There are a couple of things going on in my life that I want to blog about, I just don’t have any writing mojo at the moment, so I’m going to phone it in and have my friends and family contribute.

This is for when I didn’t want to run this week. Mer and I have a pact that we give each other only tough advice that our dads would give us.  Other advice includes Don’t be a girl, Man up, and put your foot down. 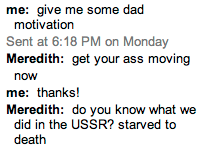 Ever since we decided to remediate our Cancer House, and free it from its radon shackles, my parents have also been concerned about radon and are in the process of testing their house. One way to get rid of radon is to let air circulate freely in the basement.  Can you tell where my optimism comes from? (Note the conversation in English because it’s easier for both of us to type in instead of Russian.) 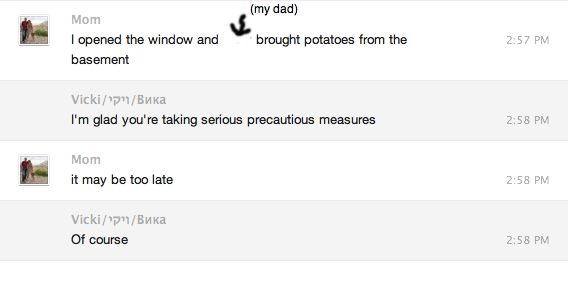 This was from when we were initially trying to buy a car and then stopped when we got overwhelmed with the house.  The game in question is the Let’s Make a Deal but Quickly Because Someone Else Wants Your Exact Model game with the dealer.

And this was from this:   BTW, here’s the cruel link.

And, when I told my mom about the pig, which I learned was a kunekune. 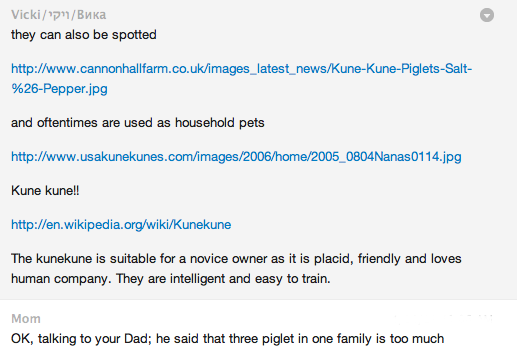 (you can tell I am scraping the barrel with writer’s block right now.)