A Guide to Questionable Russian Careers, or “Seryozha, That Guy with the Ambulance.” 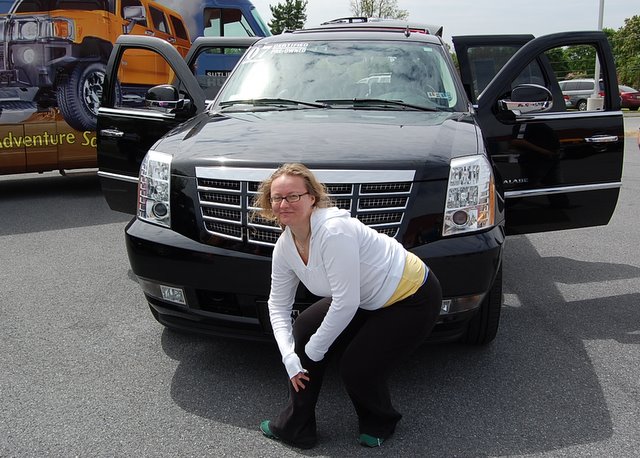 This car is not big enough. Looks like it's ambulances for me from here on out until I become indicted for Medicare fraud!

A couple weeks ago, we were having dinner with Real People, when the conversation turned to Russian career choices.  The hip thing to do in Philly if you’re Russian now is to own a privately-operated ambulance. Whether it’s because it’s convenient to leech money from insurance companies and commit fraud or  whether your Hummer is JUST NOT obnoxious enough for when you go out to the clubs, ambulances are THE in business to be in right now.

Before ambulances, every Russian was in real estate, either as an agent or a mortgage broker,  because you could make a killing bilking people out of hundreds of thousands of dollars in a field where almost everyone has no clue what’s going on.

Before that, every Russian was selling cell phones and SIM cards. I have no idea how this started or what ended it, but I’m guessing it had something to do with this.

(P.S. Did you know when you search for Russian things, you get nice Russian search results:)

Before that, when the big wave of immigrants came in 1991,  the it thing was programming, which is the only real job on this list.  However, because it was so lucrative and so easy to get into back in the day, there are now a bunch of mediocre Russian programmers who were originally Russian language or horticulture majors back in the homeland that screw up the reputation of Russians who actually do know a do loop from an if loop.  In my immediate family alone, there are SEVEN programmers. And I currently work in IT, although not as a programmer, but that doesn’t count because I still read The Economist and yearn for that job in  Suisse.  The given amount of Russian programmers any Russian knows is inversely proportional to  ∞.

What do all of the industries above have in common that are attractive to shady Russians?

With that in mind, put your predictions for industries Russians in the United States will want to enter over the next 10 years in the comments.