I love International Women’s Day because it’s the one day a year that everyone else is talking about the stuff I like to think about (follow the hashtag on Twitter for a neverending list of links and ideas,) which makes me seem a little less weird.

And what I want to talk about is this Kate Spade ad I got in anticipation of the day last week. Now, I want to preface this by saying I have absolutely nothing against Kate Spade and am actually hoping that if I write Kate Spade enough times in this post, they will give me a Kate Spade bag that I have been dreaming about for a long time. 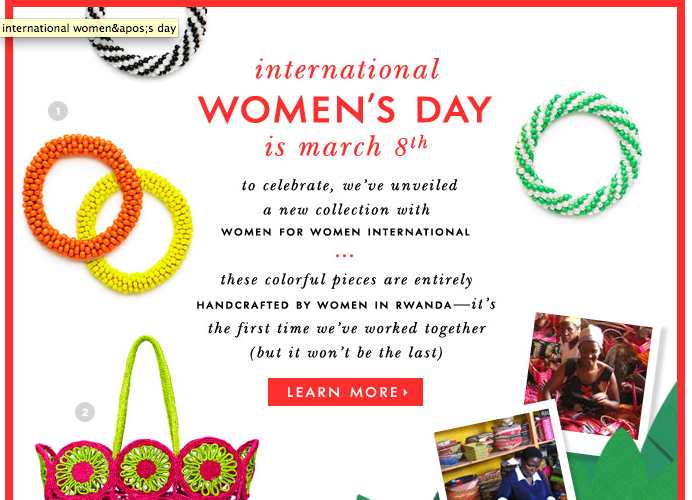 What do you guys think about this ad? On the one hand, it seems all do-goodery and a good strategy.  On the other, it seems kind of exploitative since it’s so trendy right now to buy jewelry and crafts made in the third world.  On the third hand, no other store even sent me something similar, which means North American chains don’t know enough about IWD to capitalize on it in marketing. Which is good. But also bad. I’m conflicted.

And if you’re dying of suspense wondering how Mr. B is planning to show his appreciation for the women in his life, yesterday he told me I could do anything I wanted to, including being a diplomat, but he also emphasized that if I wanted to follow my dreams, I could also be a stay-at-home wife that folded his laundry.  As a result, here is an update on the state of our laundry: 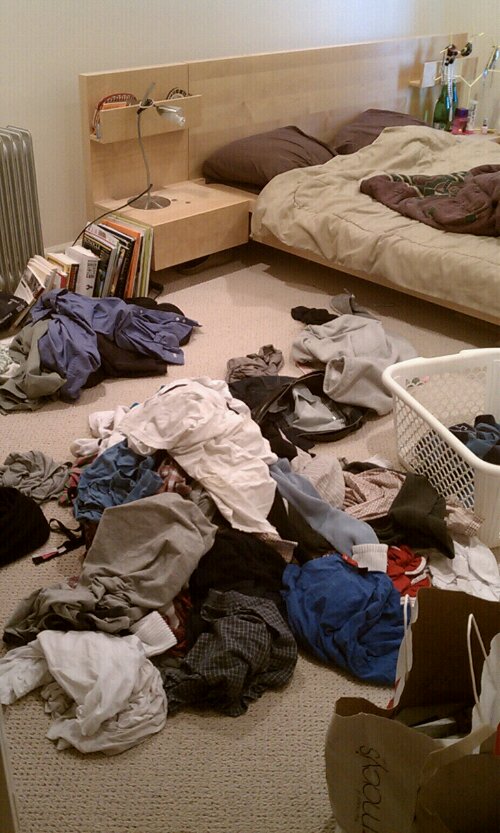