Take a trip with into nostalgia me to the vanished empire that is the Soviet Union of the 1970s. this movie is all about it. You can watch it on Netflix.

Or, if you’re lucky, it’s already been playing, like a memory you have of a time you never experienced, in your head for the last 24 years.

Watch Sergei, an 18-year-old student at Moscow State University, as he grows up in Moscow, and realize that this is the way your parents grew up. Marvel at the fact that someone took a piece of stencil paper and traced your father’s youth as he bought Western records on the black market, played the bass in a rock band, and chainsmoked in dimly-lit auditoriums, and then took that traced piece of paper and created a movie out of it.

Take a look at his clothes and at the clothes of his love interest, Lyuda (Ludmilla), and notice the hair up in a bun. The 70s scarf.  The Soviet propaganda billboard behind them.  Marvel at how familiar it all feels.

See Sergei stand in line for beer with one of his friends.  Understand the Soviet ocheredi (queues) and the shortages. Not only understand them, but feel them, because you were in them. 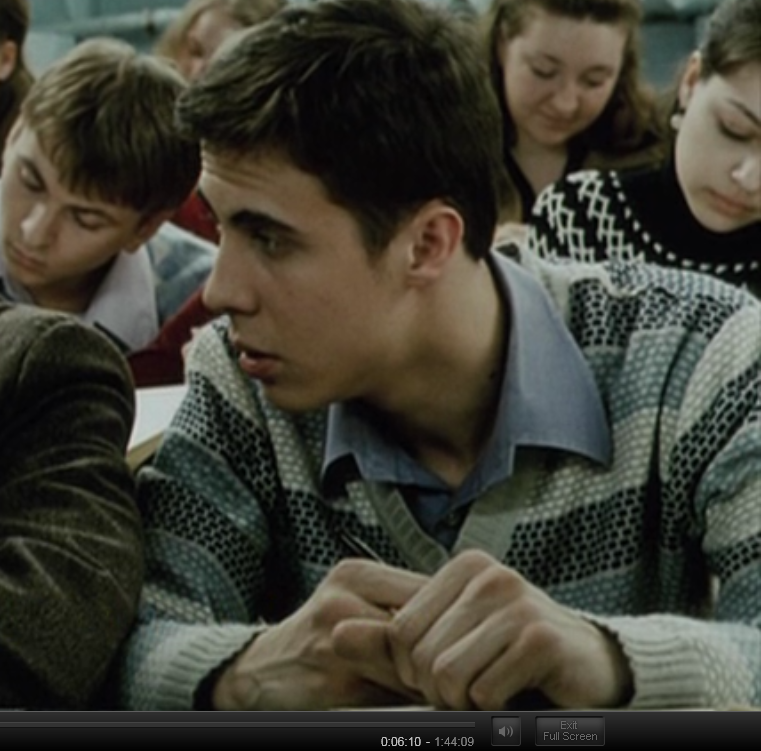 Look at the black and white photographs in Lyuda’s parents’ apartment. Understand the hair styles and the facial expressions.  Feel the hairstyle.  The wallpaper, oh God, the wallpaper. 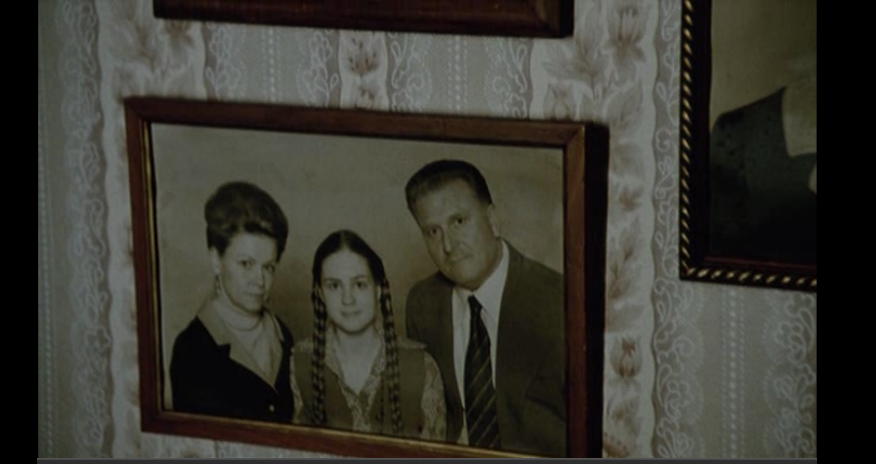 In fact, you had the same pictures taken when you were little, with the same Soviet toys.  The reason you are wearing a hat is because Russian girls are not allowed to go outside with their hair uncovered. They might catch a cold. 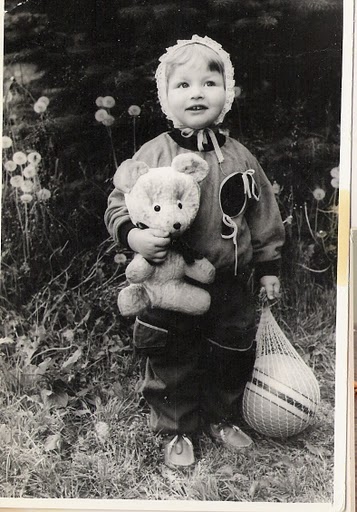 Look at your husband, age three. That shirt. That black and white camera film. 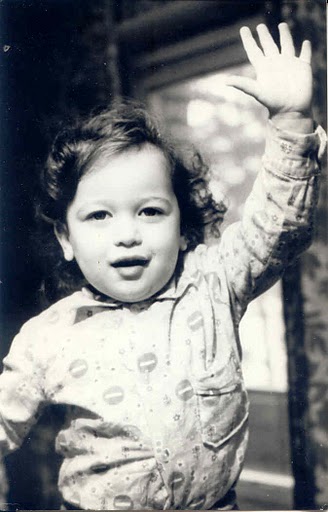 Look at the movie that Sergei and Lyuda go to see on a date. Ivan Vasilievich Menyaet Professiu (Ivan Vasilievich Changes Careers).  You watched this movie yesterday. And four months ago. And last year.  You watch all the Soviet movies.  Nothing in Russia changes, because these movies, these beautiful funny movies that were created 30 years ago, are still being shown and parodied in comedy sketches today. 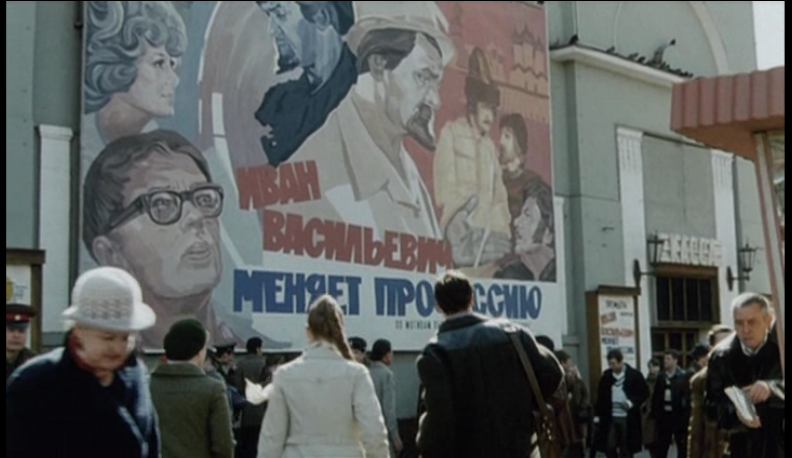 Look at Lyuda’s parents’ apartment.  The stenka (wall unit.) Oh God, stenka.  Everyone had a wall unit.  Everyone has a wall unit here.  The stenka is the dream of all immigrants. You can put all of your books in it.  Having a lot of books is important because it means your family is educated. The books all have thick leather bindings and there are American titles translated into Russian, as well as Bulgakov and Tolstoy. 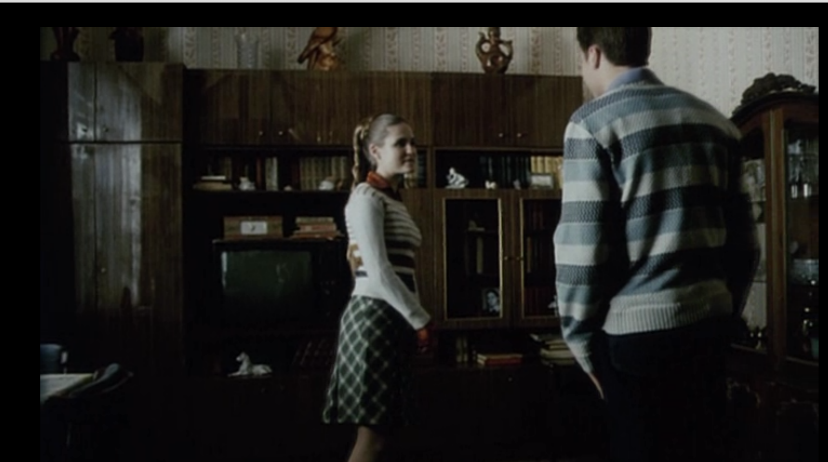 Watch in disbelief as the movie systematically matches everything you understand about where you came from and how you perceive it.  Cry because it is such a beautiful movie, about the vanished empire, but not just about that. About love, about how life works out differently than we expect it to. 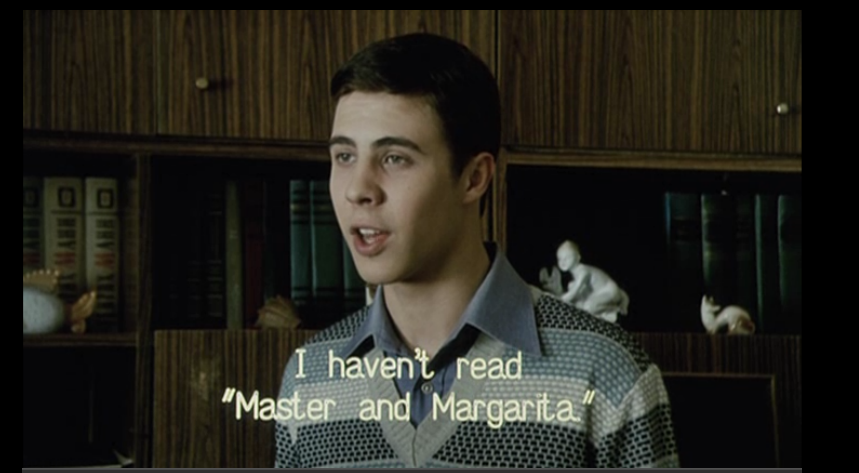