Lists are stupid. But now that I’m on one…nah, still stupid.

Updated to include a VERY CUTE EXPLANATION of Twitter for those who don’t use it.

The bad news: The execution of this list is so bad I don’t even know where to start.  Luckily, CK and Harry did, and they covered most of my complaints, including the fact that in order to pick influential people you have to know the Twitter community as opposed to just running statistics through Twitalyzer.  Actually, some people in the comments explain why they nominated me which is pretty nice.  But:

I’m listed as “blogger, writer, and newswire.”  What the hell does that even mean? Newswire?  Yes. I report ALL the latest breaking Jewish news on Twitter: 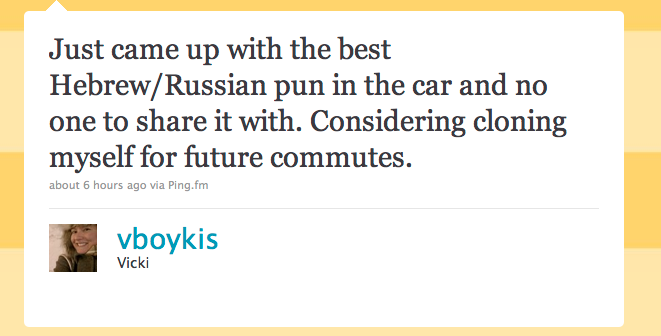 So this list basically gives me no incentive to follow anyone on it, because what do I care that someone is a blogger? Tell me a little bit about them and WHY they’re important to the Jewish community on Twitter. You could even do it in 140 characters. I’m not just going to randomly click on 100 Twitter profiles listed.  I want to be able to cull through and see who says what, why, and why they’re important.

I mean, I know I am because I have really weighty thoughts on the future of the Jewish community in America: 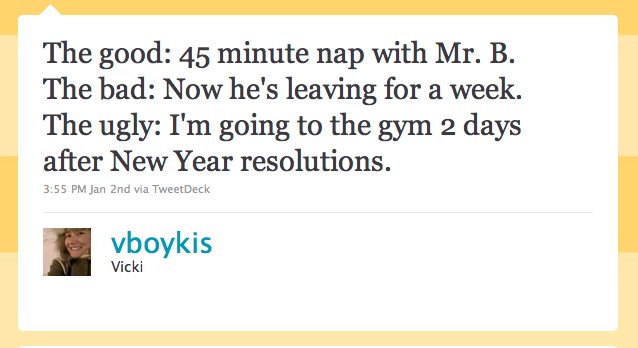 If you are  in search of Jewish insight on Twitter, I hope you are being influenced by my tweets.