During the first couple hours that Mr. B and I part ways on Sundays, I am extremely vulnerable to bawling. I don’t pick up the phone and I go do activities that minimize my contact with people I know so I don’t implode on them.  This weekend I happened to be in DC to run a mountain of errands including cleaning out as much of our apartment as we could, looking at new cars, getting Mr. B a haircut, shopping for a new cell phone for him, going to holiday parties, and other activities that almost make me feel like I’m married again.

It was a pretty refreshing weekend (if so extremely busy that we didn’t have time to see anyone) that gave me an enormous break from Philadelphia, because there are very few places in the world where you will see things like this this: 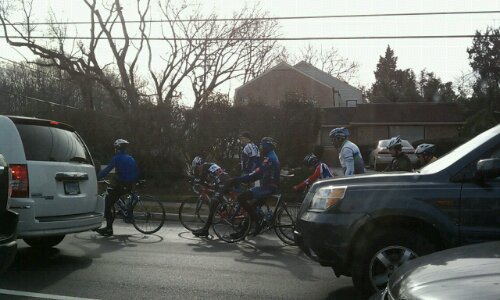 Even so, leaving the glittering lights of Georgetown and the Kennedy Center behind me on the George Washington Parkway at 4:30 PM when it’s already starting to get dark was the bleakest part of my week. So,  I turned on the radio, hoping some interesting news story on NPR (maybe about cats on welfare or organic weaponry in Afghanistan) would divert my attention.

Instead, I get this.

Oh, JESUS CHRIST.  Yes, I would please like to listen to how this woman lost her husband to Alzheimer’s and how he became weaker and weaker and how her Buddhism sustained her by teaching her compassion.  And yet, I couldn’t turn away from the station.  I was riveted, even through the part where she talked about the Doorway Moments, during the last part of his life when she knew that anytime she walked into a room, he could be DEAD.  So she would compose herself every time she touched the doorknob of a room where he was located before entering so she could be ready for the possibility of death.  “And it’s not as morbid as it sounds.  It was very calming.”  ohmygod.

That’s when I turned off the radio and took my own life right there in the car by driving into the Potomac.

I turned on my iPod and listened to the Banana Boat Song five times in a row.  And that cheered me right up.  Because, it might be about economic injustice and oppression (not to mention tarantulas!), but goddamnit it’s catchy. And I don’t even eat bananas.