Save Me, I’ve become One of the Bluetooth People

I have become one of Those People.  The Bluetooth people. 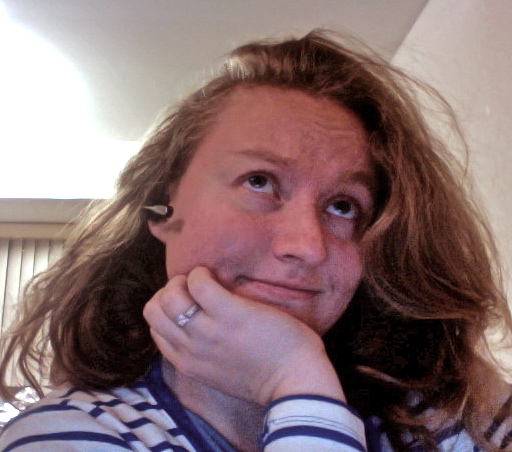 Pennsylvania’s driving laws have become so Draconian that they now require you to have a headset while you’re driving and using the cell phone.  Although this rule has been in enforcement in the free world (aka Israel) since the beginning of time or approximately 2000, whichever happened first, it was only a couple years ago that New York became the first state to start this insanity here.

If I want to kill myself driving my car and texting three people at the same time while trying to change the music on my iPod, that’s between me and Father Death, not the Nanny State.  But I finally succumbed to reason (only one letter away from treason according to Stephen Colbert) and got a Bluetooth headset.

And, wouldn’t you know it?  It’s really, really convenient AND surprisingly safe (except for the radiation that is destroying my brain as we speak, of course).  Since I call my mom every day on my drive back from work, followed by a quick call to Mr. B, I am on the phone pretty much my whole drive home.  Now, I don’t have to practice contortions of physics to make sure they hear me on speakerphone AND I feel like an asshole businessperson.

Sometimes when I’m done with one conversation but haven’t called anyone else yet, I’ll be like, “Margaret, cancel my 10:00, damnit! The stock value is plummeting and I need to pull the board together right away!” Or, “What the hell, Howard.  I told you to have those spreadsheets to me this morning, stat. How am I supposed to do valuations- with my bare hands?  The company’s at stake!”

Since I’ve been wearing the headset so much, I don’t even notice it anymore, and I accidentally left it in when I was going to the gym yesterday (after 25 minutes of phone calls with my dad about my latest car issue), resulting in this syndrome (warning: extremely NSFW language. But nothing you wouldn’t have heard at SKRUG.)

I’m pretty sure everyone in the gym looked at me and that’s when I realized it. I’ve finally become a bigger jerk than 90% of the people in SKRUG.