The Princess and the Frog. FINALLY. 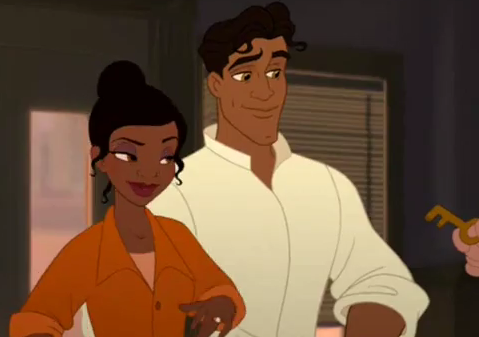 A fairytale: Me and Mr. B getting approved for a 4% interest rate mortgage and closing on a house.  And living. TOGETHER.

Guess what? I finally saw The Princess and the Frog back when men were men, women were women, and my commute was 25 minutes on the Metro.   I’ve written about it earlier but didn’t have a chance to review.

Let’s start with a clip from Dr. Facilier, shall we?

I’m a Disney kid and I’ve been raised on Disney, so it’s only natural that I had high expectations and hope for a continuation of the company’s early 1990s Golden Age.  Even as I was enjoying the movie, I was mentally comparing to other cartoons, and maybe that’s something I wouldn’t have done if I were younger.

I love everything about this movie and the people that say it is racist, sexist, Randy Newmanist, and lame can go suck it in the bayou.  Let’s break down what it teaches:

Anyway, I thought this movie was awesome. Not like Beauty and the Beast awesome, but a solid 7.  I am relistening to all the music as we speak.