If you were National Public Radio’s MIchele Norris (emphasis mine) and Steve Inskeep, what would you think about crazy psycho girl in the audience taking pictures of you on a rainy Thursday night in the Philadelphia Free Library as you had a conversation about race and your new book? Would you be scared to know that aforementioned psycho girl had taken a tour of NPR headquarters in DC the previous week? 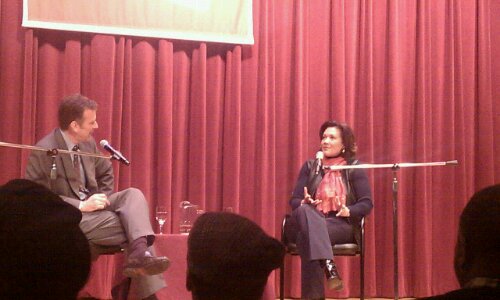 If you were a library patron in the Philadelphia Free Library, Vine Street Branch on a rainy Thursday night in October, what would you think about crazy psycho girl in the asiles taking picture of your pretty library and your funny transliterated Russian books ? 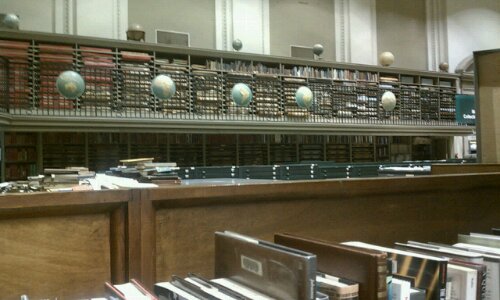 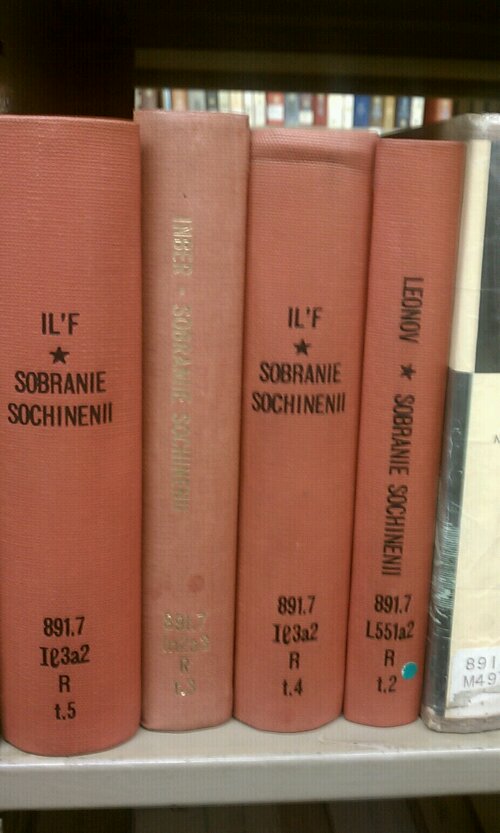 If you were a mother-in-law, what would you think after calling crazy psycho daughter-in-law to find out why she wasn’t home at 7:30 on a Thursday night and, instead of imagining her stuck on the side of I-95 North with a flat tire, you were relieved (?) to find out that she was attending a conversation about race with people from NPR?