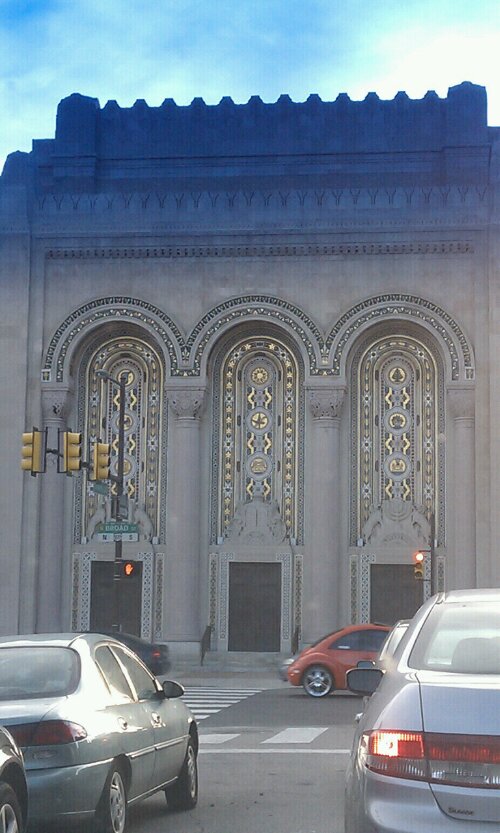 It’s a synagogue! And not just any synagogue, one of the only ones in the United States that retains a Byzantine-Moorish style and is the oldest synagogue in the Western Hemisphere. ALSO included:

From its founding, Rodeph Shalom was determined not to exclude members based on financial circumstances. Additionally, in 1829, a rule about intermarriage was established: “Members who married non-Jews would not be expelled as long as they raised their children as Jews.”

Must investigate. Now, to get inside!

Maybe you won’t be subject to posts lamenting how lacking culture Philly is, after all.