James Zogby Wins Me Over with his Lebanese Trickery and Charm

Remember back when I lived in the capital and everything was happy and shiny and government-subsidized elves polished my shoes every morning? Back in those days (12 days ago), I used to go to all sorts of international enterprises, like the Middle East Intitute, the Hillwood mansion, and all the embassies.  Also I used to live with Mr. B and had somebody to peel my oranges. Those were the days.

I was happy to learn that end of the universe -I mean Philly -has a little bit of an international scene as well, although, obviously not good enough for me to stop white whining about it.

Last night, I went to see James Zogby speak about Arab-American and Middle Eastern perceptions of America at the World Affairs Council of Philadelphia, located in a very snazzy building with a view of City Hall. 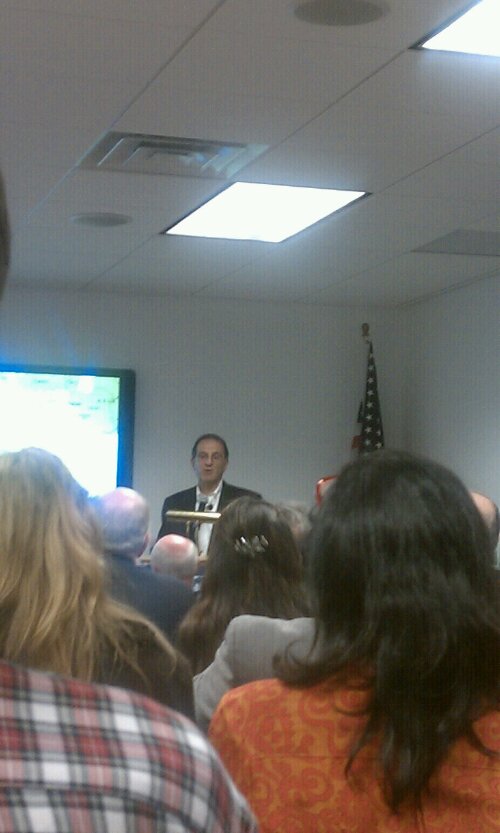 He spoke about how bad our American media and our education system is at informing us about the world around us, which is what his new book is about. He started the lecture by asking people to buy his book and maybe stick around for the lecture, because, after all, he was descended from Lebanese merchants, and he had a book to sell.  This immediately appealed to my Jewish entrepreneurial instincts.

He then talked at length about how misunderstanding between the Middle East and the US occur, a topic I’ve been exploring on my own for quite some time. Zogby’s points  were all ones I’d heard before, but he’s such a great and involved speaker that he wrapped everything up into a neat little package:

The talk was great and really captivating. The best part is that Zogby uses polling to back up his assertions, which a woman of statistics like me can agree with. I had to sneak out early so I wouldn’t get mugged going to my car-I mean could get home in time to dinner-Skype with Mr. B-, but the talk left me happy with vestiges of the D.C. scene I used to know.

Edited: P.S. there is huge money to be made in polling the Middle East. If you know Arabic, you have a job for the next 5-10 years. Then you’ll need to learn Mandarin. And then Portuguese.