The City that Doesn’t Sleep, but sure as hell sweats a lot 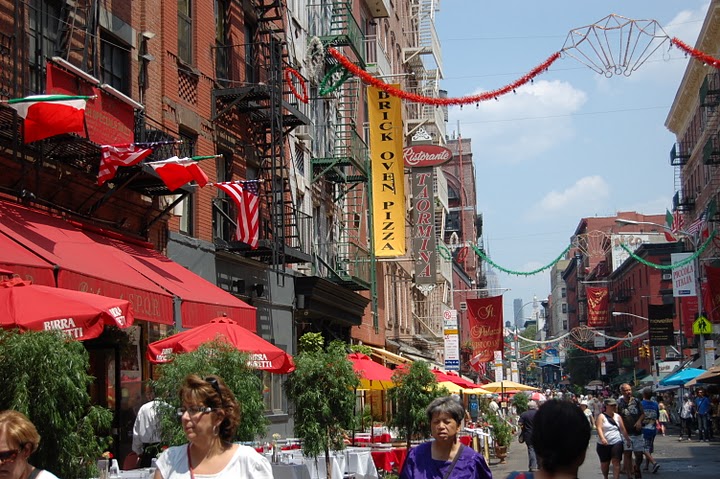 The city is gritty, dark, and hard.
The subways rumble on and on.
The rats scurry as the people overflow
Onto the station and up to the neon show.

Outsiders look up, locals look straight.
The hawkers haggle, the hookers wait.
The traffic rushes scornful of the streets
Marred and littered with a million moving feet.

And yet the congregations grow.
Worldly masses turn and flow
To money as Muslims do to Mecca.
And pilgrims walk amidst the glimpses of gods in Tribeca.

Because we don’t do enough traveling on weekends between various family members, some moron decided it would be a good idea to go to the City for the weekend. It seemed like a good idea at the time. Also, to enhance our “authentic and educational New York experience,” some moron decided to book our “hotel” not at an actual hotel, but through airbnb.com, in which people rent out their apartments/homes by the night.

New York is huge and overwhelming and disgusting in mid-July.

As soon as we got off the bus at Penn Station, the humidity began to drip over us like a wool blanket and, as we descended to the subway, it felt like we were in a burlap sack that was at the bottom of an ocean. We got off around Spring Street, in SoHo, where the apartment we were staying at was. But, because of miscommunication, we found out we wouldn’t be able to get into it for another four hours, so we walked around with a backpack and purse-full of crap for three hours until we could get in. 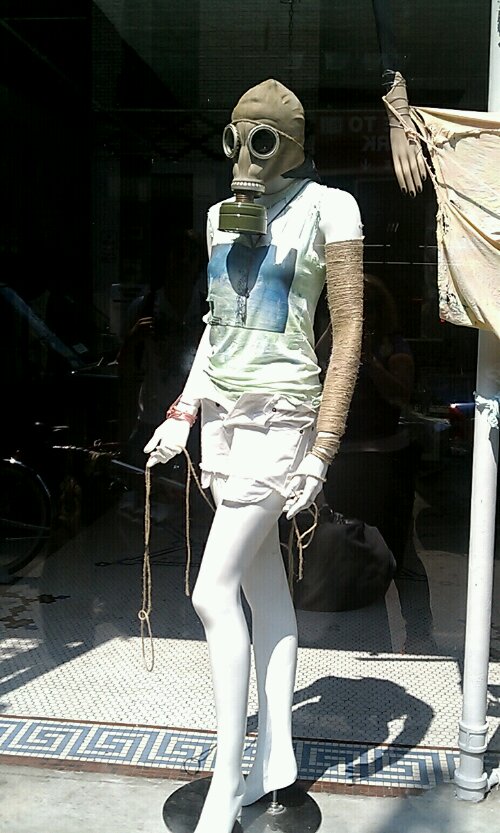 Walking around Chinatown, much more vibrant than the ones in Philadelphia, DC, or even San Francisco, we sweated through a maze of unknown tubers and roots and went back through Little Italy to get to the subway to go to Central Park to cool down. Pinkberry was my only solace. 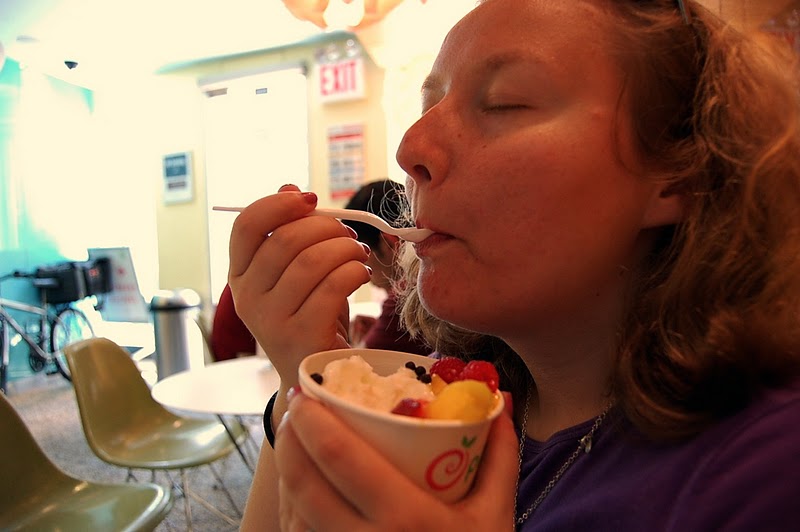 In fact, looking at it again, I want some right now. 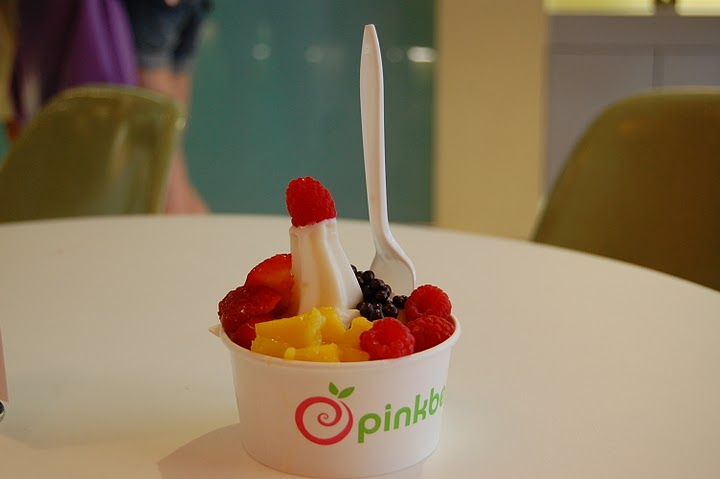 We swam through the thick air to the Frick Collection and concluded that it should instead be called “Dead White Guys Balling Out of Control” collection, because, honestly, if you have Renoir AND Monet AND Vermeer, you have too much money and spare time. 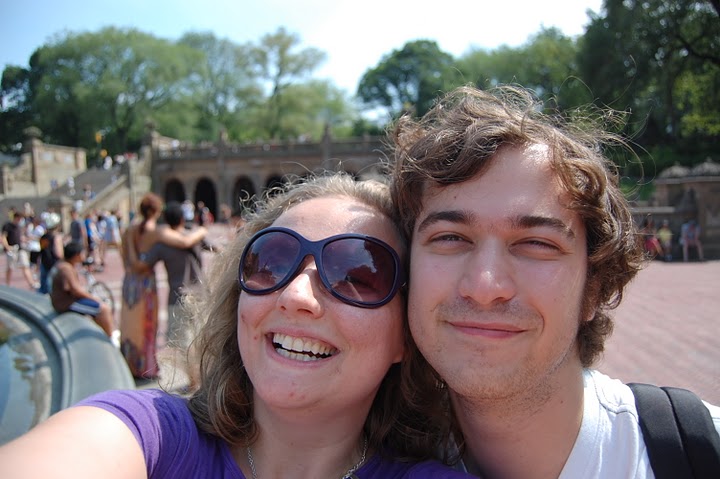 We made our way to Central Park, hoping it would be a bit cooler, but the feeling of being in a concrete burlap sack only intensified. Mr. B’s spirits wavered. My spirits evaporated, even though I did get to see Mr. Andersen. 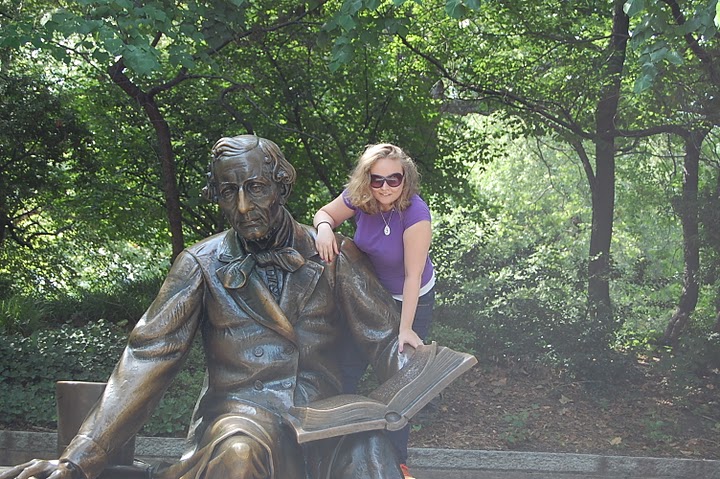 Finally, finally, we got to the apartment, dripping, and relieved.  And it was only then that I realized how small New York apartments were.  There was no room for anything other than our backpack, so I was glad we packed extra-light. 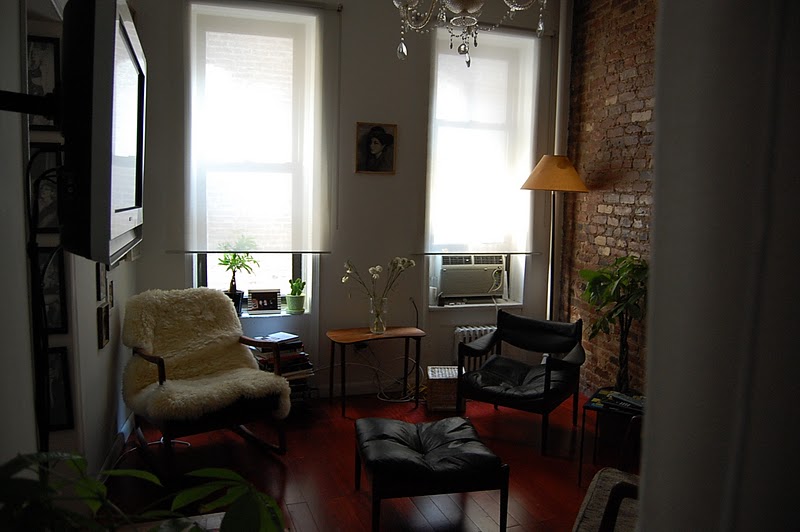 New Yorkers: How do you do it? How do you fit it all into 5 square meters and manage to make it look chic and stylish? And without central AC?

By the way, I slept in one of the drawers in the dresser, where, out of the direct sunlight, it was at least 5 degrees cooler. 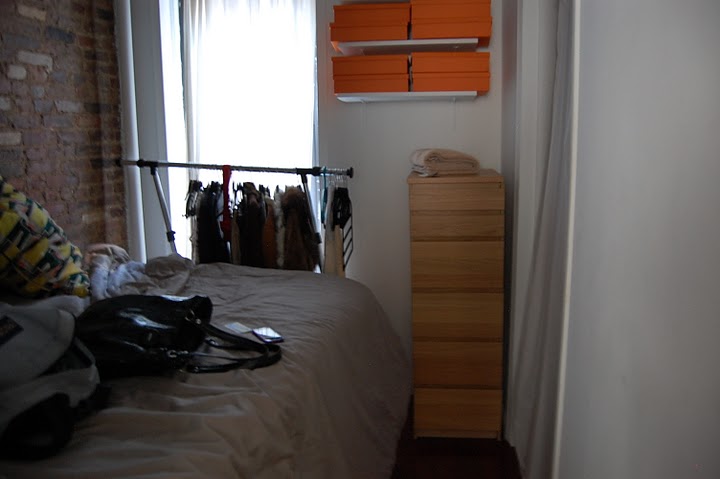 After meeting up for dinner in  Park Slope with friends,  we collapsed and steadily sweated all through the night with the Mighty Little AC unit that could chugging away frantically in the living room. Needless to say, the next day,  we were happy to be on the bus home and almost cried with joy when we came back to leafy, green Arlington- a stone’s throw away from the Pentagon and downtown, but yet extremely residential.

If the above sounds like a post hating on New York, it is.  I was extremely excited to go, to take in the culture, the nightlife, the Jew-ness, and everything else that I can’t get from D.C.

New York is amazing.  It has everything anyone is looking for and, even though I had no specific itinerary, everywhere we went, there was something happening that we could stop, watch, and be entertained by.  it has amazing food of such quality and variety that it’s impossible not to want a second stomach just for a day or two.  I will definitely be back in New York sooner or later.  The city is especially good to take in on crisp, fall days.

But for me, a sometimes-introvert who needs time to recharge after being in social environments, New York is has me constantly “on” and is exhausting in a way that my beloved D.C. is not.  New York is bright lights and concrete, and D.C. is stately monuments and the lazy, polluted-as-hell Potomac gliding by.

Obviously, it’s not just me, because there are hundreds upon hundreds of threads of which city is better, and it obviously depends on who you are and what you need.   For me personally, what I need is to be in a European-type city with a diplomatic focus and a pace of life that’s a little less crazy.