In which I run my first 5k 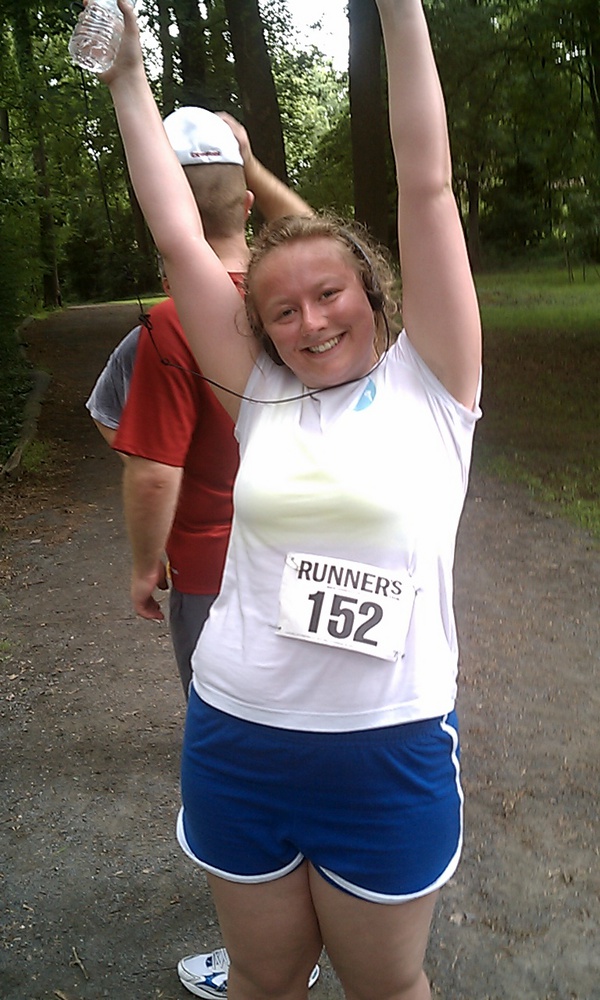 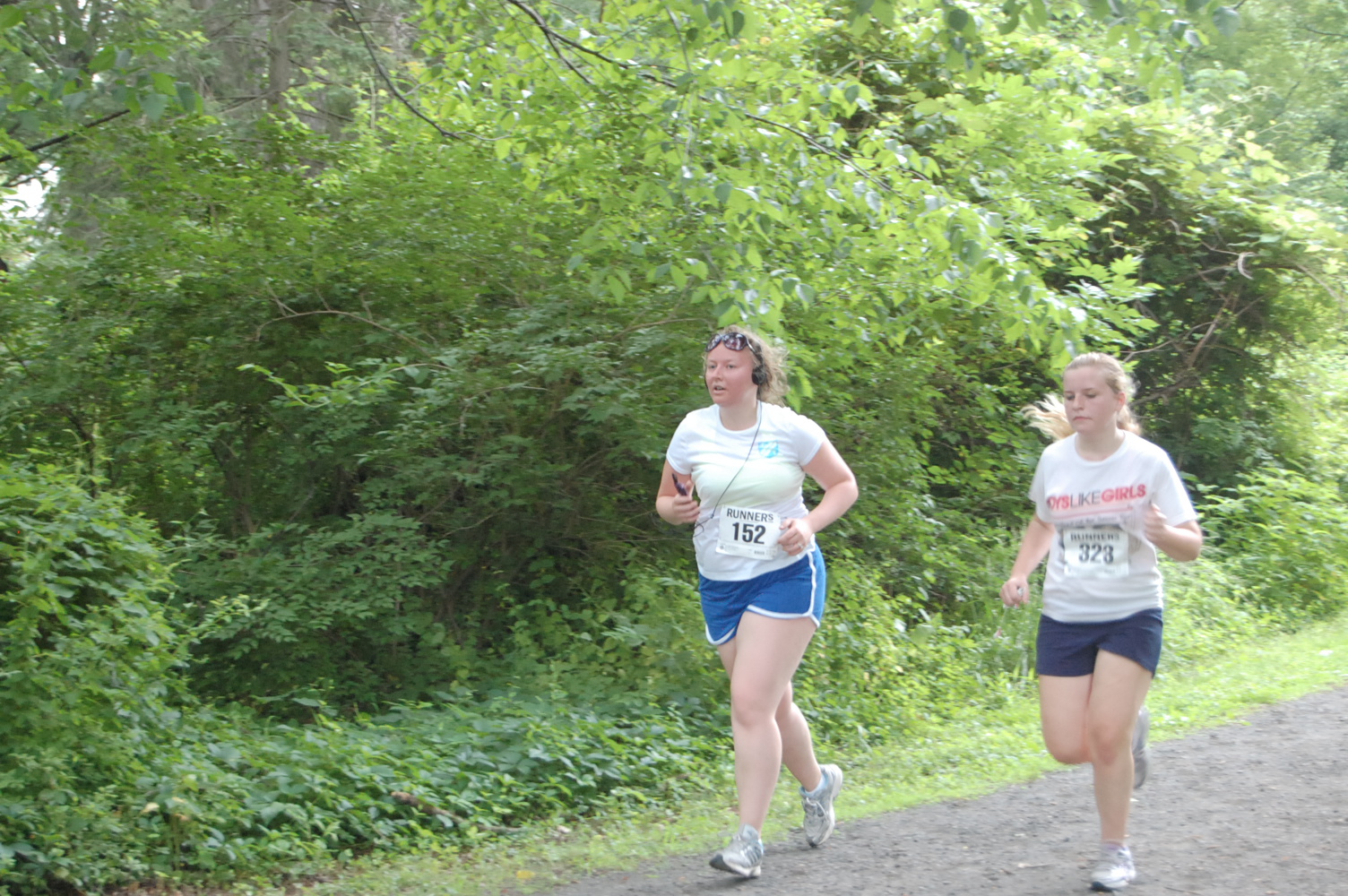 This is what I used to think about running when I was smaller and pudgy and not aerodynamic at all.  I hated running around the track in high school-I was always last and the breath would come hot, fast, and sharp at the back of my throat as I struggled to finish a mile while my friends were already chatting it up at the finish line.  I hated them, but more importantly, I hated myself.  I was rotund, unathletic, and that was another world.

What I hated most was when my parents made me run.  Concerned for my health, they would tackle the issue by coming into my room on Saturday mornings and physically pull me off the bed as I cried that I didn’t want to go.

I hated running all the way until college, when I decided to try it on my own terms, without the constant nagging from a number of sources.  I started cautiously on the treadmill, walking for ten minutes.  In five months, I was running two miles at a time.  In a year, I was running three miles outside on campus. 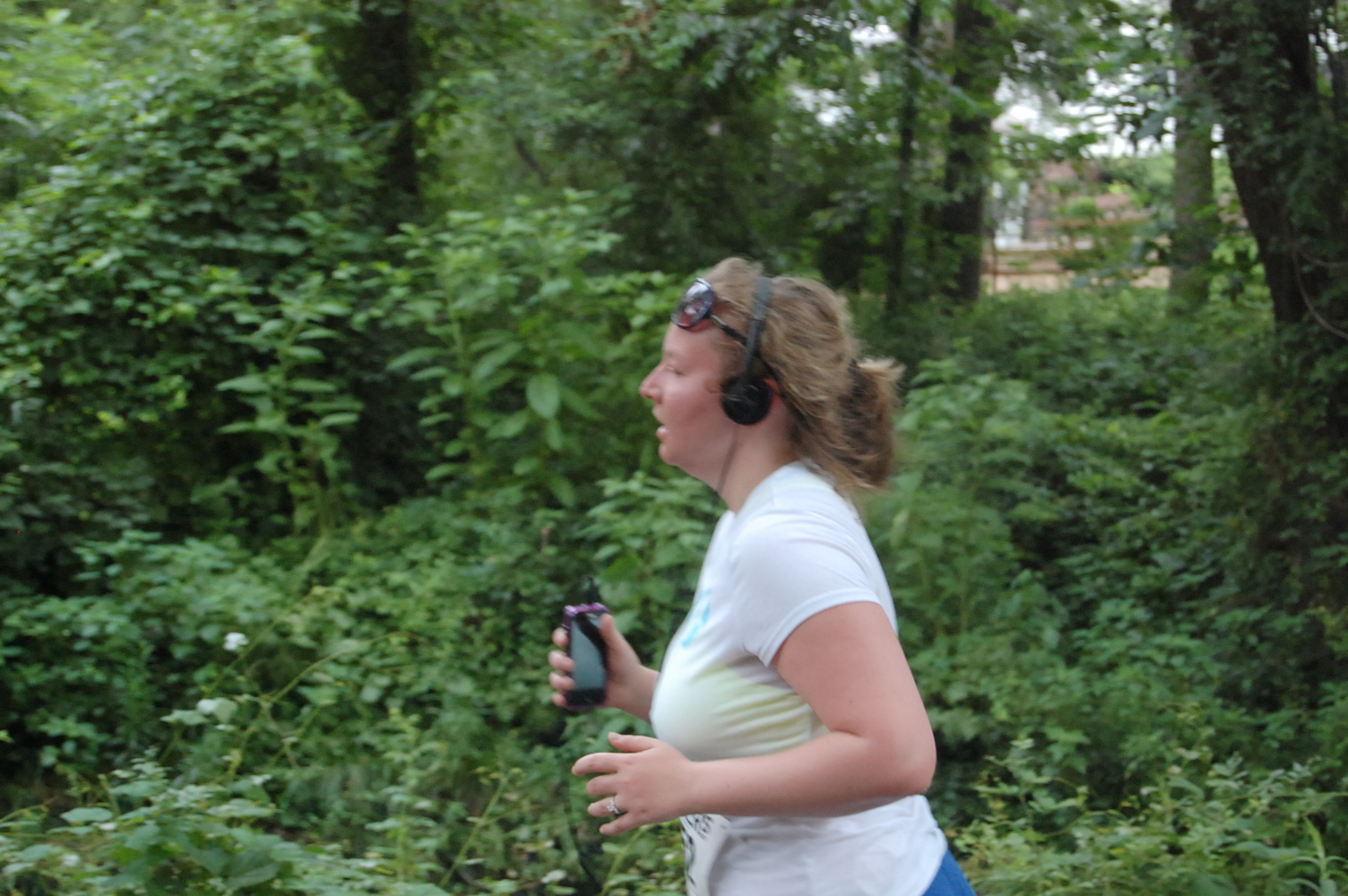 Then, I got married I became zaftig and happy with Mr. B.

Then, I decided I was tired of feeling like there was one more thing I couldn’t control in my life, and I started running again, and again on my own terms.  I started extremely slowly and I knew it would hurt like hell.   And it did.  It wasn’t glamorous and it wasn’t fun.  The only thing that kept me sane was Cardio Trainer (who are definitely not sponsoring this post), which is basically an application I use on my phone and it tracks down to the foot how far you’ve gone, how fast you’re going, and how many calories you’re burning.  And it talks to you in a nice British accent as you run.  Because I am anal-retentive, I really appreciate the fine level of detail and it’s the only thing that pushed me through a run, aside from my music.

So, after a couple of weeks of trying and pushing and crying myself, I started to feel better. And started pushing myself harder.  And, as a reward, got myself new orange sneakers.  After that, I kept going. 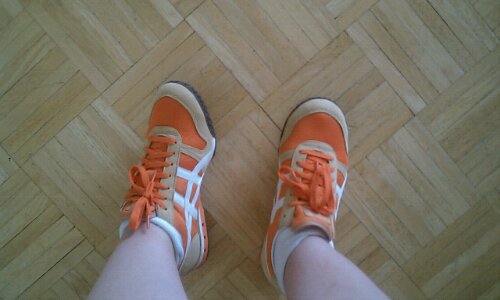 And then my friend for forever Mer, who is crazy in her own way because she just ran a marathon, encouraged me to do a 5k.  So I signed up.  And I ran it.  And it was amazing.  It was lots of fun, despite the fact that it made me want to throw up and give up.

I didn’t finish with a great time.  But I finished, and that’s the most important thing.

The first mile, I thought I would die, because it was uphill and it was already starting to get muggy and everyone was passing me and I was afraid I’d come in last.  The second mile was easier, but little kids passed me.   The third mile was hell.  But in between the moments of hell, I saw that I was running in a forest, and I realized that I was lucky enough to be able to use my body to run, in a forest, during the summer, and I felt good to be alive.  Then I continued to curse my existence. 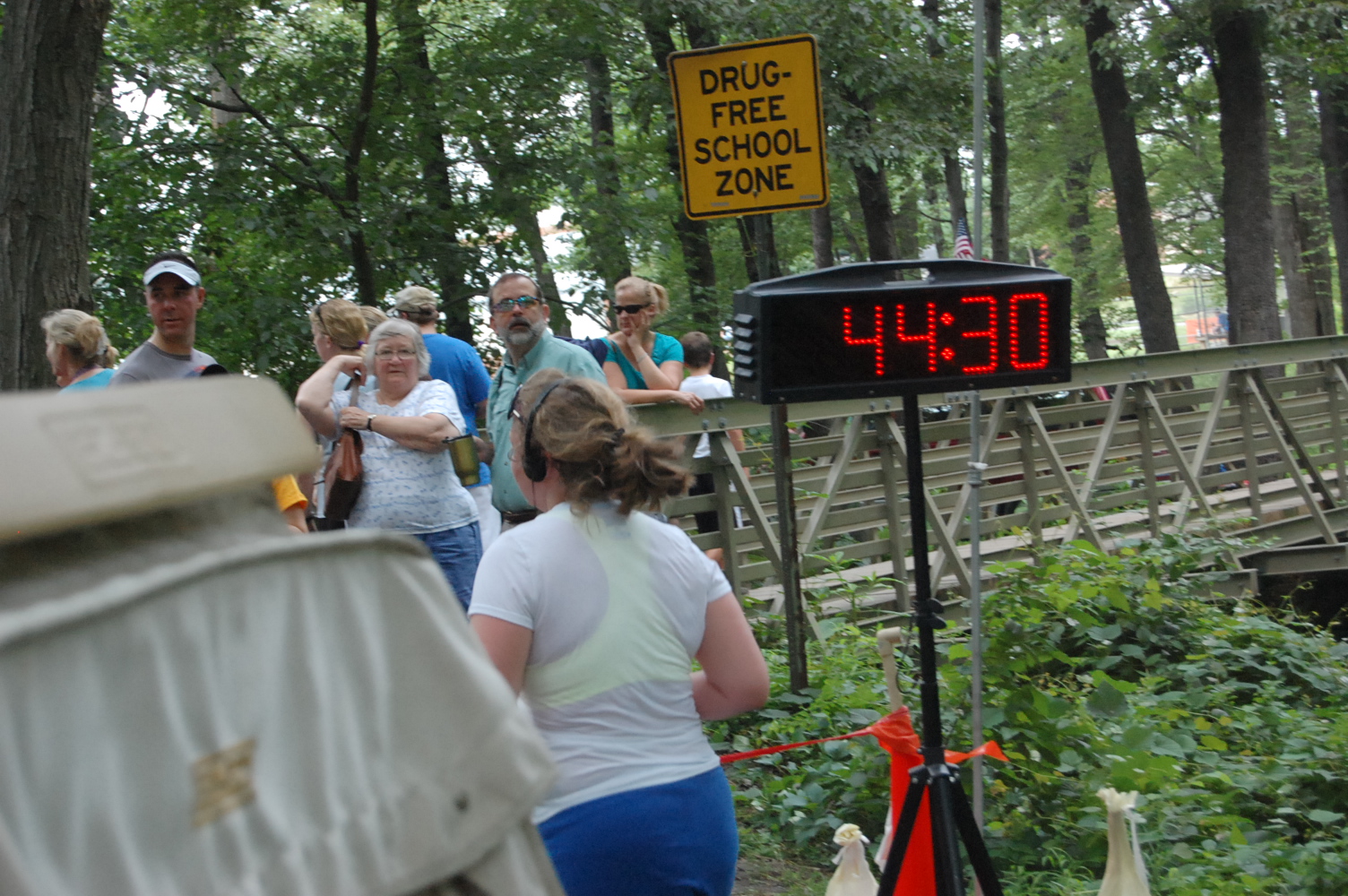 Although a man with two children in a stroller and a woman who was 6 months pregnant finished ahead of me.  But it’s ok.

So, what’s my point?  Nothing, other than the fact that people can never make you do something until you take control of it yourself, and that anyone can run.  It’s not a cure-all for weight loss-I haven’t lost a significant amount of weight and am still pretty terrible at running when compared to other people-but it is a really great confidence-booster and good for setting goals.  I’m already planning another one for July 4.