How to Re-Establish a Vodka Empire, plus Afghanistan

Mr. B and I were watching Afghan Star last night, which is about as sad and as inspiring as it sounds.  You should check it out.

One of the things we noticed is that, in the beginning of the documentary, about 30 people would crowd around a TV set to watch the competition, like so: 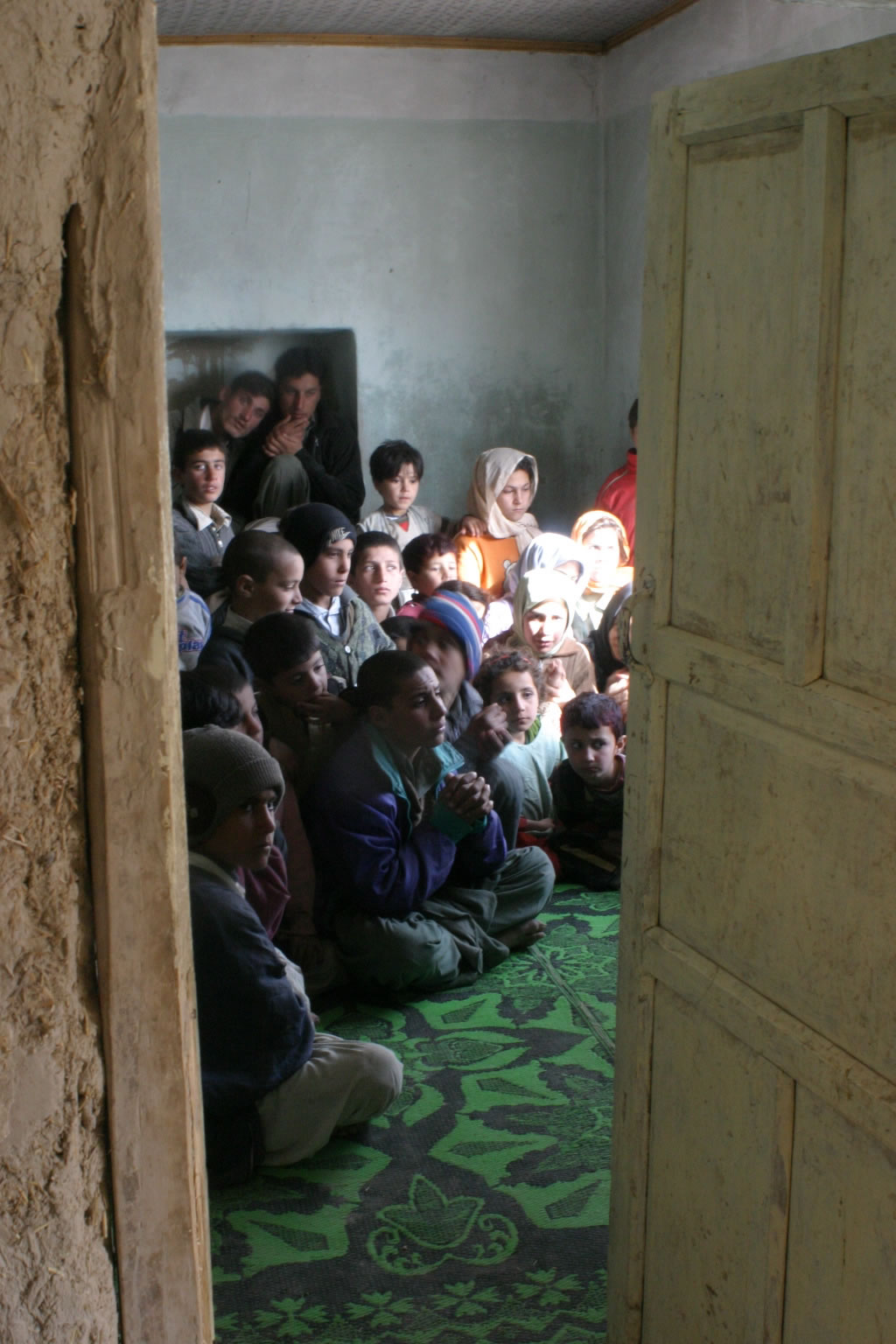 And Mr. B said, “I remember my dad telling me how they were one of three families in their town that had a TV and everyone would gather around to watch,” and I remembered my mom telling me the same thing, except that it wasn’t her family that had the TV but a friend’s and she and the neighborhood kids would run over and watch the one channel that was available in the Soviet Union in the late 1960s. And then I remembered when my parents bought their first TV in 1989 and what a huge deal and joy it was for them to be able to watch nightly news in our apartment while I was safe asleep across the room from them, shielded from the glare of the TV by a closet door propped ajar.  And Mr. B and I understood those kids in Afghanistan very well.

I whined to Mr. B, “I don’t want our kids to grow up thinking that having a TV is normal.  I want them to understand where we came from and not think of ‘back in the old country’ as quaint and far away.  I don’t want them to be spoiled. I want them to be able to understand Afghan Star on more level than one, to be able to empathize beyond simply understanding that those kids are poor. ”   But it’s going to be tough raising kids  that understand what living in the second world means. Especially if they’ve never been in a Russian public bathroom.  We’re going to try our hardest. Probably by exiling them to Russia until they are seven or so.

With this in mind, I’m always interested in how immigrants raise their kids, how immigrant kids like us behave, and, especially, how Russian kids that were born to immigrant parents conceptualize the world, which is why I was pretty excited when I got an email from Babelgum whose subject line was,

From the press release,

How To Re-Establish A Vodka Empire”, the latest of a series of projects which break the boundaries of traditional film distribution. The 24-part series charts the fascinating and often surreal odyssey of a young filmmaker, Dan Edelstyn, who heads to Ukraine to explore his ancestry. Finding out his great-grandfather once owned the town’s now nearly bankrupt vodka distillery, the filmmaker decides to use his wits and wherewithal to not only revive the business by launching a new vodka brand named after his ancestors, but the fortunes of the small, financially put-upon town from which his family grew.

The second episode is especially interesting because it goes through the Edelstyn family history during the Russian Revolution with pictures much like the ones I often see in our family albums.  What strikes me most is how much Edelstyn feels the need to connect back to his family roots, even though many generations have passed since anyone in his family has been from Russia.  What is also interesting is that he somehow becomes crazily convinced that he needs to re-open his family’s vodka factory and bring the small village he’s from into the 21st century.

Another interesting fact is that, in the letters he discovered in his attic that led him to start this search, it is revealed that his grandmother converted to Catholicism as a result of sympathy for the Irish cause when the family immigrated to Belfast.  That’s just part of the story he weaves, which includes Italy and Odessa.

Although Edelstyn romantic and extremely naive when dealing with Eastern Europe, that’s part of the charm of the project.  And, you have to give him lots of credit.  Many people (and organizations such as the UN, Amnesty, blah, blah, blah) talk about boosting the economies and living conditions of the former Soviet Union countries, but few do it at a level that actually impacts people directly.

I can’t wait to watch more episodes and see how this turns out for him. After all, his production company is called Optimistic Productions.