Our Vacation in the State Where You Never Find a Dance Floor Empty: Part 1

This is the first part in a two-ish-part series describing our vacation in California last week.  Suggested listening as you read. 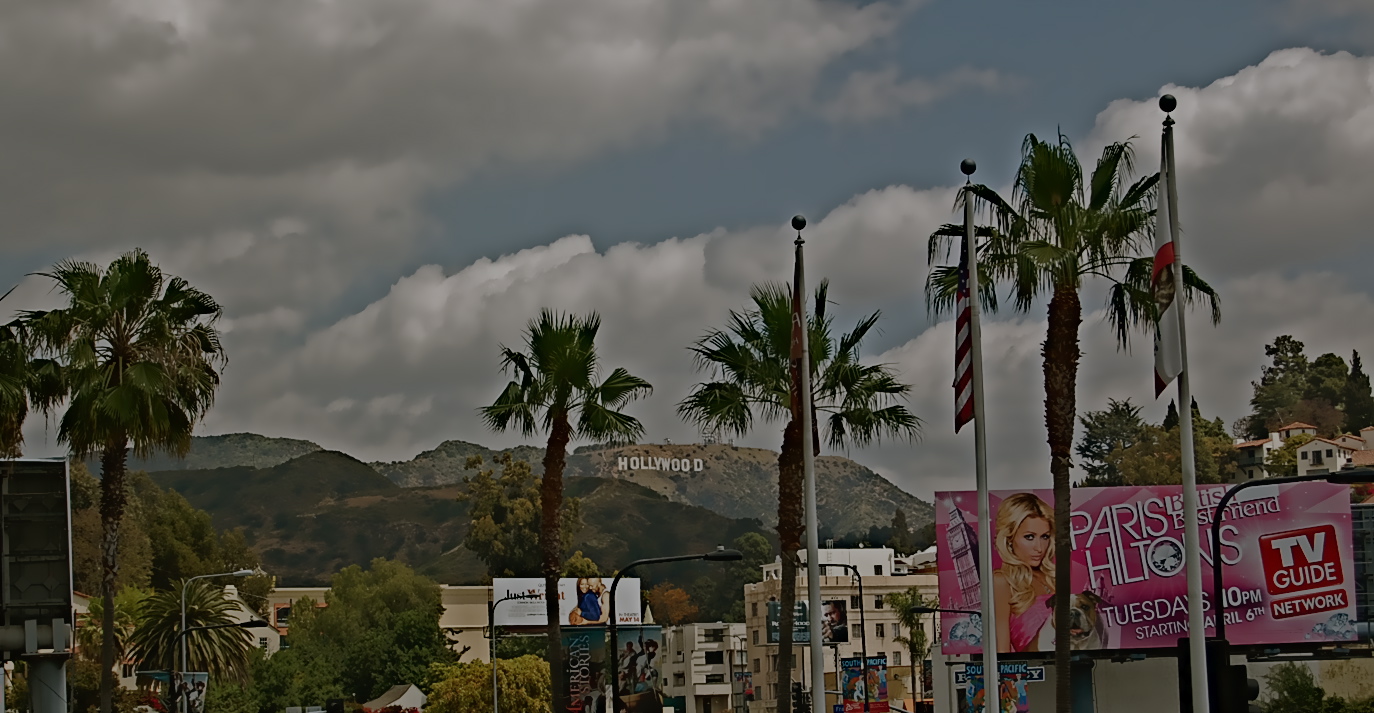 “California is a queer place in a way, it has turned its back on the world, and looks into the void Pacific. It is absolutely selfish, very empty, but not false, and at least, not full of false effort.” – D.H. Lawrence

Having failed at figuring out a good time to go to India, because, as Shefaly pointed out to me, only dogs and Englishmen go out in 115 degree Fahrenheit summer Delhi heat, Mr. B and I downgraded to California because I’ve only ever been to San Diego and Palm Springs, and that was when I was fifteen and more concerned about finishing my AP summer English reading assignments than enjoying the Golden State.  Come to think of it, I don’t remember a single day from the ages of 10-21 when I wasn’t worried about having something due the next day.   My parents scared me good. 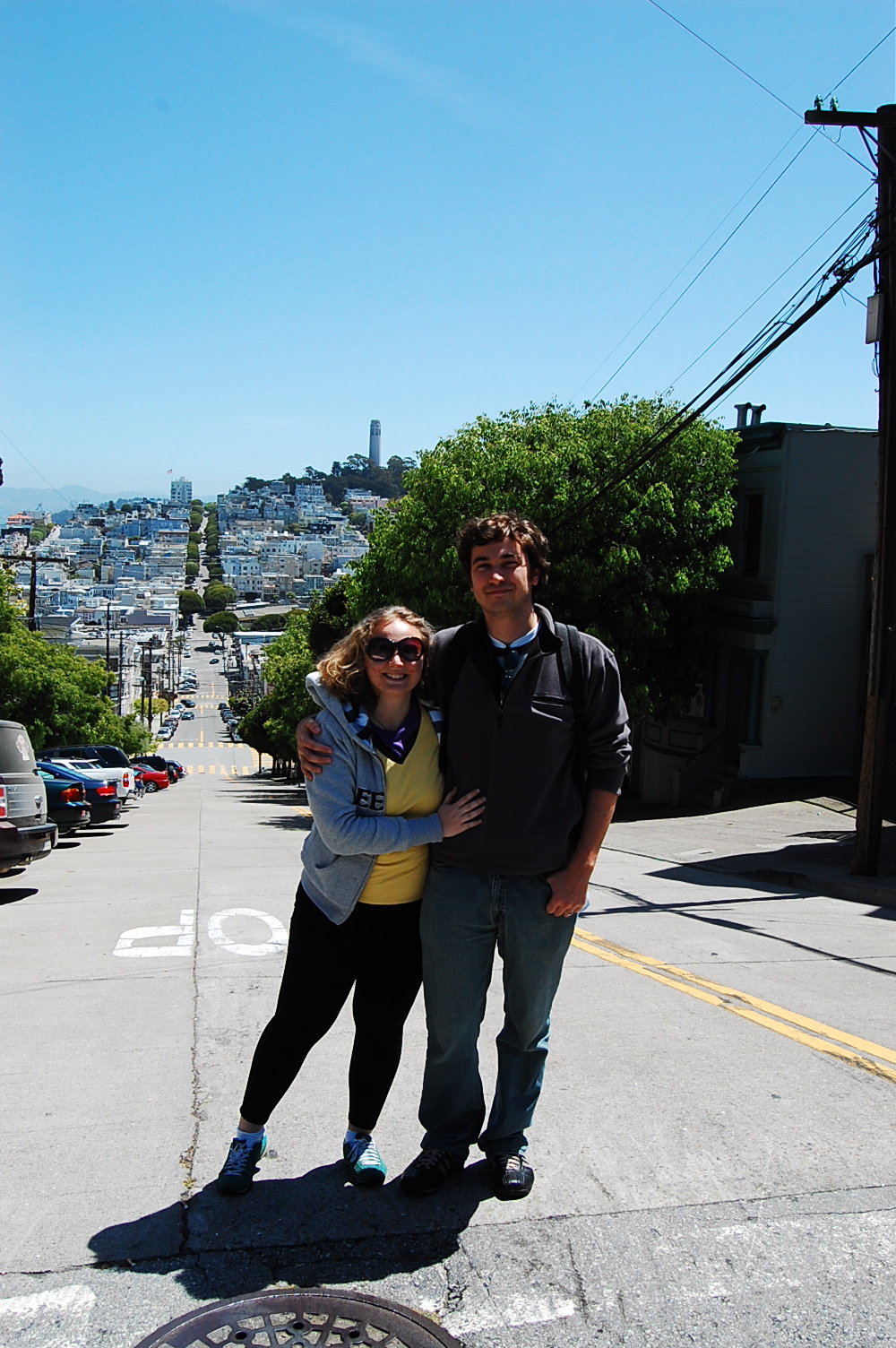 So we went to California with very few expectations and TONS of excitement.  We had big plans.  We spent two days in San Francisco then rented a car and drove down Highway 1 to Los Angeles and spent two days there, flying back to DC (and weeping big tears at having to leave Cali.)  California defied all of our expectations. It’s the kind of place that I thought didn’t exist in the United States-there can’t be so much natural beauty in a country that produces Jersey Shore.  But, I was wrong.  California converted me from an international travel snob to someone who will now look at the possibility of going to other states.  But I still have the India itch, so keeping my fingers crossed that we can go in December.

It was extremely cold and windy in San Francisco, but we started right away with a bike ride to the Golden Gate Bridge across the Bay.  San Franciscans are way too lucky.  Everything is gorgeous and their city is small and walkable, and there is tons to do outside.  Of course, there is the occasional earthquake, and, did I mention, it’s really cold?

We got to the bridge and the Civil War Museum underneath it in about four hours.  First, because I’m small and short and can’t cycle fast, and also, because the wind was sweeping me backwards.  Did I tell you how cold it was in San Francisco? Can you tell by the pictures how many layers I’m wearing?  It’s more than you think. 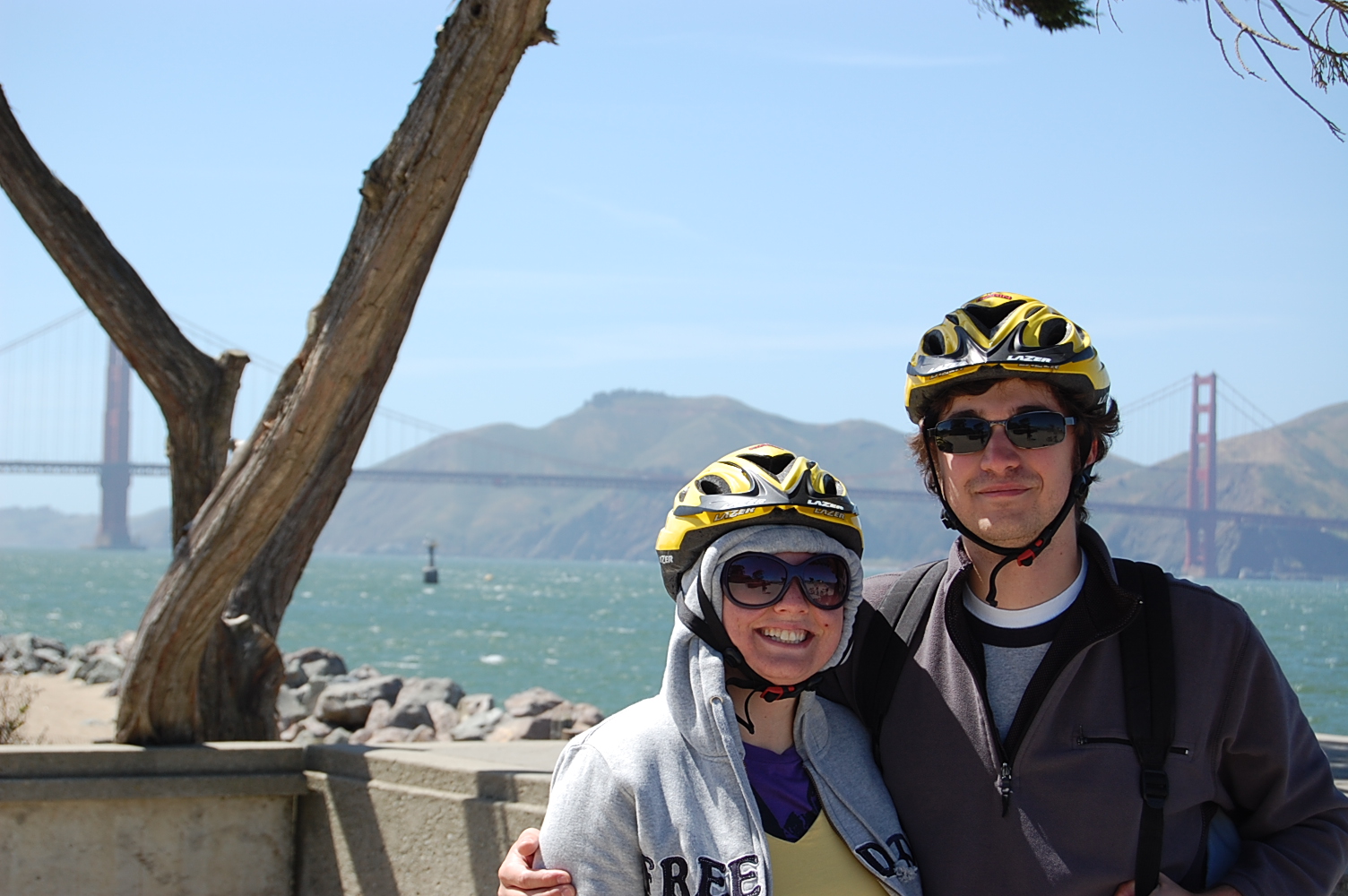 What I’m most amazed about with the bridge is how it was built.  Since it was crazy cold and windy in the 1930s, too, the workers that built it had to deal with really precarious conditions.  For instance, the divers that leveled the sea floor for the two places it’s actually in the ocean were constantly swept sideways by cross-currents and often had to come up quickly, risking “the bends” when they came up without acclimatizing to the pressure.  Then there were the workers who worked at the very top and risked falling into the ocean.  Every time I looked at the bridge, I was filled with awe over how much was done to complete it.

See how my tiny hands don’t even grasp the full scope of the bullet at the civil war museum?  I am a carney.  Also, note how I am wearing at least three layers of pants.  Does it ever become warm in San Francisco? 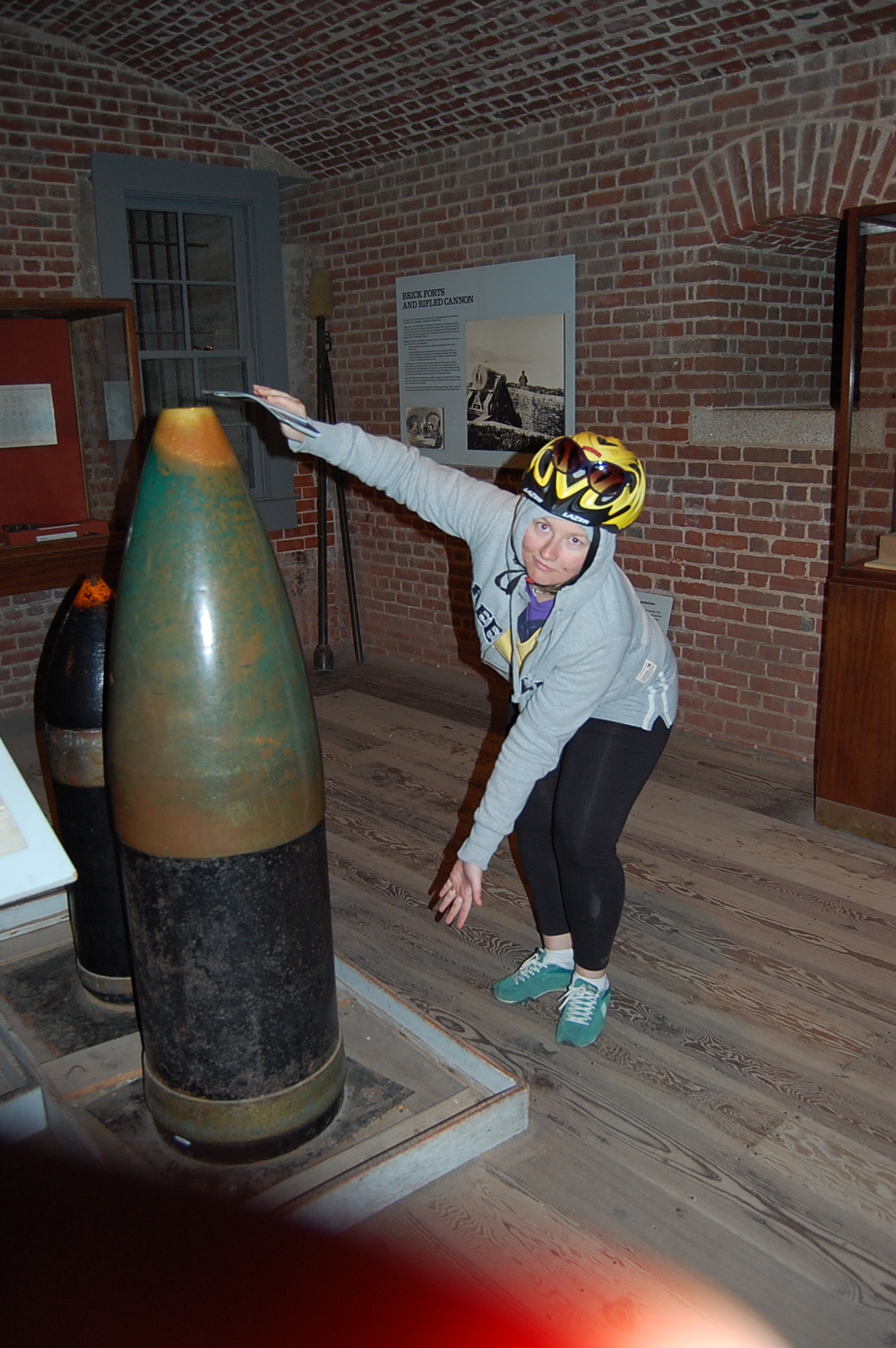 Yes, yes.  We went on the cable cars. That was really pretty, too.  Although a real relief, because I have no idea how people go up and down the hills of San Francisco.  When we were riding in a taxi down to our hotel, I was clawing Mr. B the whole time because I thought his breaks would give out at any moment. 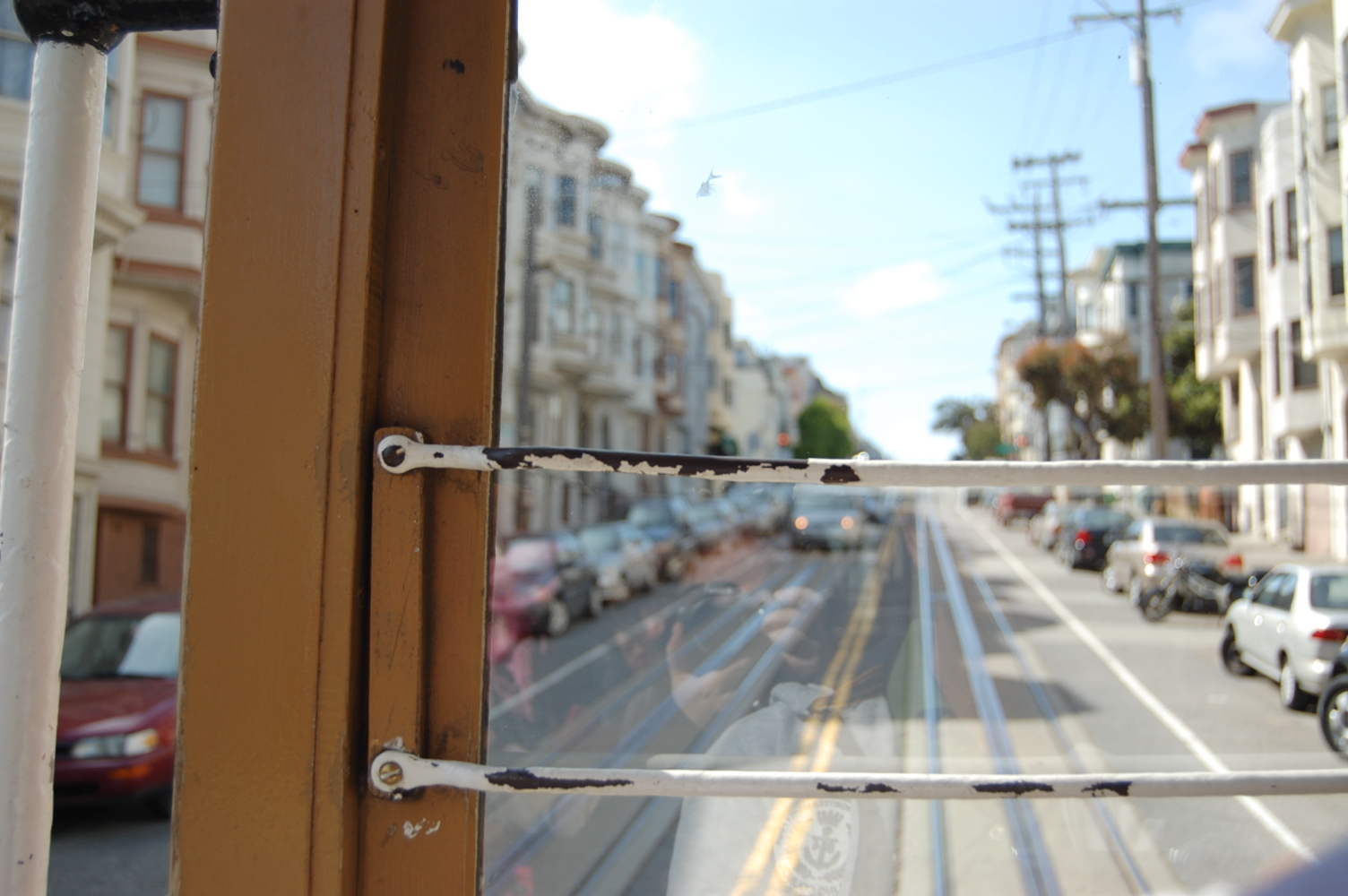 And then we went to the Contemporary Jewish Museum, which was really, really, really cool and the ONLY Jewish thing I didn’t know about in the Western Hemisphere.  Although, we couldn’t take any pictures inside since everything is copyrighted, which is a real shame.  And there was a chow-chow by it, which was like a sign that Jews are awesome.  Because chow-chows are the chosen dogs.  Or at least dogs that look most like pillows. 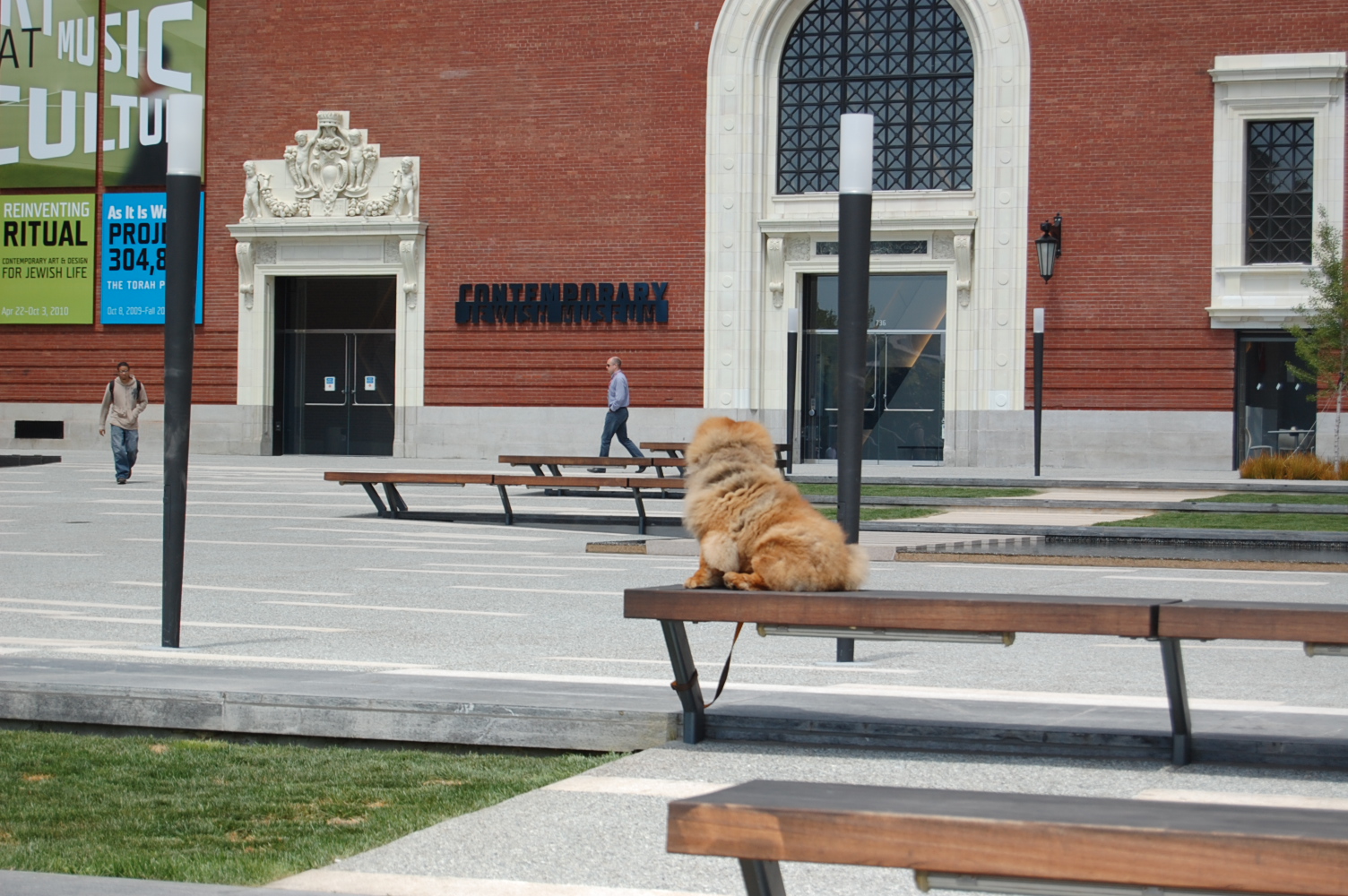 Then, we went to Alcatraz, because I wasn’t tired of being cold and windy yet.  Mr. B wasn’t enthused with the idea, because, according to him, “Alcatraz represented everything that was wrong with the American correctional facility system before the idea of rehabilitation arose,” but I said, screw it, I really want to go to creepy places, so we went to Alcatraz.  It was cold.  Did I mention that? 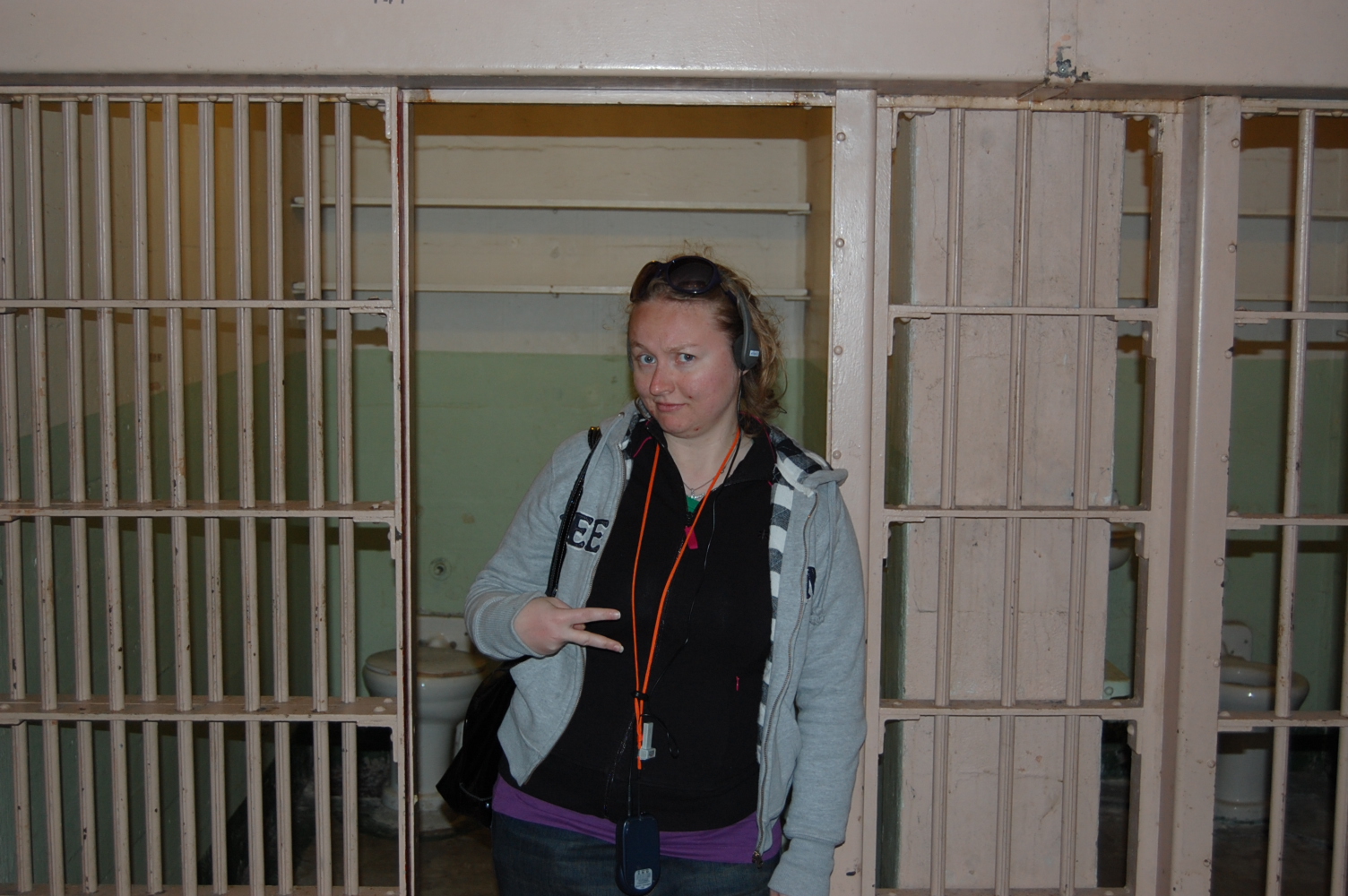 You have no idea how many layers I’m wearing in this picture.  Also, I think I wasn’t happy about the fact that Alcatraz inmates got balanced and healthy meals every day, which is more than I can say for moi.  Mr. B doesn’t believe in karma and spirits and all of that, but I was definitely creeped out by the aura on Alcatraz.  I think, despite the fact that there are hundreds of tourists that go there every day, there is still a bad atmosphere at the kinds of people there. What really creeped me out the most was seeing the morgue and learning about Alvin Karpis, who had his fingerprints removed and walked on his toes. I also learned something I didn’t know: that American Indians moved onto the island to “reclaim it” for North American tribes in the 1970s after it was disbanded.  The bad aura, plus the constant windiness, discouraged them as well. 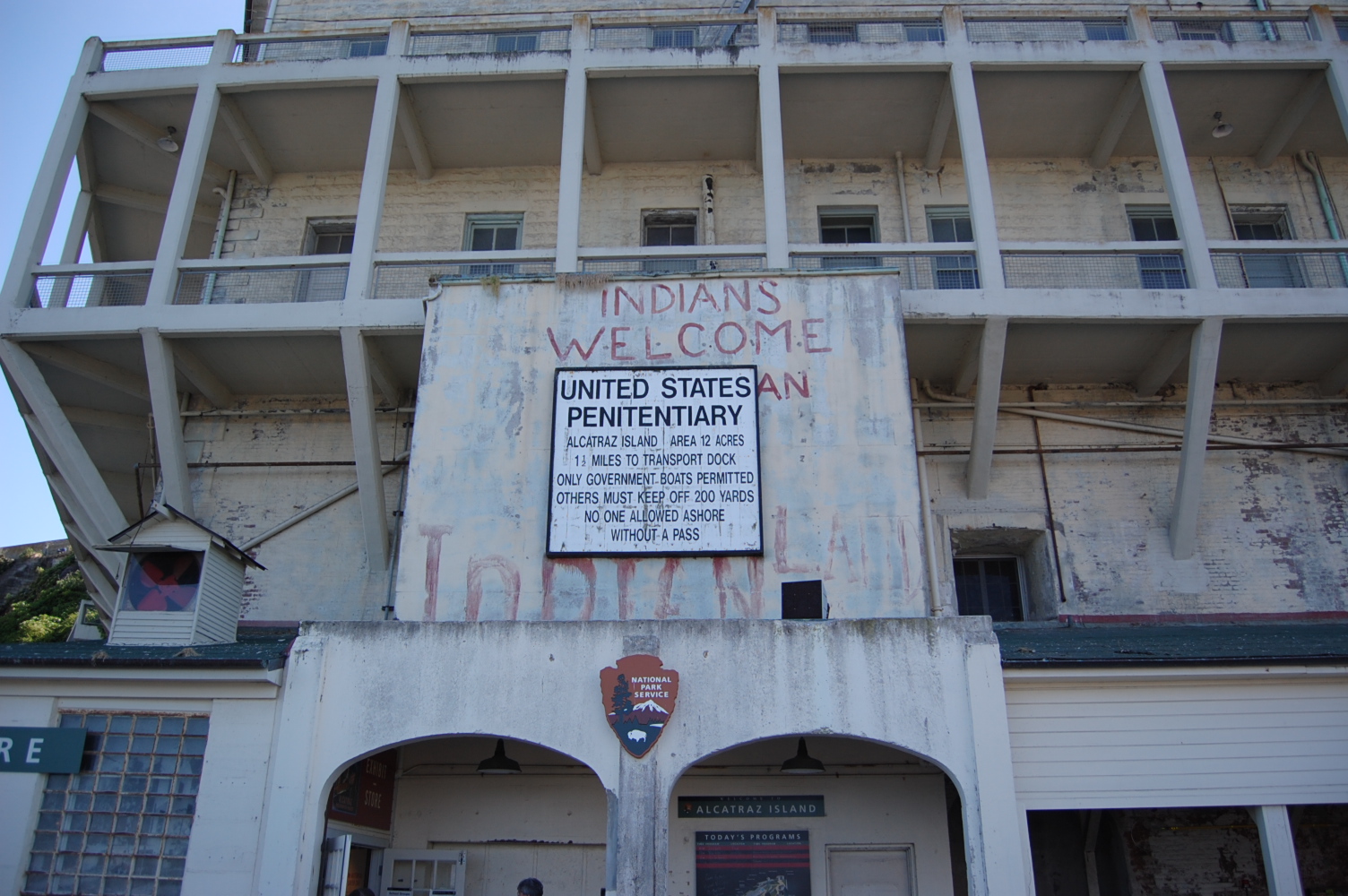 That night, our last in San Francisco, we went to a really horrible comedy club, that for some reason, was given a 5-star rating on Yelp.  Probably because everyone that rated it had drank as much as I had to ease the embarrassment of laughing at horrible jokes. But it was so bad that it was funny.  And with that, Mr. B and I were ready to get out of town and drive down the coast.

The food in San Francisco was delicious all throughout, though. Sushi, huge breakfasts, smoothies.  Good thing the wind swept all the vacation weight away. 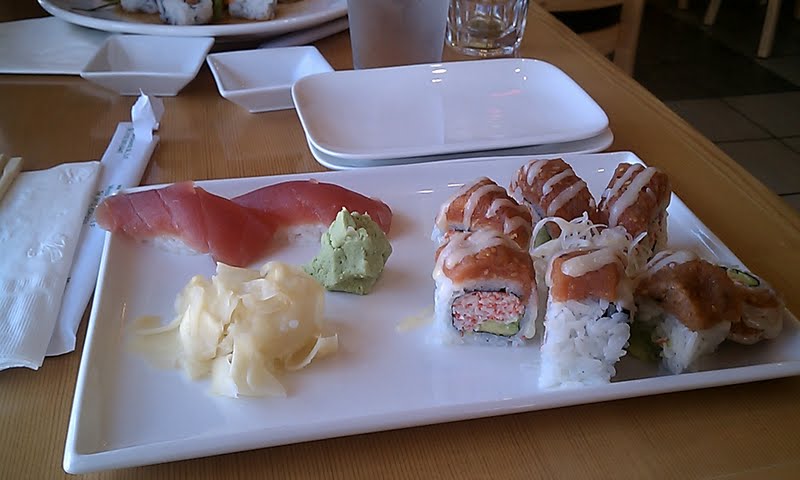 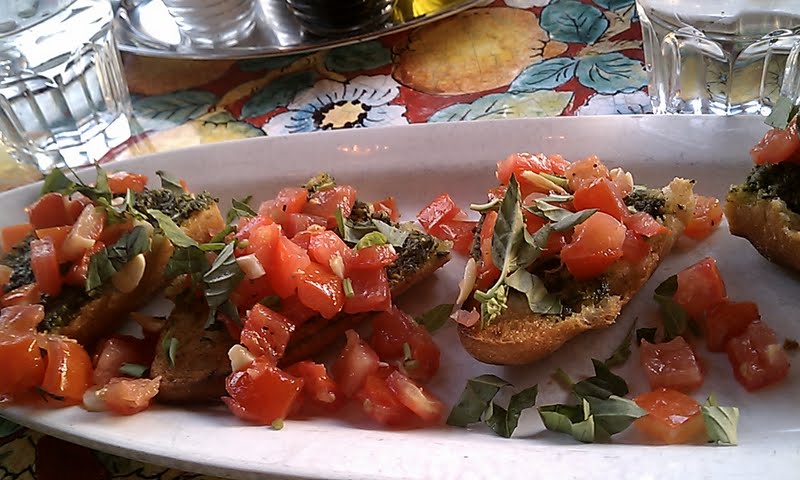